The Editor and The Messenger 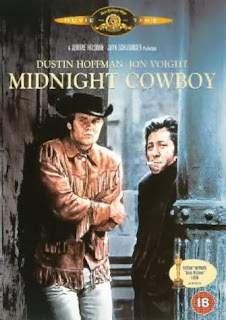 THE uproar over the unpleasant encounter between financial journalists and the Securities Commission in connection to an investigation on the exit of Kenmark Industrial Co (M) Bhd's substantial shareholder Datuk Ishak Ismail has yet to fizzle.

The issue has raised questions on the capital market regulator's understanding of the duty of journalists and their need to honour the confidentiality of their sources.

The latter is a cardinal rule of journalism. At this point, the extent of which journalists are legally bound to follow a directive that could result in jeopardising the identity of their sources while assisting in investigations is still untested in the country.

To date, the SC had summoned four journalists, one each from The Star, Business Times, The Malaysian Reserve and The Edge, to give statements in relation to their write-ups about the troubled furniture-maker.

Malaysian journalists have generally been spared from being cast as scapegoats by the authorities, but the recent encounters with the regulator demonstrate that journalists can inadvertently be caught in the eye of the storm and find themselves at the ugly end of those who wield the big stick, for merely doing their job.

It was only right that editors of media organisations and the National Union of Journalists came to their defence.

Indeed, it was uncalled for and unjust if the journalist concerned was made to feel as if it was an "interrogation" and not otherwise.

After all, she was merely assisting in the investigation and not the one being investigated.

On its part, the SC maintained that statements from all the witnesses were taken by experienced officers and that it had full faith that they had acted professionally throughout the interview.

But that's not the end of it. A journalist from this paper was later directed to surrender her mobile phone for a forensic team to extract data from the device.

It is unprecedented for a journalist to be compelled to do so, as the act itself will put at stake the trust that the confidentiality of sources will be protected at all times.

The Centre for Independent Journalism was spot on by saying that the manner in which the investigation was carried out showed that the SC did not understand the responsibility and duty of journalists, which is to provide information to the public on matters of public interest and to honour confidentiality agreements with sources.

Granted, the SC can call anyone to assist in investigations into breaches of securities laws under Section 134 of the Securities Commission Act 1993. This is in fact what the public is expecting, especially in high profile cases.

But, in pursuing perpetrators of securities offences, the regulator needs to be mindful not to sweep everyone assisting in the investigations with the same brush.

Going forward, it is vital for the SC to strike a balance on how it exercises its investigation owers to enable journalists to maintain their professional ethics while assisting the regulator in the investigations.

It certainly does not benefit the SC if it fails to exercise its wide powers with great care or for the Press to retaliate by boycotting the regulator, as has been suggested, in the long run.

In fact, this expectation transcends the SC, as it is also applicable to other regulatory bodies and authorities such as the police, the Malaysian Anti-Corruption Commission and Bank Negara Malaysia.

This is certainly not the last time journalists will be summoned to assist in investigations. And, it is best for everyone to exercise their powers responsibly. We need each other.

That piece of Editorial expressed the crux of the issue. Well enough that the evil doers are restless and sent their own message through their messenger.

Sources within the strange looking building at Bukit Kiara said the SC Chairperson's reaction was to her anger at Rocky, bloggers and journalists for the exposure on her husband.

Let us replay some suratkhabar lama below:

Isyoda Corp Bhd’s top company officials and major shareholders have made a RM17mil voluntary general offer (VGO) for the remaining 36.02% stake in the loss-making engineering firm.

Azizan and Ding are also directors and major shareholders of Swift Garden Sdn Bhd, which is also involved in the VGO.

They asked Isyoda to undertake a voluntary withdrawal of its listing on the main board.

The company says it will convene an EGM for the shareholders to consider the takeover offer.

Isyoda Corp. Bhd announced that the shareholders have approved a MYR 17 million privatisation plan, paving the way for the main board builder to be taken off the stock market in June, 2009.

The company plans to remain in the construction business even after going private and will complete all projects in hand. The rising costs was one of the main reasons the company wanted to go private.

Once private, it will be able to make changes to its business faster as it seeks to become profitable. For now, however, the company has no firm plans on how it plans to grow. It will spend the next couple of months studying how to re-strategise the business.

The irony is she is not angry for any lies or misinformation or wrong details made in this blogs previous posting. Neither is there is denial coming forth from her or her "Mrs."

By May, both Isyoda and Sunchine were sued by GMC Fleet. Is that coincidence? "Mrs" Dato Azizan has share in Isyoda and Isyoda has contract in Shah Alam Hospital that was secured while it was listed.

The irony is she is not angry for any lies or misinformation or wrong details made in this blog's previous posting. Neither is there any denial coming forth from her or her "Mrs."

There is no blogger coming to her and "Mrs" defense. Other than words of caution by some commentator, there is only Jurublog delivering not-quite-a-defense rebuttal.

If that is the lobe defender of her, why is it done by this lone Khairy's paid Setiakwan blogger? Typically, their understanding of defense is to cook up a lie or wild allegation. Their hope it will raise a different ruckus and steer a diversion. How adolescent?

Jurublog is not so anonymous a blogger. But he is rest assured. Unlike Setiakawan blogger, his identity is safe with us. The unwritten code of not exposing the identity of other anonymous bloggers until such time they reveal thmselves is honoured.

According to him, his friends are crooked journalists who gets paid money to write lies. By his not-so-common common sense, everyone in journalism are assumed to have the same moral fibre as his friends.

Thus the whole episode is viewed as money rolling in to BK Siddhu and Rocky. And this blog is just playing to the gallery. All the issues discussed is of no consequence and is deemed irrelevent. The world works only on conspiracy, self interest and hidden hands. Here is his link.

With such a worldview and scepticism, Jurublog was willing to be a hired hand in Khairy's Ketua Pemuda Campaign to spun sweet lyrics of Khairy. No point trying to deny. Your people have confirm what we already knew back then.

In the course of the campaign, Jurublog will defend and make the corrupt Khairy look whiter than the teech of the Minstrels on Darkie toothpaste. But that is services rendered for money paid.

Campaign is long over but why is he voluntarily defending Zarinah now?

It means he still have soft spot for Khairy. The exposure on Zarinah will establish the links with Kalimullah, Nor Yakcop and many other personalities. Khairy too. That may have made this Khairy's boy restless.

Nevertheless, despite my bad mouthing, Jurublog's has every right to express his view, even if it is questionable. But the least he could have done was to provide details or sound reasonings, if proofs is beyond him.

By using cooked up stories and character attack (Opps ... so did I) to play this game, Midnight Cowboy should just retire his long jacket and hat.

No more playing with the grown-ups. Just stick to correcting spellings, grammars, punctuations, commas, and semi-colons. Join us later when he is right and ready.
at 7/04/2010 12:30:00 PM

actually the messenger also a Whistle-blower, so they are protected by Whistleblower Act.

So why we need to learn in University, if the messenger is not protected.