Bullets for the Opposition 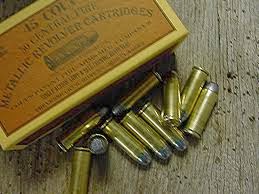 A typical UMNO totok (fanatics) would scorn at those that raise issues that later be made viral by the opposition against leaders, government and the party. Their usual argument is why give bullets to the oppositions and who the hell are you tell so and so.

Dato Abdul Kadir Jasin, Outsyed The Box, Din Turtle and many others are being attacked by other UMNO totok bloggers or probably directed to attack by certain people for their critical concern on the leadership's weakness that could be detrimental to the party.

Kadir hardly gave away any information but merely giving cynical commentaries of event that has it's weight of truth. His personal and business affair is being dissected but his message not rebutted.

For two cautionary postings and a photo with Tun Daim Zainuddin and Syed Akbar in Outsyed the Box, Firdaus Abdullah @ Apanama is being brushed in the same stroke by some left out bloggers. His short posting seemed to attract supporters with interesting rebuttals.

Someone alerted us that blogs Helen Ang, Rockybru and The Unspinners is having problem of access. Being long in this game, it is not too difficult for us to guess the probable players and paymasters indulging in such dirty tricks of firing your own.

For us, to each his or her own.

However, such bloggers only made themselves look intellectually challenged for being unable to differentiate between message and messenger and between public figure as subject of public attention and blogger's freedom to express.

It is more pathetic when such blogger hardly bat an eyelid against those person doing the booboo or  committing offense and unethical practise.

They attacked fellow bloggers' right to expression without giving a ponder that it is never the writers and bloggers that gave the bullet to opposition but the leaders and top people in government that is doing so. 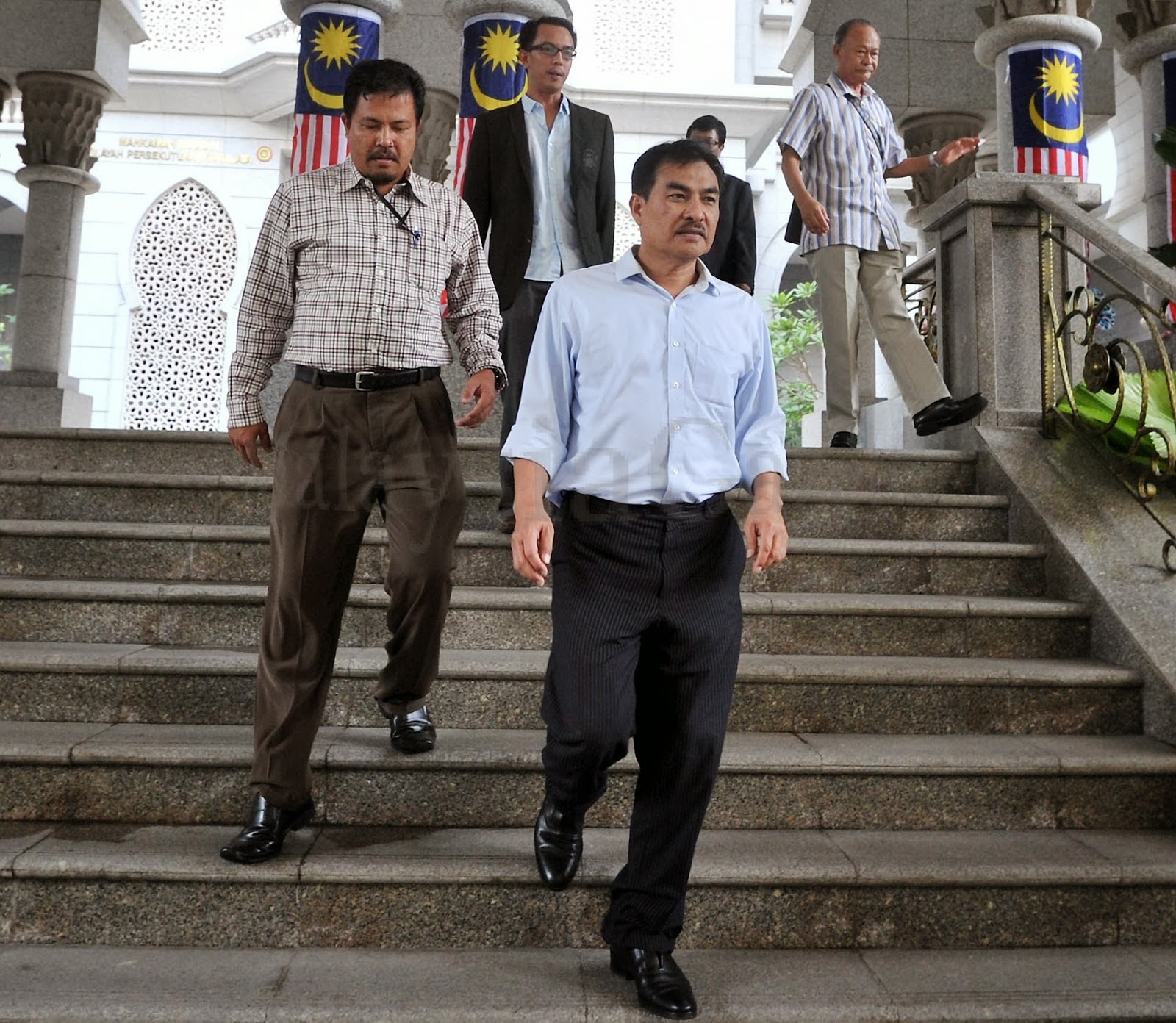 In the case of the supposed charges for corruption against Dato Suhaimi Ibrahim, why are too few bloggers raising this issue?

This blog wrote of Suhaimi's alleged involvement in the leakage of the 1Azam fund here. The fund is meant for programs to boost the income of the poor and those in the lower income.

Yours truly was reliably informed that he was supposed to be charged on the day or at around the day Dato Seri Anwar Ibrahim announced his candidacy.

Bigdogdotcom here wrote about it yesterday and he quoted news clippings from The Malaysian Insiders. Today, The Star reported an MACC panel want the Attorney General to explain their retraction. Read here.

The mastermind of the laughable Kajang move, PKR's Rafizi Ramli seized on the opportunity to call for a press conference. He is likely to play the game to accuse political interference and toy around the fact that 1Azam was money meant for the poor and low income. 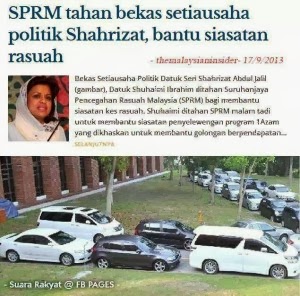 Although cleared by MACC, he probably could not resist linking Suhaimi to Dato Shahrizat Jalil and NFC since Suhaimi was her former political secretary.

Was there an attempt to interfere?

In the political circle, it is widely known that Suhaimi have been following Dato Hishamuddin Hussein Onn everywhere during the UMNO party election. Hishamuddin could be unnecessarily implicated for this coincidence.

No. It is only party leaders and the Attorney General office, specifically Tan Sri Gani Patail himself, that has to answer and explain.

Gani is still in hot soup for wrongful prosecution of the PKFC financial scandal.

He had retracted three charges against Dato Chan Kong Choy based on the acquital of Tun Ling Liong Sik.

The charge on Ling was strange because there was no  basis to prosecute Ling who unless proven otherwise, merely brought the paper prepared by government officers for cabinet approval.

The real beneficiary of the PKFZ financial scandal is scot free. 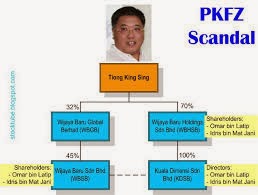 By the way, the financial number is not RM10 billion as bandied about by Lim Kit Siang but significantly less. Late blogger Ancient Mariner overestimate the number by compounding interest and wrongly included the outstanding non-guaranteed bonds.

If it turned out that there had been interference, would the government and ruling party get into a hot soup?

It should be an emphatic yes.

Finally, shouldn't we avoid such embarassing perception on the party and government before it happens?

For those staring at the floor, at least nod the head and acknowledged who actually gave bullets to the opposition.

It reminded us of a certain Dato PMO secretary who usually find it hard to understand such concept. "Janganlah ... " he would usually say to persuade so as not to be too determined but avoid explaining the issue and anything wrong in principle.

The bigger puzzling question is why allow the ever fumbling Rafizi steal the show?

Pemuda or Puteri UMNO wing or other wings in BN could also raise the same issue.

This is a concern of the public and the same of grassroot UMNO. It could dispel PKR's attempt to perpetuate a bad image of UMNO and BN and hopefully score some political brownie points too.

Hmmm ... this is problem with feudelism.

Too much waiting for instructions and clearance from Tengku Dato Adnan Mansor or Dato Raof to talk to the boss that no one seems to know how to think and do things right on their own anymore.
at 2/04/2014 12:21:00 PM

It was damn stupid of the wanita umno members to vote in Shahrizat as their Head. It was also very stupid n the part of the main UMNO leadership to allow Shahrizat to contest. All-in-all, Shahrzat is already a liability, enough is enough, and she has to go to save UMNO reputation and integrity. Shahrizat jangan perasaan dia tu hebat serupa predecessor dia tu. Time out dah, game over. The same goes to others in main UMNO leadership.

Money for the poor being screwed up.... This is too much. And you protect these vultures. Don't tell me many more are implicated.

Adoi. And the Pakatan tak de hypocrisy, is it?

"I voted BN" indeed. Pull the other one, mate.