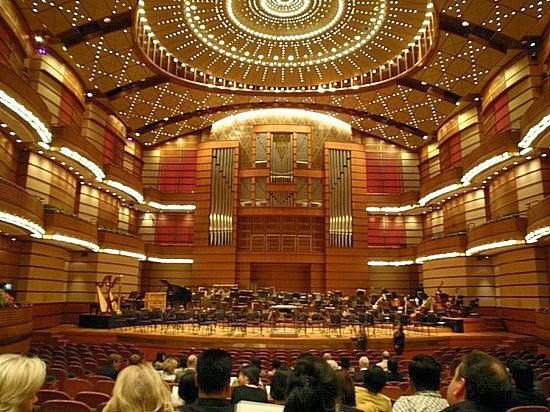 Just returned from watching the Malaysian Philharmonic Orchestra under the conductor Claus Peter Flor at the Dewan Filharmonik Petronas.

Tonight's show started out with Mozart's Piano Concerto No. 22 featuring Till Fellner on piano. There is no recording allowed in the MPO however there is You Tube of another performance of Mozart's concerto:


Making a perfect pair to the successful composer coming to fame in Vienna in the 1780s is another composer out of Vienna in a little over a century later, Gustav Mahler.

The second part of tonight's performance played Mahler's Symphony No. 1 in D which was completed in 1888.

Below is a You Tube video of the symphony performed in five movements conducted by Zubin Mehta at the Tchaikovsky Concert Hall, Moscow, 2011.