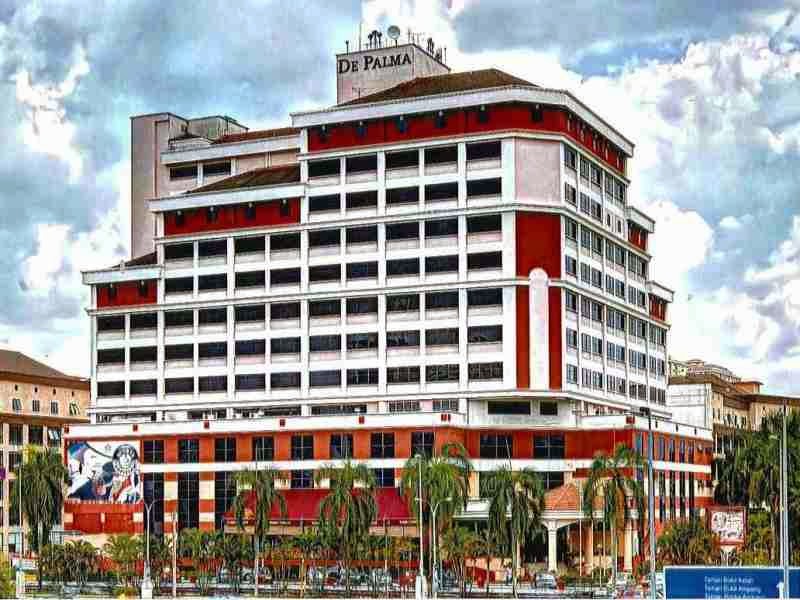 When it comes to corruption, this blog is not racist or aligned with any party. It has to be addressed  without fear or favour. One would expect Khalid to address the low lying fruits first.

In PKNS, it is an open secret that there is openly a conflict of interest and major leakage in the operations of De Palma hotel. MACC have went in, Internal Auditor have went in and name it whose who inside and outside have went in to investigate but nothing happen.

Go ahead and blame the BN because De Palma exist since the time of Tan Sri Muhammad Muhammad Taib who happens be in PAS now. However, PKR and Pakatan Rakyat have taken over Selangor since 2008.

In 2008, Khalid claimed PKNS will be managed professionally and Selangor will ensure a corrupt free administration. Why things remain as usual - open and blatantly corrupt at De Palma Hotel? 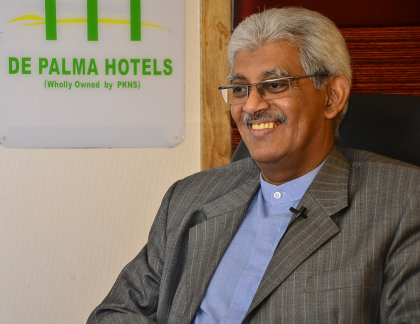 The General Manager of De Palma since it's inception has been Datuk Haji Ilyas bin Zainal Abidin.

He gets paid RM20,000 a month and one would have the impression that he manages the hotel operation as a hotelier.

Unfortunately not, Ilyas is a shareholder of Biztel Sdn Bhd and conveniently the company is in a JV with PKNS in a company to operate the De Palma Hotel chain called De Palma Management Services.

On top of that, he has a permanent residence in the hotel. So it seemed that it is common practise among hoteliers. Strangely, PKNS is paying hotel operator allowance to Biztel Sdn Bhd.

Operators only operate hotels but the expenses like mainteinance, refurbishment, repair, ssalary of staff, etc. is borne by the hotel owner. In this case, Biztel operate the hotel and be paid fees but does not have to worry about profit and loss.

If the name of hotel operator is reknown like Hilton or whatever, they would demand a cut of the profit. Not sure of Biztel.

Any work to be done has to be approved by the owner which is PKNS. Since Ilyas is the PKNS GM for De Palma, he can decide.

All removation work seems to favour few companies like Remarkable Design Sdn Bhd, Adika Design, and Accuride Sdn Bhd. The common factor in all these three companies is Callie Lim and Kelvin.

These Melayus gave to Cina because Cina can be in collusion to give kickbacks and keep quiet. What they do not know is Cina talk with other Cina and eventually this Melayu knows.

One source gave us information that there is such a thing called committee for tenders headed by the Head of Procurement committee, Hajah Roziah Ahmad who happens to be Kontroller  Wilayah Tengah.

The practise of tender is strange and indeed "professional".

In one instance, two or three quotations from companies were using only photostat papers instead of original copies to the approving committee.

Someone can manipulate the committee.

It also means that when MACC or Auditor comes in, nothing can be done and be used as evidence since it is not the original. Those who do not know will say MACC and Auditor is hopeless.

The documents presented to the Committee is a rather shabby work and hardly comply to proper corporate governance, which Khalid talks about a lot before becoming a politician.

There was a case in which the company Selvest Shwan Trading does not have a proper address but merely a PO Box address.

It turns out that in a case one by the name of Allan Mok appeared as Marketing Manager on two quotations for walkie talkie; Unicommercial Trading Sdn Bhd and Allwin Trading Sdn. Bhd. Upon checking, Allwin was a company dealing in textile. The old trick of rigging quotations

As Chief Exco of De Palma Hotel, she gives priority to any payment or claim by De Palma. Suspicious isn't it? Collusion cannot be discounted.

Such practise had been going around for a while and Roziah was dropped before but reinstated as though she would take care of PKNS interest. The problem is De Palma Hotel is not making money but the management company is doing well and getting fatter over the years.

Roziah maybe a Hajah but her marriage and extramarital life is stuff of Hollywood movies with a moderately priced hotel as the setting. It is open secret among the hotel staff that it reflects badly on management.

Rumour has it that she had a supply sponsor for her Umrah. A slut yet spiritual ...


De Palma allowed it's surau, which is big and spacious next to the swimming pool, for Friday prayers. So the hotel and it's management looks good.

But unknown to all, the pious exterior hides a management that is corrupt and scandalous.

Talking of scandal, this is the hotel in which Wanita UMNO Dato Dr Rozaidah was caught for khalwat by her husband,

It was puzzling how she could be allowed to run for the Ampang seats against Zuraidah in the last GE. The moment her name was announced, the police report of her khalwat was spreading like hot cakes around Ampang. She was a lost case before she could even start campaigning.

Her excuse was also not convincing because she never attempt to clarify when it happened 10-15 years ago?

Selangor UMNO was living in the stoneage. They forgot computers and Internet can do. Rumours has it that Wanita UMNO and the bearded one fought for her. She must have one nice bottom to pinch.

Back to Roziah, she was a partner to Hajah Siti Zubaidah to secure a business plot in Shah Alam presumaby the PKNS bbuilding in Shah Alam to sell clothing for raya promotion.

Instead of helping small business people, they were re-renting their plot to them at exorbitant rent rates. Atas angin they say. Something Jews are very good at.

What did Khalid do about it? Nothing.

All this is known but what did those professionals in PKNS Holdings, who is supposed to be the boss to these corrupt but pious looking government servants, do about this?  Nothing!!!
at 2/20/2014 05:28:00 PM

Wow, this like you can have your cake and eat it while having the other guy's cake and eating it too. Sure going to die of cholesterol soon. What a financially sound life people are having in PKNS.


once upon a time there is a spa in De palma ampang which was very famous for some reason.