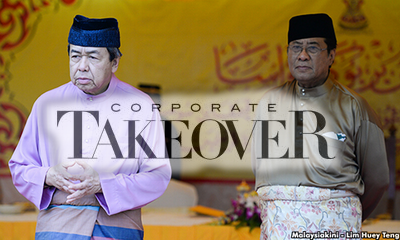 At yesterday's open house, the Selangor leadership crisis was the conversation of the evening.

The latest move by Dato Seri Anwar Ibrahim's boneka, Datin Seri Wan Azizah Wan Ismail to get 30 statutory declaration of support puzzled everyone as to why Tan Sri Khalid Ibrahim wants to stick around.

The answer is he wants to take it to the Assembly to do a vote of no confidence on him. All one need to do is to read back history on the Ming Court incident in 1984. It was an attempt to topple Sarawak's then Chief Minister, Pehin Sri Taib Mahmud.

All had gathered at Ming Court and as one old journalist who witnessed it described, "We have the numbers!" to requote Anwar's words used again by Wan Azizah. But, when it was near the time to do a vote of no confidence, there was no motion to do so.

Frankly, any "surat sumpah" used by Pakatan Rakyat politicians in their game of perception is as good as "sampah". Remember how the late PI Bala flip flop on his Statutory Declarations and Deepak too on his statements.

Another answer lies in Khalid's own words to want to cleanse his name.

And, one interesting part, which not many players, from both side of the fight - in PKR and Pakatan Rakyat (no blaming UMNO cause they don't bother) - did not realise is that Khalid is not playing politics but his approach is typical in a corporate board room tussle.


Raja Petra's opening remark in his posting, "It's not about Khalid Ibrahim any more" said it right:


The debate is still raging as to whether Khalid Ibrahim is still legally (or morally) the Menteri Besar of Selangor.

Some even quote the Perak Crisis of five years ago as the precedence in which to remove Khalid, while at the same time saying that the way Nizar Jamaluddin, the Perak Menteri Besar, and Pakatan Rakyat, were removed is wrong, even if the court upheld HRH the Sultan of Perak’s decision. After all, say these critics, the court will do what it is told (by the Barisan Nasional government, that is). Hence we cannot trust the court.

Different lawyers and legal/constitutional experts have different opinions. That is how lawyers make money — by arguing these differences of opinions in court. If the law is clear then no need to go to court. Only when it is ambiguous and is not clear do we need to go to court and make lawyers rich.

In this case, the avenue to resolve dispute is with the state assembly and istana.

Unfortunately, both the PKR and DAP politicians including Anwar's supporters in PAS have been disrespectful of his royal highness that they can only get a by-the-book treatment from the Sultan. 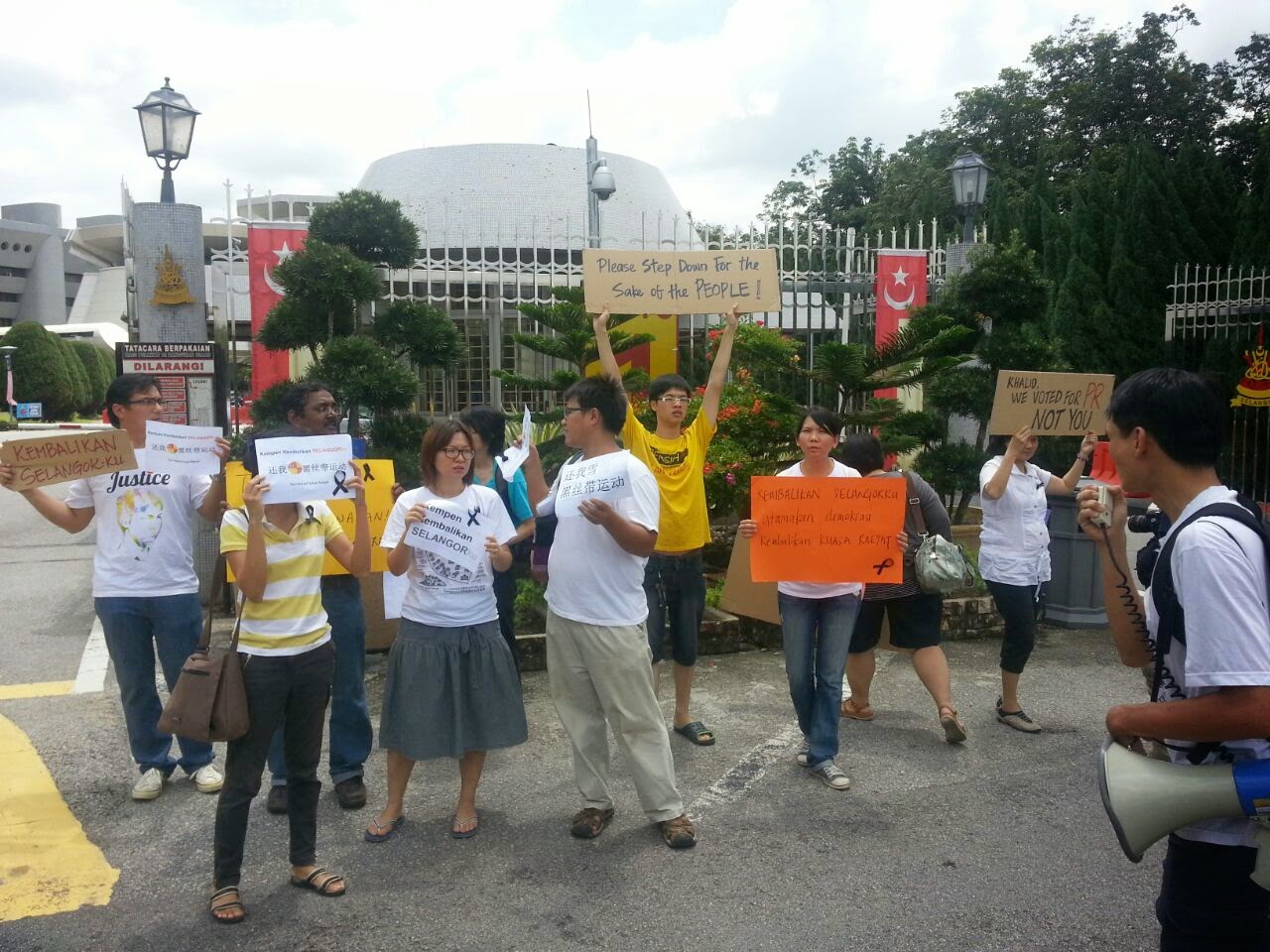 Instead of trying to win the favour of Sultan, they hired a handful nuthead, perhaps reflexologists massuseses from China, to further bring out his royal highness's anger by calling for a return of power to the people.

It only shows how legally illiterate and lacking in common sense these Pakatan supporters can be. They have a tactfulness of a bull rampaging through glass walled showrooms.

Khalid is playing his card in accordance to the "Code of Mergers and Takeover". It is unlike Pakatan Rakyat, whose argument is emotional and purely political as mentioned by Raja Petra. Eventually, they will have to deal with the issues Khalid placed upon them.

In a corporate game, it does not matter whether one has 20% or 15% equity but what matters is to achieve legal control of management, by hook or by crook but legally plausible.

One should realise that immediately upon clinching the legal rights to stay, he did what any corporate player would do and that is to sack the opposing team representatives on the Board of Directors. He should sack more but he need to stay legal within the four exco members.

The PAS exco members are bound by their party loyalty, in which they are effectively proxies to the real "shareholders" aligned to Khalid.

Then only the soft approach to persuade or cajole support comes into the picture.

One thing corporate players do not do is to play on too many issues and fronts like what Pakatan is doing. They pick the front they want to fight and it must be the one advantageous to them. The whole game is usually about pulling the opponents into their preferred front to fight.

Khalid has shown more of his card yesterday and it is still the same issue he started with regard to his dismissal. That is the front he wants Anwar to come to. [Read here]

His lawyers told the press that the statutory declaration is all show. What matters is inside the assembly hall. [Read here]

So why is Khalid cool and confident?

Another lawyers said PKR had no legal basis to sack Khalid.

On top of that he said PKR had breached it's own party constitutution. The Act related with society registration specify that when a party breaks it's own rule intentionally, it will be de-registered. [Read Malay Mail Online here]

Pakatan can play all the sentiment games they want including pressuring the lawyers [ Read Rakyat Post here and The Star here] but the pressing matter, which they have been ignoring, is the legal issue on the dismissal of Khalid.

PKR had also open themselves to more potential liability by raising issues which had defamed Khalid. That will be another front that will push further Anwar, PKR and DAP further into defensive mode. 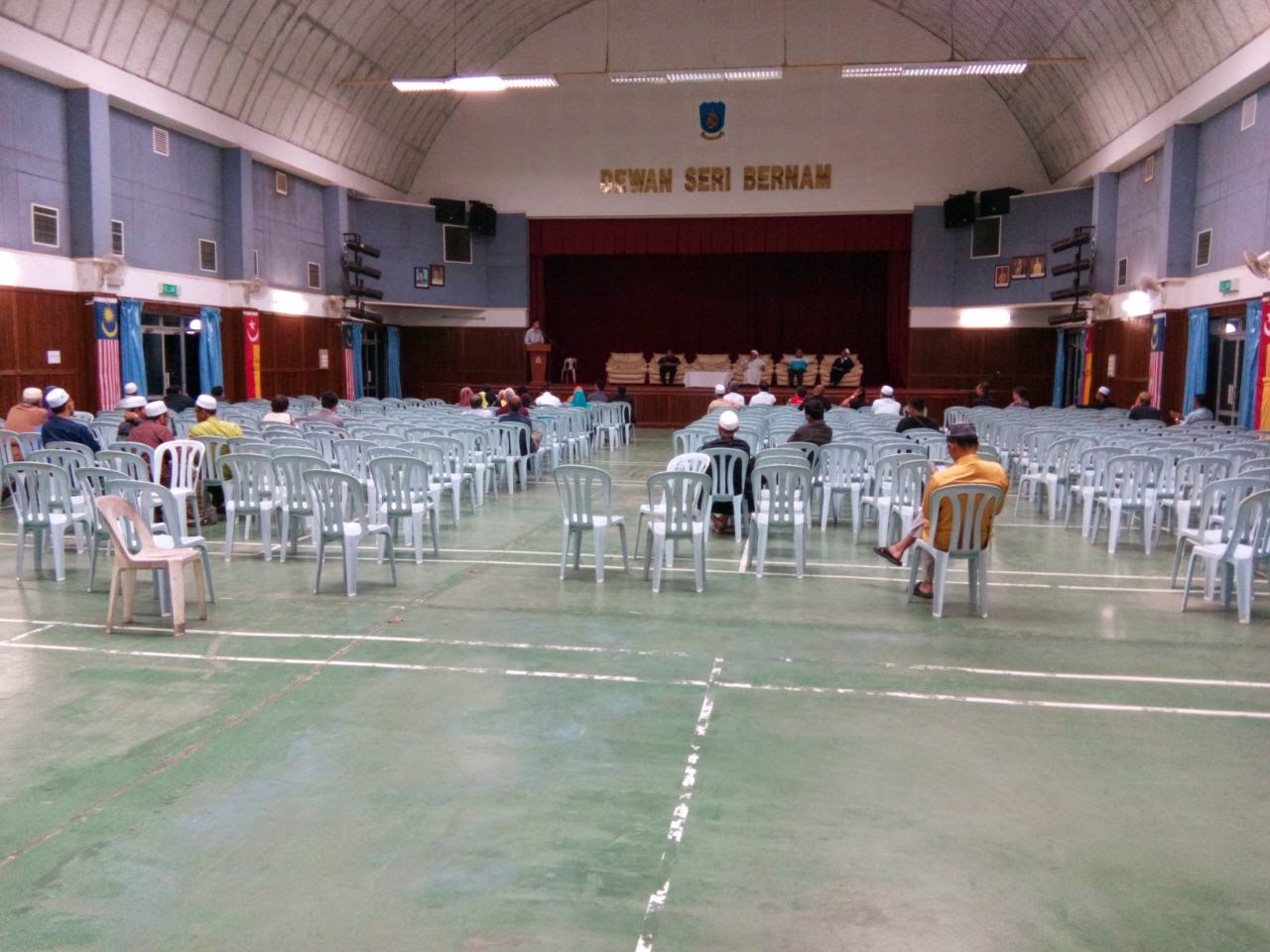 DAP already have long standing issues with ROS on their two election of the Central Committee. While, reports on PKR's faulty party election have piled up at ROS for a long time.

Both are ripe for the taking especially with Selangorian and party grassroot are disgusted with the current Kajang Move episodes.

As for PAS, better preserve themselves and let PKR and DAP have their headache. If they decide to vote in favour of Wan Azizah, it is a wasteful move. By the refusal of his royal highness to receive her attendance, Wan Azizah will not get selected by his royal highness.

Voting in her favour tomorrow means PAS Central Committee made a decision against the wishes of the PAS Spiritual Leader, Dato Nik Aziz Nik Mat, President Dato Seri Haji Hadi Awang, various wings and grassroot who have expressed their disgust for Anwar, directly or indirectly.

The grassroot have long expressed their disgust openly. 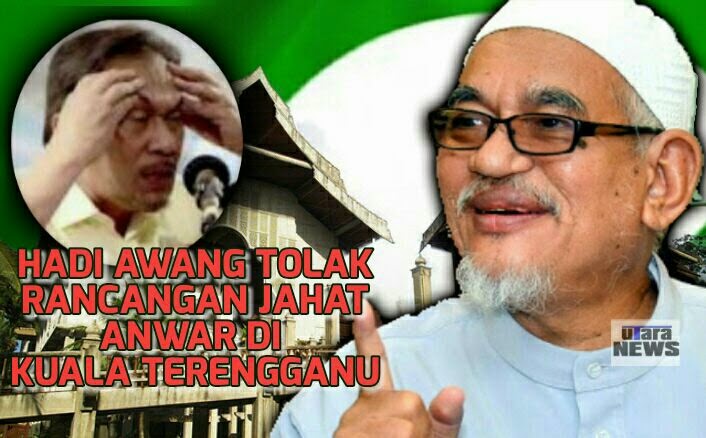 For too long, PAS have been disgraced, ignored and ridiculed by PKR and DAP. It is time they assert  themselves in Pakatan.

If they play their card right, PAS could be in control of Selangor government and eventually, have Iskandar Samad as Menteri Besar. It will help elevate PAS stature in the long run and no more seen as party for kampong folks.

Quality and depth of PAS leaders is not there but with MB candidate like Iskandar, they are more palatable than having PKR and DAP in control of government and raping the RM3 billion in MB Incorporated.

The question is, do PAS leaders like Khalid Samad, Hanipa Maidin, Husam Musa and other rampaging bulls in PAS knows how to play the card properly.
at 8/16/2014 12:45:00 PM

BEFORE CAN IN PERAK, NOW CANNOT IN SELANGOR?
THATS WHAT KHALID & UMNO ARE SAYING?

REMEMBER...PRIORITY FOR AUDIENCE WITH THE MONARCH WAS GIVEN TO THE ONE WHO CLAIMED TO HAVE MAJORITY!

THEN ONLY TO THE ONE WHO LOST THE MAJORITY.
WILL THAT BE THE SAME WAY IN SELANGOR?

SOME PEOPLE PREFER TO HAVE SELECTED MEMORY LOSS!
I WONDER WHY!!

THE following is the media statement issued by the office of Duli Yang Maha Mulia Paduka Sultan of Perak, Sultan Azlan Shah, which was signed by the ruler’s private secretary, Col Datuk Abd Rahim Mohamad Nor:

Yang Amat Berhormat Datuk Seri Mohd Najib Razak, Deputy Prime Minister of Malaysia, also requested for an audience with his Royal Highness in his capacity as the Perak Barisan Nasional chairman and consent was granted to be present before his Royal Highness on Feb 5.

Yang Amat Berhormat Datuk Seri Mohd Najib informed that the Barisan Nasional and its supporters, now comprising 31 state assemblymen, had the majority in the State Assembly.

On the order of the Duli Yang Maha Mulia to ascertain that the information given was accurate, all the 31 state assemblyman were to present themselves before Paduka Seri Sultan.

After meeting all the 31 assemblymen, DYMM Paduka Seri Sultan of Perak was convinced that YAB Datuk Seri Mohammad Nizar Jamaluddin had ceased to command the confidence of the majority of the State Assembly members.

His Royal Highness had used his discretion under Article XVIII (2)(b) of the Perak Darul Ridzuan State Constitution and did not consent to the dissolution of the Perak State Assembly.

YAB Datuk Seri Mohammad Nizar Jamaluddin was summoned to an audience with the Sultan to be informed of his Royal Highness’s decision not to dissolve the State Assembly, and in accordance with the provisions of Article XVI (6) of the Perak Darul Ridzuan State Constitution, DYMM Paduka Seri Sultan of Perak ordered YAB Datuk Seri Mohammad Nizar Jamaluddin to resign from his post as Perak Mentri Besar together with the members of the state executive council with immediate effect.

PAS would keep being pushed around by DAP and PKR, and the so called anwarinas will keep backstabbing PAS from within.

And all they know, like DAP and PKR, is to blame UMNO.

Some PAS exco claimed they want to keep Khalid Ibrahim to prevent UMNO getting their hands on Selangor's 3.2 billion reserves.

Don't expect PAS to prop up Khalid Ibrahim much longer.
They will remain the donkeys of Pakatan and concede this time like they always do.

The best analysis so far..

Interesting. I've never thought of it that way.

Whatever, TSKI certainly has caught our imagination and it's cutting across party lines.
I swear everyday i wake up wondering what will khalid do next.
Do you know many of us are cheering him?
I've just finished reading one Nik NAzmi's complaints about tski. Essentially that he's not a team player, doesn't turn up for prty meetings, events.( I guess that means mesti berguling2 at their umpteenth demo ha ha). If those are tski's sins, my, i just wish there are more politicians like him. Get the work done, no theaterics.
OK kan?
This selangor tussle is turning out to be more interesting than the world cup. Enjoy very much to see the pr crowd get eggs on their faces. They all lah yang honorable, clean, democratic,blah, blah.
Apa catchcall itu hari?
Ini kalilah?
Now repeat after us:
INI KHALID LAH

State constitutions are different. Why compare with Perak?

I think TSKI have very small chances to win this war when two PAS member declared support to DSWA. Almost game over. Anyway, since Sultan abroad he still have more than a week to decide any possibilities to retain his position and also PAS as a ruling party.

It seems that u are the one who has the selected memory. Have you foegotten about the under the tree assembly sitting? Who were they and why?

Isnt it the packatan who adamantly refused to accept the "titah" and they even went all out to show their refusal by planting a tree and sitting under it? Nope?

After making a U-turn, it is the president of PASKI who ends up as the real rubber stamp.

Khalid will form a new party, the third force, the first of its kind in Selangor.