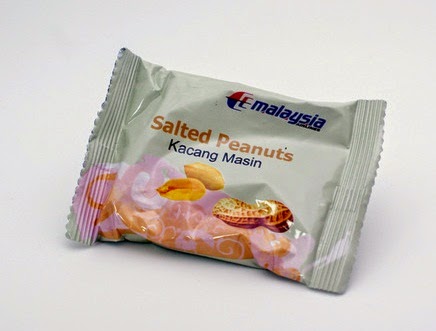 In the good old days of profitability, MAS would serve cakes or cookies as the first meal to help passengers adjust to the new air pressure around them.

Since MAS fall into the hands of Tan Sri Azman Mokhtar when he was at Bina Fikir and then later into the Khazanah Nasional he headed since, passengers were served only peanuts and fruit juice.

Even that there is a jungle Monkey waiting outside quietly supportive of Khazanah another sure-to-fail-again turnaround effort. The animal has no business to comment but it did.

Good thing that Tun Dr Mahathir commented something yesterday. Otherwise, no one realise there is a jungle Monkey waiting for the Zookeeper to giveaway cheap peanuts.

Who would likely be that Zookeeper? 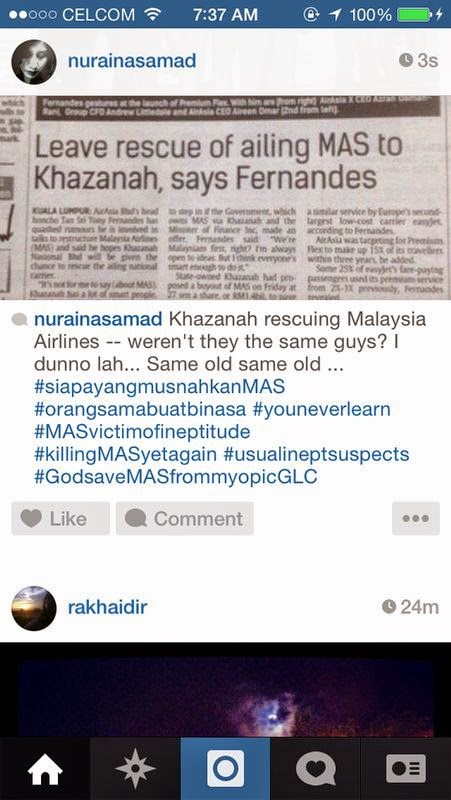 True enough, it is almost like the Malay proverb to give flowers to a monkey. It will just destroy the flowers and they have been destroying it for almost 15 years.

But the Zookeeper is not human but a Monkey in the Zoo giving cheap peanuts to his fellow Monkey.

See below to help see it bigger ... 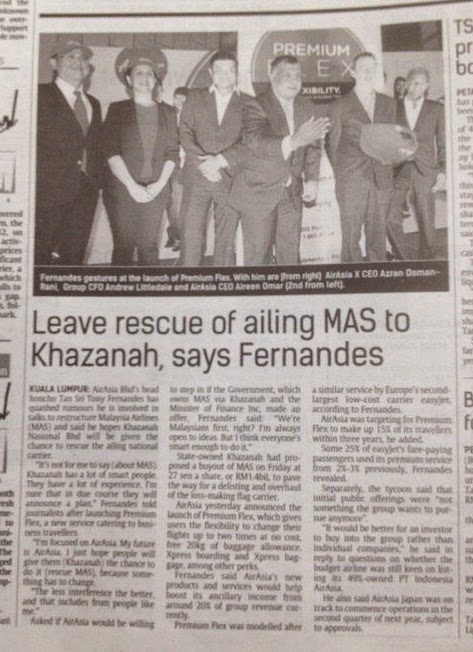 In case, you don't know who we are talking about. This is how the Jungle Monkey looks like ... 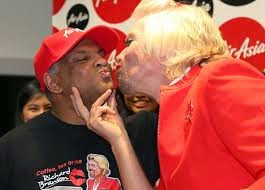 Unfortunately, he is a no no ... for other female monkeys.

The Monkey that destroyed the flower and now a Zookeeper have been helping his Jungle Monkey friend to make his jungle into a jungle kingdom at expense of his own Zoo. At one time, was going to put the Zoo inside Jungle Monkey's jungle. 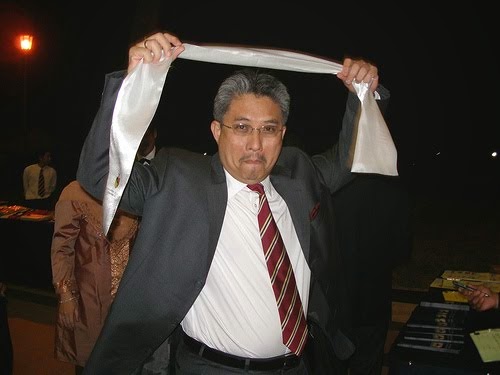 Recently, the Board of Trustee of the zoo in which Monkey turned Zookeeper is a member had invited a Monkey specie to join ... 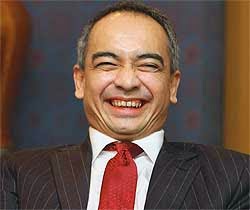 This Monkey specie stand to lose his jungle for allowing Jungle Monkey to borrow his trees. He was the monkey with the money idea of putting the Zoo inside Jungle Monkey's jungle and it could have not only destroy the flowers but all the flora and fauna too. 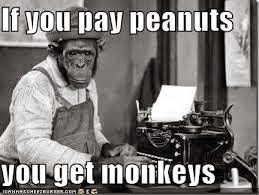 Why then did Monkey turned Zookeeper and Monkey specie helping Jungle Monkey when they are only on paid salary? Their incomes is in the millions and are not peanuts.

Why do they still remain as monkey?


... I think Khazanah’s 100% ownership of MAS will not be much different from its 70% ownership. We are going to see a lot of new people who will receive huge salaries, allowances and bonuses and not much else. That I believe is how Khazanah operates.

The Monkey turned Zookeeper, Monkey specie, animal in the zoo and all their animal friends will make lots of peanuts but Zoo will continue to lose money like before.  For sure.

Jungle Monkey will get cheap peanuts and continue to make his jungle bigger. He will claim that he is a great builder of jungle. It is as though he never received handout but build it from his hardwork, good management and attitude.

Those who like Jungle Monkey will sincerely believe he did not steal fruits from the plentiful orchard. Let us just leave them alone because they like to be treated like animals in a cage and be asked to wait at the airport for 3 hours...!!!
at 8/13/2014 11:13:00 AM

These monkeys are better than the Mamak King Gorila who bought back MAS at RM 7 after the failed privatization using the people's peanuts.

Now only at 25 sen to take it private.

What humbug! Stop treating others as monkeys anymore by giving plastic peanuts.

Sure or not? This is the same guy who asked Tajudin to take over MAS at RM8 per share when the market price was RM4.

Going in for cheap shots, are we?

(2) MSA split into Singapore Airlines and MAS (Malaysian Airline System) because of different priorities adopted by Malaysia and Singapore. This happened when?

(3) MAS (some used to call it "Mana Ada Sistem) had "first mover advantage" in the Malaysian market for how many years?

(4) Then AirAsia came on the scene. When was AirAsia set up?

(5) What was MAS doing from the time it was set up until AirAsia appeared on the scene? What happened to it's "first mover advantage"?

(7) Why is he conveniently shoving the Tajudin Ramli episode into the shadows? MAS was privatised to T R during Tun Dr M's premiership, was it not?

(8) Will Tun Dr M acknowledge that Temasek Holdings did a better job overseeing SIA than Khazanah did with MAS?

(9) Does that mean that Temasek and SIA have better people than Khazanah and MAS? Of course, one can put a racial twist on this, if one were so inclined.

Methinks Tun Dr M doth protest too much, without acknowledging the impact of his administration's decisions with regard to MAS.

The folks in SIA must be wondering just how the heck MAS managed to screw itself up so comprehensively. After all, the 2 airlines did spring from a common parent back in the day.

But the 2 erstwhile siblings have taken very different paths since then.

Some snippets from the Singapore paper's report:

* "In terms of employee productivity metrics, MAS falls short. Last year, every MAS employee raked in revenues of RM772,000, about half that of Singapore Airlines".

* "The airline's last downsizing took place eight years ago and cost nearly half a billion ringgit in payouts to some 2,600 employees. "For a company that has hardly done any clean-up over the years, it's about time they made these tough decisions instead of doing the token layoffs and small tinkerings with staff count," said an astute observer of the airline".

* RHB Research: a 19 per cent reduction in workforce and 10 per cent capacity cut could nearly halve the airline's estimated losses in fiscal 2015 of RM767 million.

* A top executive of a Malaysian firm: "MAS and politics are intertwined. You can't do something to MAS without worrying about its impact on politics."

* "MAS's forceful union has demanded that it has a say in the restructuring plans and has called for the resignation of chief executive Ahmad Jauhari Yahya whose three-year term ends next month..."

The questions to ask, now that MAS is front and centre in the eyes of analysts, bankers and aviation industry professionals, are:

(A) can an airline be run simultaneously as a bottom line profit-oriented business and and role model for affirmative action?

(B) was/is the government at fault for not drawing a comprehensive long-term National Aviation Policy and did that impact adversely on MAS?

(C) can an airline be both "premium full-service" and "low-cost budget"? Which airlines have successfully adopted such a model?

(D) was the government at fault for not bringing in a strong foreign airline as a shareholder in MAS?

(E) is it time to discard the mystique and emotional baggage attached to being a " national flag carrier"? Other countries are not so sentimental (US: Pan American World Airways; France: Air France; Italy: Alitalia; Japan: Japan Airlines; Australia: Qantas; Germany: Lufthansa etc).

OUR GLC BOYS EARN RM10 MILLION OR MORE, DOWNWARDS TO RM 2 MILLION OR MORE ! Just Civil Servants without accountabilit and neither founders nor owners.

Why let's all this monkey ,keep doing all their monkey business ,it's be monkey too which favor another monkey.

niceee bro. i o u abc with lots of kacang.