Without fear or favour, MIC should also be charged 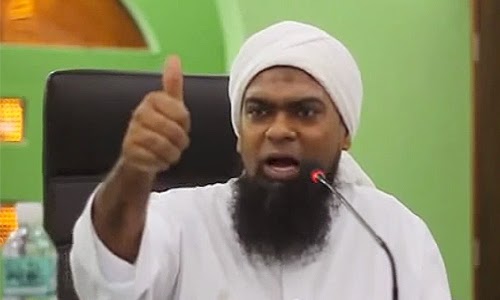 This blog make no bone to express our disgust to discuss Interfaith issues. Faith is something personal. As far as possible, it should remain so and kept within the ambit of the Federal Constitution.

However, it took a legal dimension when conversion by one spouse results in dispute over the religion of the children. Whatever the argument, divorce should be done amicably and religion of children should be resolve within the family and not to burden or divide the society.

The latest involving Ustaz Shahul Hamid Seeni Mohameed Hamid is no indifferent as it involves a Mamak. The freelance speaker is a member of PAS and likely to be part of PAS psywar operating from masjid to masjid and surau to surau. His lawyer is likely to be PAS MP and a mamak, Hanifa Maidin. 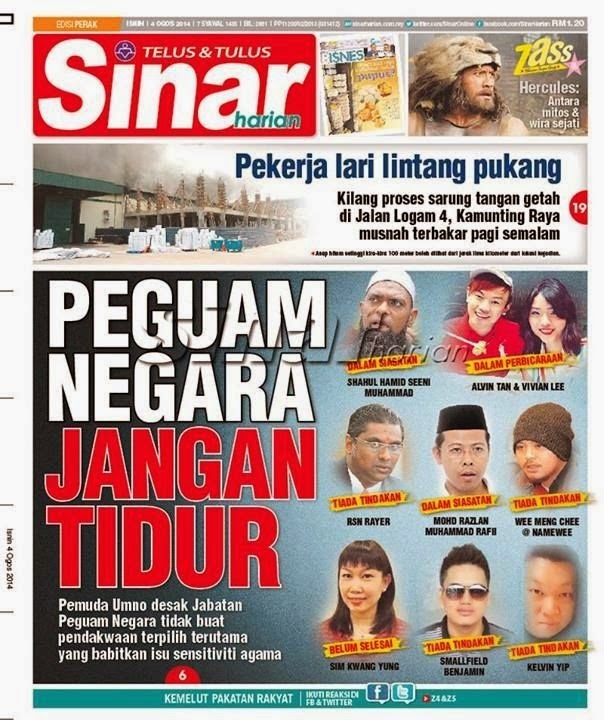 Increasingly, the Malay and Muslim population is unhappy with Tan Sri Gani Patail, police and MCMC. Unless a convincing answer is forthcoming, it lead to a political backlash to BN as  government enforcement agency and machinery is seen increasingly to discriminate against Malay Muslim.

The log arms of the long seemed fast and swift against Malay offenders, justified or not, but not on non Malay Muslims, especially the seditious remarks of DAP Chinese Red Bean Army against Malays and Muslims.

The action on road bully Kiki was swift but the police could not locate and charge a Chinese man,  who is very much recognisable on video for abusing a Malay boy with hands tied and caught for theft.

The latest outcry on AG got even one Ketua Pemuda UMNO Bahagian to strangely gave support to Ustaz Shahul for the seemingly unfair and unjustified seditous charges against him. [Read what happened in MyNeweshub and Malaysiakini here and here.]

Maybe UMNO is trying to talk PAS into a coalition, but it got opposition friendly Sinar Harian to take the risk of giving a front page critic of AG.

Taking an extract from Wikipedia, a description of Sedition Act is as follows


The Sedition Act in Malaysia is a law prohibiting discourse deemed as seditious. The act was originally enacted by the colonial authorities of British Malaya in 1948. The act criminalises speech with "seditious tendency", including that which would "bring into hatred or contempt or to excite disaffection against" the government or engender "feelings of ill-will and hostility between different races".

From a simple understanding of the description, it looks to be that the Indians of Shah Alam are on a selective judgement mode.

The Indian villified Dato Zulkifli Nordin till he lost badly in Indian areas for his remarks on the practise of Hindu religion amongst Malay PKR crowd but PAS supporter Indian could accept Ustaz Shahul explanation.

Though disparaging, Ustaz Shahul and Dato Zulkifli Nordin made those "comparative religous practise" among Muslim believers, which happen to be PAS and PKR supporting crowd. MIC and then Hindraf, respectively made police reports against both of them only many years later.

Ustaz Shahul and Zul Nordin is speaking among Muslim believers. And quite sure Christian or Hindi priests do make similar remarks on the practise of Islam, and others religion. It is only natural to strengthen the faith of their own followers and should not be deem as inciting hatred.

It is those that took the issue outside the confine of the private affair and into the public sphere that has "seditious tendency" which is trying to "bring into hatred or contempt or to excite disaffection against" other faith and "feelings of ill-will and hostility between different races.". 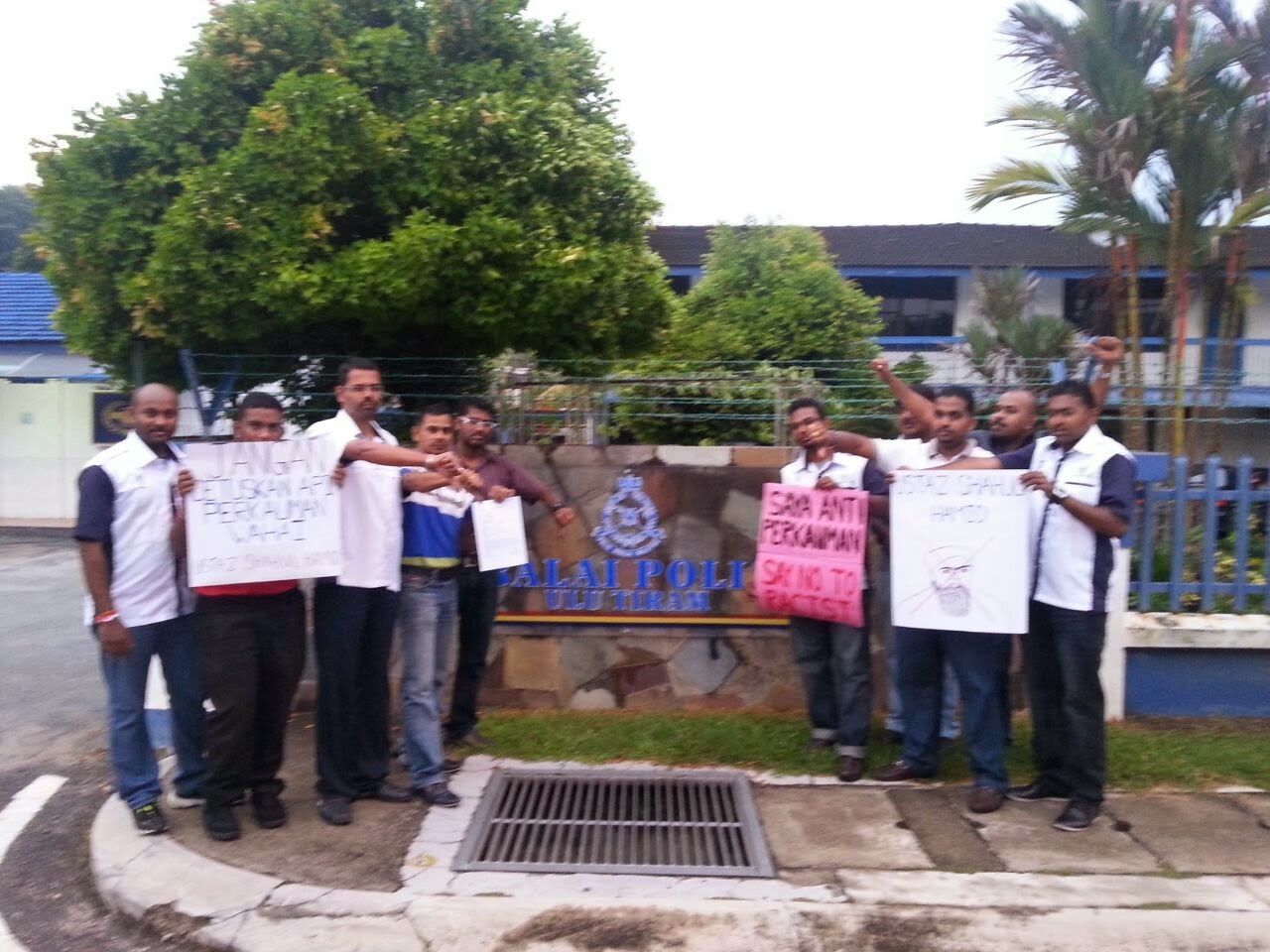 In this case, The Unspinners wrote here yesterday that it is MIC that made the report and make this issue to incite the Indians against Ustaz Shahul that commited sedition. Police report must be made against Dato M Saravanan and Youth leader, C Sivarraajh and AG should respond swiftly.

If MIC so much believe in harmony between different faith, then they should make a report on the following FB commentors: 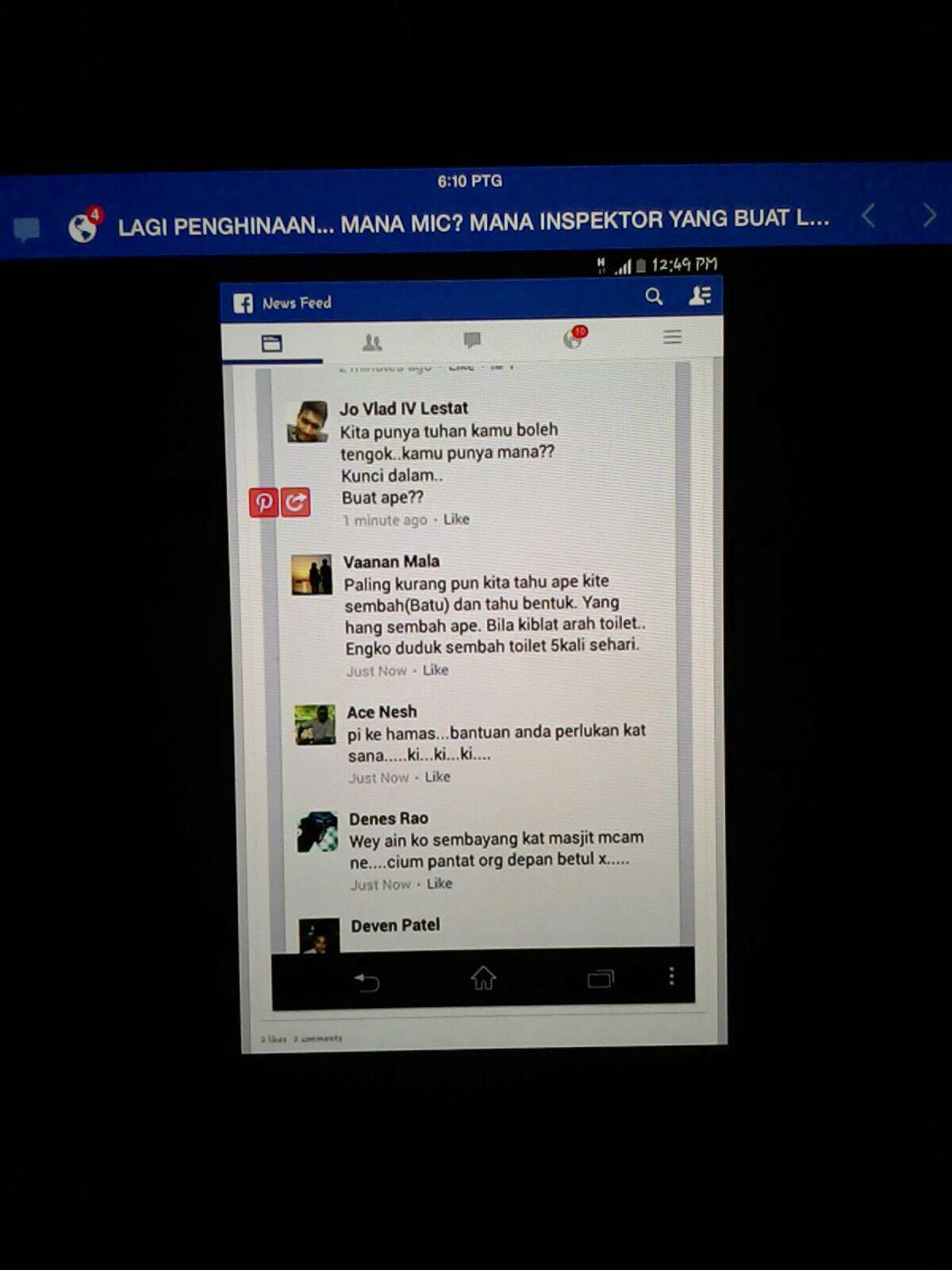 Although he has been rejected for being rough and rude by Masjid and Surau in Penang, legally speaking, Ustaz Shahul answer is fair and he does not need to apologise:

However, one lawyer, who knows Ustaz Shahul's reputation commented in our Whats App group as follows:

Government should act without fear & favour. No to selective prosecution.

Our government today is pro-chinese and anti-malay government led by an idiot who went to the extend to change his name from Najib to Ah Jib Gor in an effort to kiss the chinese ass.This idiot should be removed from office without second thought before more disunity among races happens in malaysia. This idiot is not interested to improve the country well being economically and only interested to remain in power.

What sort of preachers are these who belittle and denigrate other religions to make his followers more faithful?

Fxxx to all liberal and bias judges, prosecutor, lawyers, law makers etc for causing chaos in the country

Not only gani is a mamak, igp tan sri khalid also mamak.

Anwar ibrahim is half indian

How many times it must be repeated the fish rots from the head?

What you're seeing the rest of the carcass had begun to rot at a rate that if it is not dumped then the whole basket will have to be thrown out.

Kadir Jasin seem to see Najib's position is solidified and rightly so because the 2 MH incidences basically negate the 'upstream' sentiment against Najib from the laymans.

Emotion aside, if the upper hierarchy of UMNO and their members not began the purge of these 'WEAK' leadership, then the Malays-Muslims-Bumiputeras are in peril!