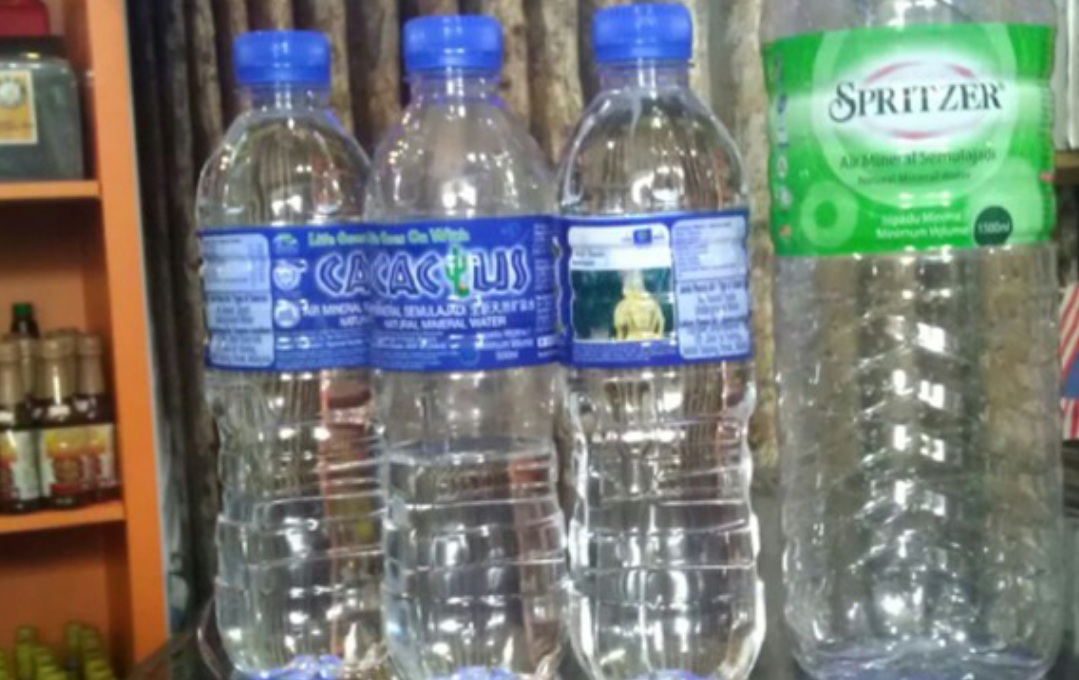 It is something normal to promote interesting places for tourist. Maybe it is not common to them that house of worships for tourism promotion in consumer products but TDC do.

Before anyone start ridiculing PPIM or practise to seek halal certification on water and ice cubes, appreciate that it be stop.

To each religion his own.

In defense of PPIM

While we may not agree with PPIM, making fun of the incident is similar to ridiculing the practices of our religion and the precaution undertaken to ensure our food are spiritually clean and pure by Islamic standard.

Anwar's lawyer Eric Paulsen insulting remarks on PPIM and questioning water's halalness in his twitter as extremely rude, insensitive and insulting. This is a Muslim matter and as non Muslim, he has no business to comment.

The comments hurled at PPIM has an underlying intention to smash any NGOs voicing Malay and Muslim majority concern.

PPIM have done great work in this area of Muslim consumerism.

Non Muslim may not understand but ensuring absolute halalness matters to those tahfiz students who study and memorise the Quran. Somehow the Quranic words does not stick in the memory when the body is not pure.

PPIM have exposed many occasions in which food manufacters or service provider have been complacent and negligent on cleanliness and halal practices. They cannot be blame whenever they border on paranoia.

In fact, we have avoided the Spritzer, Cactus and Petronas station's generic brand of mineral water after knowing from Internet and social media sources that this company source their water near a Chinese cemetary.

Hope the Chinese undertand. The Fiqh Kitab that we learned from says consuming food from trees on a Muslim cemetary is makruh. Let alone Chinese cemetary. More so, the company's denial and explanation has yet to convince us.

Something should be known. Muslim in Malaysia have not been unnecessarily strict. If a more stringent halaalan toyyiba (clean and pure) practise is insisted on, non Muslim would not be able to have a piece of the halal food business should toyyiba be strictly enforced.

Nevertheless, on the Lord Murugam picture issue, there is also the other side of the coin. It is only a picture and not temple holy water.

Val Paari is not one politician we would trust the faith of BN on but on this issue, his view in the Malaysian Insider on this, save for his article title and comment on PPIM or Sedition Act, is sensible.


I know a foreigner who converted to Islam and when I asked him the reasons for doing so, he told me that he was inspired after reading an English version of the Quran, which in a nutshell, he described as promising man that whatever nonsense happened, something good would emerge in the end.

I was reminded of this conversation after reading about the objection by a Muslim consumer association over the placement of an image of the Batu Caves temple with its immense statue of Hindu deity Lord Muruga on mineral water bottles next to the “halal” logo.

The company had done this as part of a tourism drive featuring significant and iconic destinations in Malaysia.

I find the objection to be utter nonsense. And for the “something good” which emerged from this is that Hindus have been alerted about the issue.

Being a Hindu myself, I am outraged over the placement of the image of Lord Muruga on the bottles which will end up in the rubbish bin after the contents are consumed.

I would be similarly upset to find the images of other iconic places of worship in rubbish bins.

However, I do understand that the company embarked on the campaign with the good intention of promoting Malaysia's tourism spots.

Perhaps the Muslim consumer group should also file a police report against the Tourism Ministry for citing Batu Caves as among the locations to visit or perhaps even exclude non-Muslims from tourism paraphernalia.

As for the argument that putting the image of Lord Muruga next to the halal logo might “confuse” Muslims, it clearly shows how “confused” this consumer group is about the faith of Muslims.

Its argument only serves to belittle Muslims by giving the impression that after drinking from the particular mineral water bottle, a Muslim might resort to carrying the kavadi during Thaipusam in a state of “confusion”.

I strongly believe that the time has come for the government to repeal the Sedition Act and replace it with a Stupidity Act to rescue our beloved nation from being ruined by ignorant imbeciles.

I was also deeply disturbed to read about the recent protest over the construction of a church in Sunway.

I view these recent incidents as a sign of desperation among those who realise that race and religion can no longer be used as tools of control.

It is said that when a creature is under attack, that is when it is most ferocious. Similarly with moderate voices seemingly gaining ground, the conservative and narrow-minded forces are clawing for survival.

On the posters to encourage foreigners to visit Malaysia, our nation is portrayed as a land rich in diversity where people of all races and religions live in harmony.

But unfortunately, Malaysia is now making international news for being a land rich in intolerance with the constant playing up of an "us versus them" agenda between the Muslims and non-Muslims as well as Malays and non-Malays.

However, it would be foolish to think that change can be stopped. – November 6, 2014.

As for repealing the Sedition Act and replaced by NUCC's non-sensical National Harmony Act, hold your horses. It is not that simple.

The replacement act must be drafted first.

It can't be drafted by a bunch of lawyers whose draft mentioned "special emphasis" on the section on Personal Liberty in the Federal Constitution. All law drafted must take into account all available law and not emphasise a special clauses or section over other.

Secondly, the Sedition Act is a security matter and it is not the purview of NUCC. The preventive law is to prevent friction in society from getting out of hand.

Some may claim it had been abused or  overuse or restirct public discourse (or most likely public insult), nevertheless it remains a handy law from allowing inter-communal friction from escalating into an all out confrontation.

Nevertheless, abolishing Sedition Act and it's preventive spirit cannot be the only way to attain national unity.

It shows the NUCC members have an agenda and not working towards their term of reference. They do not seem to consider the big picture; the history, the population profile and sensitivity but conceiving solutions in a vaccum.

They should all resign and close up Tan Sri Joseph Kurup's department. It is a waste of public money.

It is not difficult to think that one way towards national unity is to inculculate the attitude of acceptance (beyond tolerance), respect and sensitivity in everyone of us towards people of other races and particularly religion.

The non-Muslims must accept and respect the practices of the Muslims.

They should be sensitive enough on the dos and don'ts of Muslims. When a Muslim is reacted sensitively on a certain matter, they should not respond by ridiculing his sensitivity like what Eric Paulsen did but respect it.

In return, Muslims must accept that non Muslims may not actually know completely our dos and don't.

Muslims must also make some effort to accept, respect and be sensitive on the practices of other faith in this country. So often Malay weddings serve beef and meat in all their dishes, including biryani without realising that Hindu and Buddhist do not eat those.

Before someone make any remark to dispute us due to our position on SIS, do understand that is a matter within the Islamic community and based on the premise of responsibility and preservation of faith.

This is pure stupidity to the max. It seem that Muslim according to them are so weak that a picture, a word with distort their faith. Perhaps they should look into the inferior personality in Muslim rather than blaming the non Muslim for all their problem with their faith.

Everyone else is stupid of course and Muslims have inferior personality.

What crap! And blinkered too!

An Ass is an Ass is...
Does having a picture makes the water dirty? No only if the source is and the Halal should not have been given.
Since it might create so much confusion maybe all bottles and cans or any food stuff should not carry any pictures or promotion messages other than wordings to reflect the contents.
We are a immature and insecure people. So just accept it.

Muslims should not use Facebook. If one were to look at certain pictures of Mark Zuckerberg standing in front of the Facebook logo it looks like a Christian cross.