Sorry to get your spectacles smogged by the heavy breathing scene between Demi Moore and Michael Douglas in this 1994 movie, Disclosure.

Set aside all the highly technical stuff on DNA, collecting sample, tampering of samples, arresting procedures, etc., one aspect of Federal Court appeal in the sodomy case of Dato Seri Anwar Ibrahim reminded us of this scene.

Was it a case of  'suka sama suka" or sexual harassment? It is easier for the public to chew and discuss.

Dato Gopal Sri Ram's submission claimed Saiful was a willing sexual partner. He repeated the same "suka sama suka" claim by the late Karpal Singh and Bar Council President, Christopher Leong. The reason being Saiful voluntarily brought over the KY Jelly, stayed after to eat karipap with Anwar, and returned to office the next day before making the police report the following day. [Read M'kini here]

Many applied simplistic logic to argue against the possibility of "rape". Anwar can't possibly force himself on the sturdy and stronger young man. Tan Sri Shafee Abdullah gave a reply on Friday, 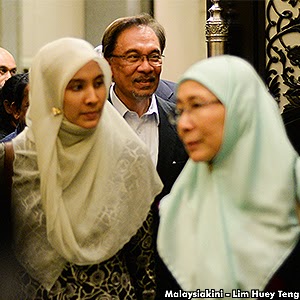 He said it is not impossible in a sexual harassment case between an employer on an employee.

In case some would think that sexual harassment only occur involving man sexually harassing woman, it happened between a woman over a man in the movie.

It could occur between a man over a man. See the You Tube of this leading gay congressional candidate case over his male staff here.


The following scene from Disclosure is a classic and helps too understand that sexual harassment is not just about violent sexual urges but power:


Shafee argued as reported by Mkini on Friday, below:

"Saiful (left) goes everywhere to the accused, Singapore and Hong Kong and was given an allowance, where he followed the accused," he says.

All this, Shafee says, despite Saiful being a university dropout.

"Anwar also gives him a Brioni suit, which I do not have. Why should Anwar maintain such a relationship (with Saiful)," he asks.

10.15am: Shafee says after trying to arrange the day's schedule, Anwar asked Saiful, "Can I f**k you today?"

This showed their intimate relationship, argues the prosecutor.

"Saiful was reluctant and Anwar got angry and they went to the master bedroom and it was there where they did it," he says.

10.25am: Shafee says Saiful demonstrated (the physical act) at the scene when the trial judge visited the condominium.

He further relates the sodomy incident, detailing how Saiful was asked to hold Anwar's penis and put it into his anus where he had apply some lubricant.

"Anwar was very rough and he sprayed his (air mani) semen into me," says the prosecutor, quoting Saiful.

10.28am: Shafee says Saiful complained of pain in his anus and stomach.

Although Karpal put to Saiful that the incident did not happened, the prosecution star witness maintained it did.

10.33am: Shafee argues that Anwar is not an ordinary appellant as he is charismatic and capable of influencing a young boy.

He says that after the sexual act, Anwar advises Saiful to also not to ignore his prayers.

"This shows they were cordial and this shows the ring of truth. Saiful admitted he was afraid of Anwar," he says, adding that the conversation happened when they were having coffee and curry puffs. The description got Anwar pissed as Malaysiakini reported [read here] him saying Shafee being 'juicy" than legal. Today, he used court proceeding to expand the point further.


11.45am: Reading from Saiful's testimony, Shafee says the alleged victim could not stand it anymore.

He repeats the portion of Anwar ejaculating inside Saiful as before and that the latter felt pain every time the sexual act happened.

The prosecutor says to understand the context of the KY jelly being used, all this has to be taken into context.

"Why shower him with gifts like expensive suits, as this was given as he (Saiful) was dominated by the appellant.

"These gifts are necessary and the court should see Saiful's testimony on the context (of past incidents)."

11.55am: Shafee notes that when Saiful says he ‘tak rela’ (unwilling), what he means is that he could not stand it anymore.

"Saiful says it was done without his (kerelaan) (involuntary). Saiful lodged the report after two days as a result of him being in a predicament," he says.

Saiful, he adds, could explain the way he was sodomised.

"It is not the first time it happened. It could have been ‘rehearsed’ before," he says.


Saiful could be suffering Stockholm Syndrome.

That was the first time such term was heard to described what happened to heiress to the Hearst media mogul family fortune, Patricia Hearst.


Stockholm Syndrome (or capture bonding) is a psychological phenomenon in which hostages express empathy and sympathy and have positive feelings toward their captors, sometimes to the point of defending and identifying with them.

Over few months, it is not possible for Saiful to be in such psychological stage but bear in mind, Saiful and family had such a high regard for Anwar since his childhood.

He is captivated and hero worship Anwar that it was difficult for him to finally say no. So the Disclosure line, when does no means no. Saiful finally had the courage too say no and made the police report two days later.

These possibilities are not for prosecution to prove because it was raised by defense to create doubt. 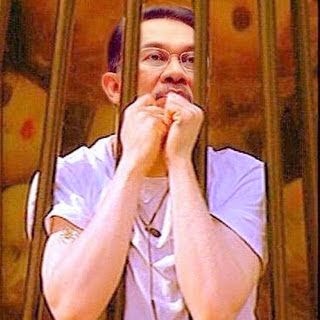 Coming back to 'suka sama suka', Section 377 of the Penal Code reads:

Section 377 exist in some 42 Commonwealth countries [see Wikipedia here]. Recently, Singapore insist the law to remain despite pressure from the glaringly open LGBT community in Singapore to repeal the law. Bar Council should start there than Muslim majority and religion conscious Malaysia

Anwar is charged under Section 377 B, so why did Karpal Singh, Christopher Leong and Gopal Sri Ram admitted to Anwar's homosexuality?

Obviously, it is easier to turn 'suka sama suka' into a conspiracy filled political rhetorics. They could recycle the old accusation that Saiful was a trap set by BN.

If he gets away with this then I shall have no faith in our judiciary.

Let's do it really simple.

Then ponder how a 64 years old man can forcefully sodomise a 26 old youth like to a donkey or camel.

If you stop laughing, you can think better. Can you prove that in court?

Shafee provided an explanation to show it can happen. It might not as the way you think. Unfortunately, defense never proved that point in court.

It is in court that matters.

Karpal and Gopal admitted suka sama suka but will not get their conspiracy theory accepted. Last laugh on you ... kah kah kah

You posted a same comments at other blogs,
i know who the hell you are… a 110 % brainless Anu's man that writes a blog and start with a Wakakas.

You are the only person that I know who laughs at your own words..! I know you'r not CRAZY or CUCKOOS..

You are just plain BRAINLESS AND KAKI AMPUSS..!