Be damn with the politics!!! Time for consumer power 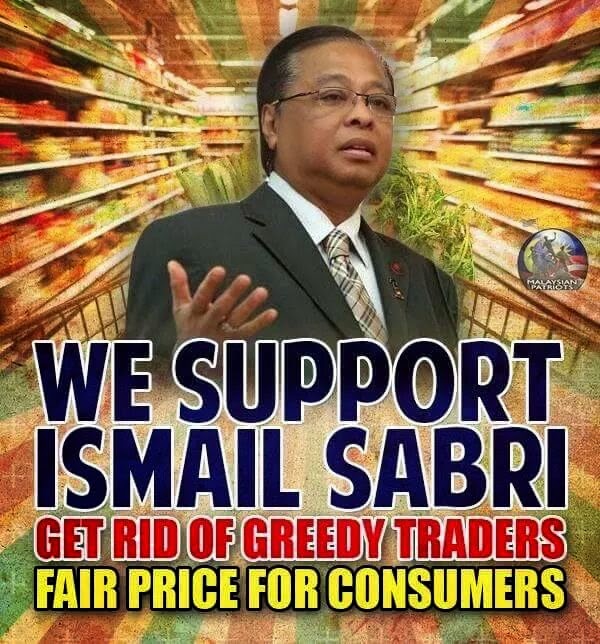 Since appointed to the post of Minister of Agriculture, Dato Seri Ismail Sabri had taken as his "jihad ekonomi" to fight against unscrupulous middlemen involved in cartel to monopolise the food supply chain and dictate food prices.

In a recent statement, he called on consumers to boycott traders refusing to bring prices of goods down. This message was relevant in the light of suspicion of cartel trying to sabotage GST and push prices up to ignite anger among the people.

Petrol pump prices was lowered three times but no lowering for prices by traders. It must have been frustrating for Ismail that he made statement and comments which irked the Chinese traders. All the Chinese parties - MCA, Gerakan and DAP - vehemently attacked Ismail Sabri for racism.

It is an open secret that traders association and guild have strong political influence in the Chinese community because traditionally, swing in Chinese votes in a particular community is determined by their taikoh. These parties cannot afford not to defend their source of support and finances.

As a result, it became was missed opportunity to spark a consumer awareness among the public.

Although groups like Consumers Association of Penang (CAP) have tried it for decades but it failed. All the years of educating the public did not work.

On many occasions, bloggers attempted to a campaign to boycott chicken which strangely spiraled up whenever approaching Ramadhan. At a time, Muslims eat less and presumably demand should be less, prices of chicken goes up.

However, it failed to take-off because many parents refuse to sacrifice their children over-dependence on chicken that they block their mind from the need for consumer power.

Politically, there was an attempt by pro-BN bloggers to undertake Boikot Barang Cina DAP (BBCD) campaign. They assumed that only when their wallet is affected will awake the Chinese from taking a political direction different from the majority Malays.

It failed because Malaysian or Malays have no consumerism awareness.

They say unity is strength but subconsciously refuse to believe. Seldom they reasoned that such slogan are self serving to a certain groups and there will eventually be those that cross the line to betray.

And, they could not see that the current unity by Chinese have benefited them immensely. They only praised the Chinese but not try to emulate them. Melayu mudah lupa that it was Malay unity that enable them to pressure the British to cancel Malayan Union and that led the eventual struggle for independence.

The video below should highlight that the weak and fragmented could become strong by mere unity:


The public need some sort of shock treatment or controversy to get the public have a taste of consumer power. It needs some sort of leadership. Even if Ismail Sabri may not be everybody's fancy of a leader, his statement was the first of such kind of strong statement against the traders cartel.

These days, whenever it is to justify a certain corporate business interest, one can hear the mantra of free market is good. It is supposed to encourage efficiency through competition.

However, it does not actually exist in the wholesale and retail trade and no one talks of the need for free market efficiency.

The reality of Chinese traders monopoly in the wholesale and retail trade as mentioned by Dato Noh Omar refers to the existense of monopoly or oligopoly market.

The market of certain product or services is tightly held and control by guild or clan association that new entry players, especially Malays and Pribumi and including Indians, will get gangbang-ed to bankruptcy.

They can only exist as small retail outlets in which they are discriminated by higher wholesale prices and short or no credit term by suppliers.

Racist it may sound to say so frankly, but there is no accusation of racism has been levied to thse unethical businessmen [remember our past posting here]. 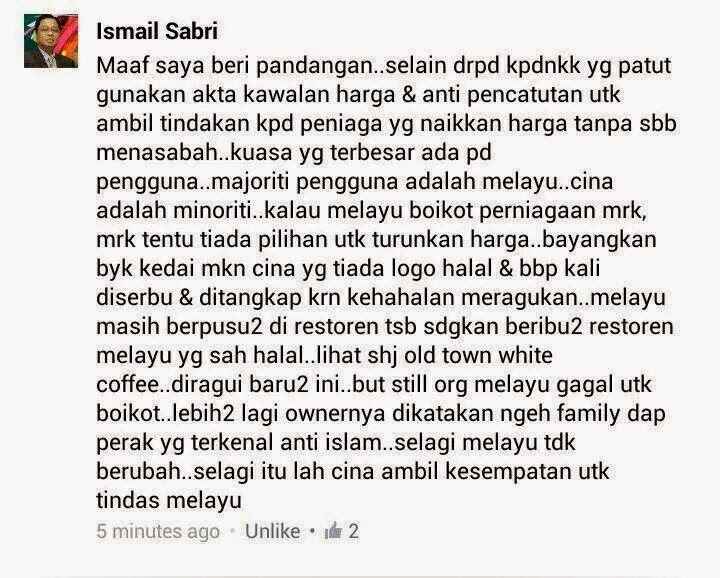 Ismail Sabri was not given the slack for this frank FB posting. It is the existence of this FB posting that justified Malaysiakini to spin his full statement in the same direction.

In the full statement, he did qualified himself that not all Chinese are traders and they are also victimised consumers. For that, Dato Najib has every basis to say Ismail Sabri was not racist and meant it for all traders.

In the cabinet meeting, Ismail Sabri defended himself on that basis despite getting strong criticism from certain Chinese members of the cabinet. He was back to his 'jihad ekonomi" in last night's TV forum on RTM.

Ismail Sabri received the support of 50 UMNO Division Chief who presented themself with placades at his press conference on Tuesday. All VPs except play safe Hishamuddin gave support to Ismail Sabri. He received support even from Tan Sri Joseph Kurup and Dato Ruhani from Sabah and Sarawak, respectively.

Some will say Ismail Sabri as stupid for not remembering that he has 40% Chinese voters in his Parliament. As a member of the cabinet, he was supposed to be a team player. Did any cabinet members lambasted Dato Hishamuddin for not supporting Dato Zahid hamidi in the midst of a recent controversy? ?

There is also the criticism that he should maintain his decorum as Minister and his FB statement to openly question KPDNKK was unnecessarily. 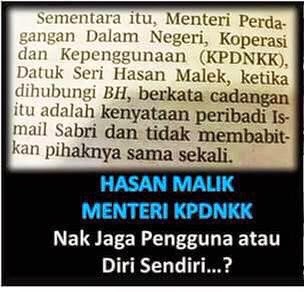 Pity on Dato Hasan Malek for getting some brickbats for his poorly constructed response. Do not blame him, he is just old school. Maybe too much sardine.

If that sneer remark towards Hasan Malek represent the public opinion, maybe Ismail Sabri controversial statement made it's impact. His remark had something to do with Rafizi and Lim Guan Eng. 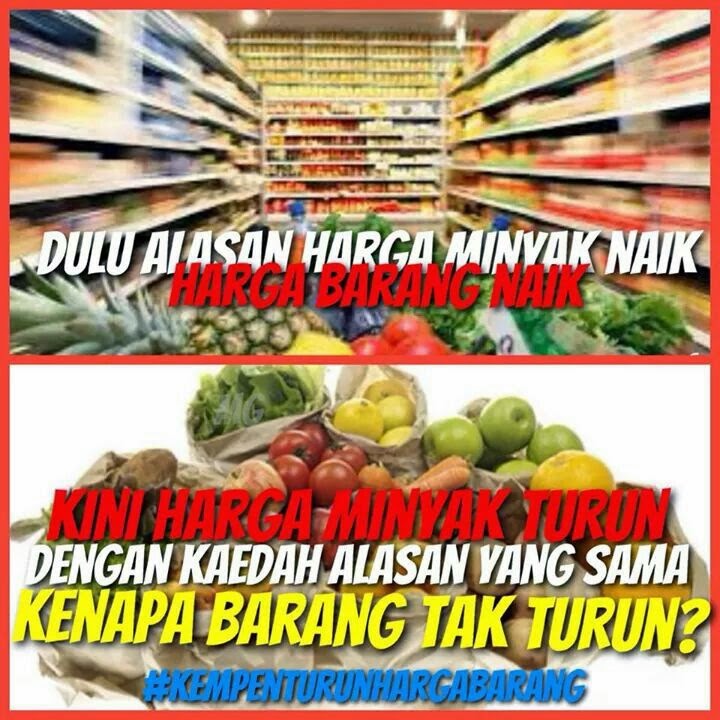 Rafizi, Chegu Bard and SAMM had been campaigning for lower petrol prices. When petrol prices was lowered, three times in fact, the campaign turned around to be when are traders to bring prices down.

It was obvious that the traders, mostly Chinese since it them that determined wholesale prices and set the retail prices yardstick, were not bringing prices down.

For quite some time, info was heard and it has spread that there is a cartel plan called Chapter 2 to raise prices when GST is implimented. By right many goods should be lower because there is no more the hidden 11% SST and only add back 6% GST.

There seemed to be a plan to make the government GST program failed. Traders were only willing to cooperate because shop owners with annual revenue more than RM500,000 cannot evade taxes any more. They will have to declare their income and pay tax or they will not get the GST rebate to them.

Rumours has it that DAP had requested the trade associations and guild to not lower prices when oil come down but quickly raise prices when oil goes up. It was intended to make public angry with the government and eventually, lead to the downfall of the BN government. 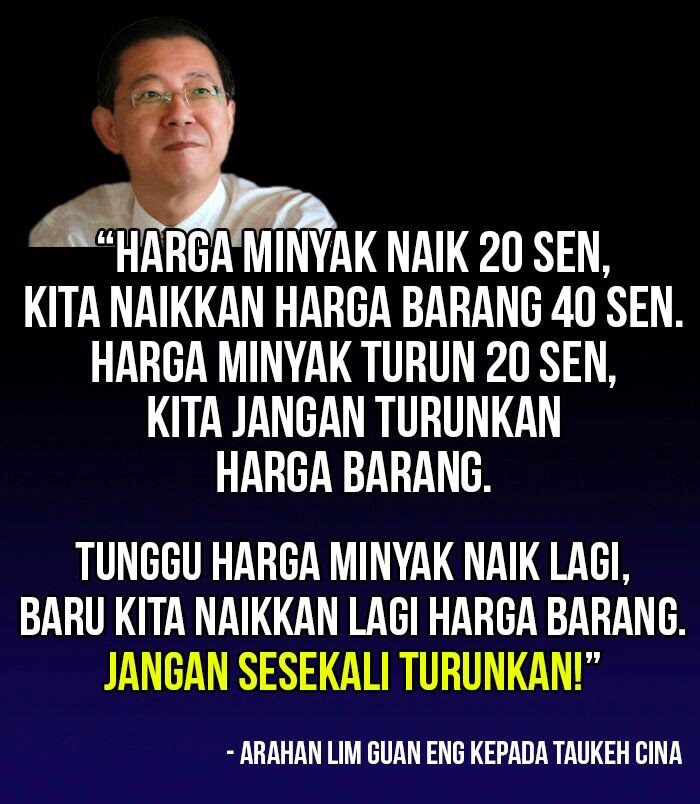 There was an expose of the plan

The two Lims was revealed to have planned ala communist subversive sabotage style of the past by requesting on trade associations and guilds. They could not response to the allegations. If they do response, they would end up having to answer for raising many state charges and tarif in Penang.

Lim Guan Eng was already in a hot soup with his Mercedes-es and the controversy on his wife -  Betty's collection of expensive handbags and her appointment on the Board of Trustee of Penang Chinese Chamber of Commerce to take charge of property.

Unfortunately, MCA cannot see the political game going on. As far as supporting consumerism, the party of taukey is most unlikely to support it.

So it is time that we ignore the politics or racial innuendos, but as consumers, be unite and show the strength of the market on these monopolistic unscrupulous traders that have been profiteering and sucking on the blood of consumers.

We are with Ismail Sabri. We are joining the boycott!!! 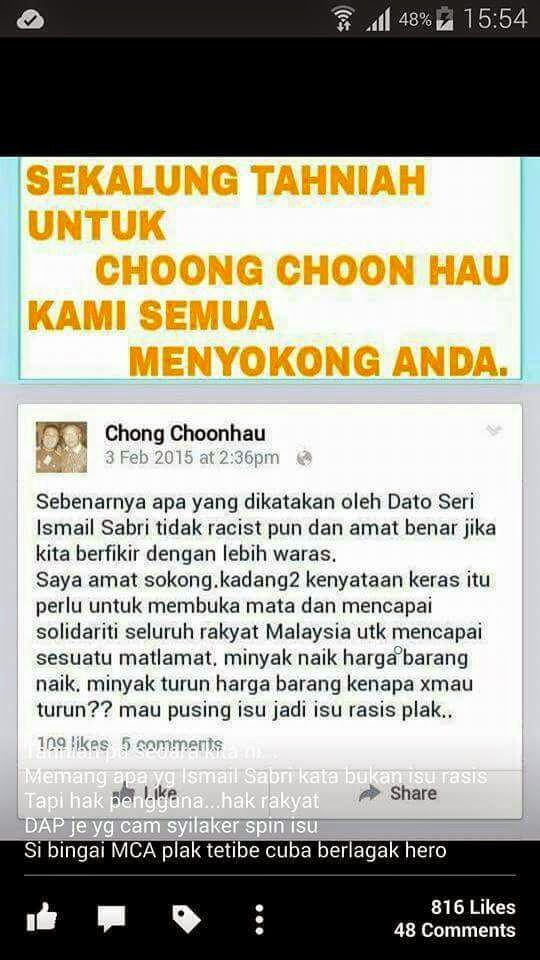 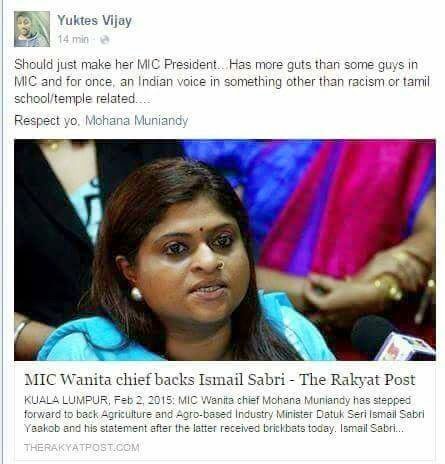 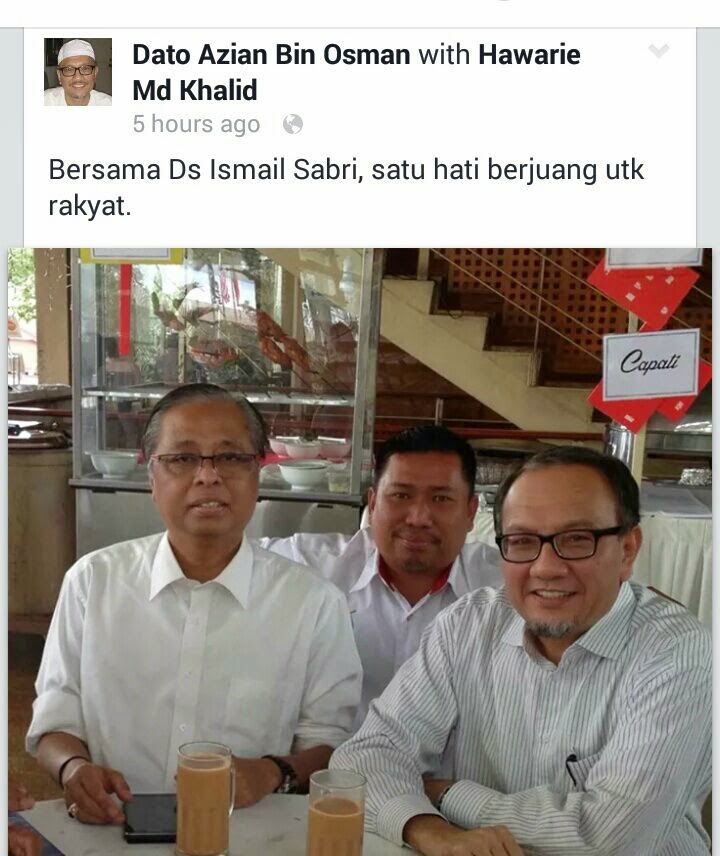 The naked truth is that it's UMNO who is derelict of its responsible or in cahoots with the cronies by not reducing the price first but instead blame it on the traders.

Togetherness. We will gain the momentum of ending this dastardly politic.

Home sweet home. Malaysia is our home. Do we care now ?