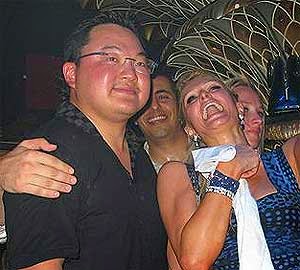 In American crime or detective movie and TV series, singing means start talking. Loh Taek Jho or Jho Loh in short can choose to make a press statement through his PR agency or grant an interview to a media.

He cannot ignore the damaging article published by The NY Times website [read here] on the eve of Anwar Ibrahim's Federal Court decision. It explains why a certain blogger had been prepping up on Jho Loh's flamboyant lifestyle before this.

The NYT article, that was overshadowed by Anwar's prison sentence, was slanted in a manner to described Jho Loh's business dealings, especially involving 1MDB and anything to do with the Prime Minister Dato Najib and his family member, as less than kosher.

Whatever it is, Jho Loh has to start singing loud. Sue NYT to disapprove all the allegations made against himself. Otherwise, Najib will have to start cutting him off and distance himself from yet another wunderboy repeatedly created since the days of Tun Abdullah as Prime Minister. 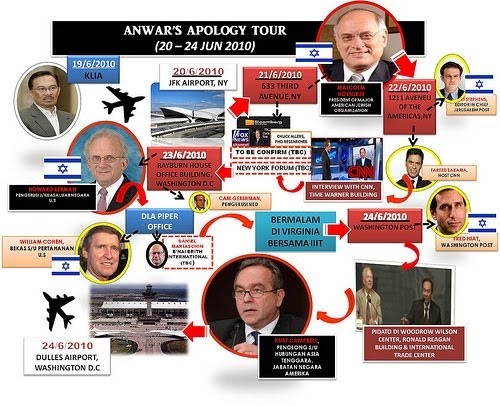 There is no specific allegations made by NYT because they did presented Jho Loh's side of the story - his denials and statements albeit a short one.

However, it is obvious that NYT does not appreciate Jho Loh's practise to be private and confidential in his dealings. On many occasions, they seemed disappointed to have met dead end in their investigations to do money trails.

NYT articles had raised eyebrow amongst journalist and Hantu Laut had written of it too. The article was linked to an NYT Malay version here. It must be the international breakthrough for the Malay  language that language activist like Dato Samad Ismail had long fought for. For the first time, Malay is used in a NYT publication!

There is also a Chinese version and it must have been contributed by their Malaysian counterpart. One of them is Sister-in-Islam activist and ex-MRSM Seremban student, Masjaliza Hamzah. She is the younger sister to the late Masjuita Hamzah [read about her here]. 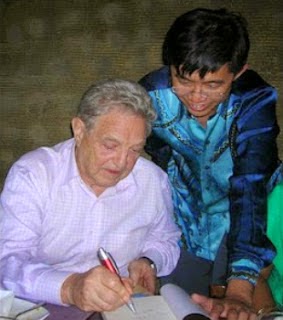 The mere mentions of Sarawak Report, in which that is where they had source the story on Riza Aziz and Datin Seri Rosmah Mansor, and the quote from a Global Witness Director points to the suspected invisible hands of George Soros.

The blog AIDC have tons of researched materials on this sort of things.

All one need to do is to recall back to an Anwar Ibrahim's trip to the US in July 2010 to meet the various top international media players and Jewish head honchos. It happened after he had lambasted Israel for boarding a Turkish ship, MV Marmera with Malaysians bound for Gaza and that trip was called the Apology Tour.  [read here].

It is divulged by Ezam Md Noor and Lokman Noor Adam that PKN, the predecessor to PKR had received money from George Soros. 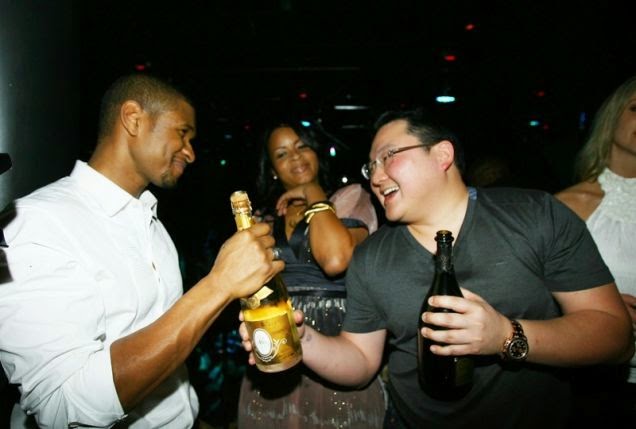 Coming back to Jho Low, as far as we remembered, we got to know of him when it cropped up in the late Bernard Khoo's blog, Zorro Unmasked in November 2009 [read here] on an international mystery man from Malaysia partying about town in New York.

The man was Jho Loh and sources said he was "fronting" for a wealthy Arab, who paid for the party but was afraid his father would know he has been consuming liquor and doing other 'haram' indulgence [read this link here]

Bernard wrote that the then 27-year-old Jho Loh was linked to Sarawak based UBG Berhad and the 2008 Annual Report described him as:

Not knowing better, the late Zorro went on to blab about some poor soul in Thailand. Bless your soul, Bernard. 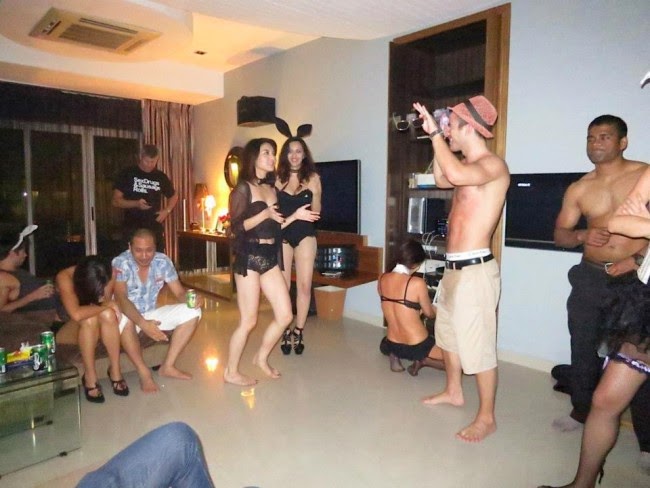 Sarawak Report was aware of the publicity given by NYT to recycle their past article.

They are now pursuing Jho Loh and Riza Aziz on allegations of bribery and tax evasion here. It is still speculative.

The latest today here, Sarawak Report is going something more personal and further away from Sarawak and that is the partying habit of an ex-APCO and PMO Communication team.

It is the talk of the town that Jho Loh was involved in 1MDB since the days it was called TIA. He must have been hawking his structured investment all about Malaysia and using his American networking and hob-nobbing with Hollywood celebrity to the hilt.

He was said to be wealthy and NYT report confirmed it but as NYT reported also his father, Larry was not so much as a player in the corporate scene. He was only the owner of low key and boring Penang based company MWE Berhad.

According to NYT, Jho Loh managed to get TIA to invest RM1 billion in Petrosaudi. That investment angered the Sultan of Terengganu, then the Yang Di Pertuan Agong. It is an open secret his majesty was angered by the knowledge that one of his sibling took a commission from Jho Loh. TIA had to be federalised and turned into 1MDB.

Petrosaudi was said to have bought a stake in UBG thus Jho Loh's presence on the Board. That gave a difficult start to new CEO Arul kanda who used to be with RHB (the later UBG) and the Abu Dhabi bank owned by Jho Loh's associate.

Arul has denied such allegation that questions his professionalism [read here].

Despite Jho Loh's denial and said he was merely giving advise for free on 1MDB, he was said to remain closely associated with 1MDB. That smeared the good name of Najib, wife and family. And, the NYT article have given bullets for Tony Pua to continue to question PM on Jho Loh [read The Edge here].

The problem with 1MDB is transparency and communication. Tun Daim was reported by The Malaysian Reserve to ask on the Government to clear the air [read here].

This blog too have asked the same here although we did speculate that 1MDB may have planned to wait out and show it all upon listing. In an earlier posting here, we had wrote below:


1MDB still has a long way to go and need the support of bankers, stockbrokers, institutional investors, and public, locally and internationally. They cannot allow mysteries surrounding Jho Loh, their Middle East partners and Petrosaudi to continue on the loose.

If Jho Loh could "subtly" threaten lawsuit against Dato Tong Kooi Ong and Dato Nazir Razak for linking him to the anonymous blogs that made several accusations against Tun Dr Mahathir, Tong,  and Nazir [read Uppercaise here and here], then he should start having his lawyers look intoto suing the NYT.

The good name of the first family is at stake. A lawsuit serves to clean up the good name of people close to Jho Loh and his family. The NYT article had given Malaysia a negative prominence in the 6-part series on the NY real estate play - Part 1, Part 2, Part 3, Part 4, Part 5 and Part 6.

As it is some strong Najib supporters, who knows Jho Loh and family well, are not happy and accused him of undertaking sordid business transactions that only smeared the good name of the first lady. The same accusations to all other previous wunderboys.

Even if it is Jho Loh's bloody damn business, Malaysians will not be comfortable that someone so young, lavish and flamboyant being too close and advising the Prime Minister on matters of such significant implication.
at 2/12/2015 02:15:00 PM

Who is the key player "officiated" the news in the NYT ? It must be very interesting....

And Rosmah is an angel...ha ha ha

first family? first lady? why her photo not installed in all gomen offices?