Are Muslim jihadists the real murderer of mankind? 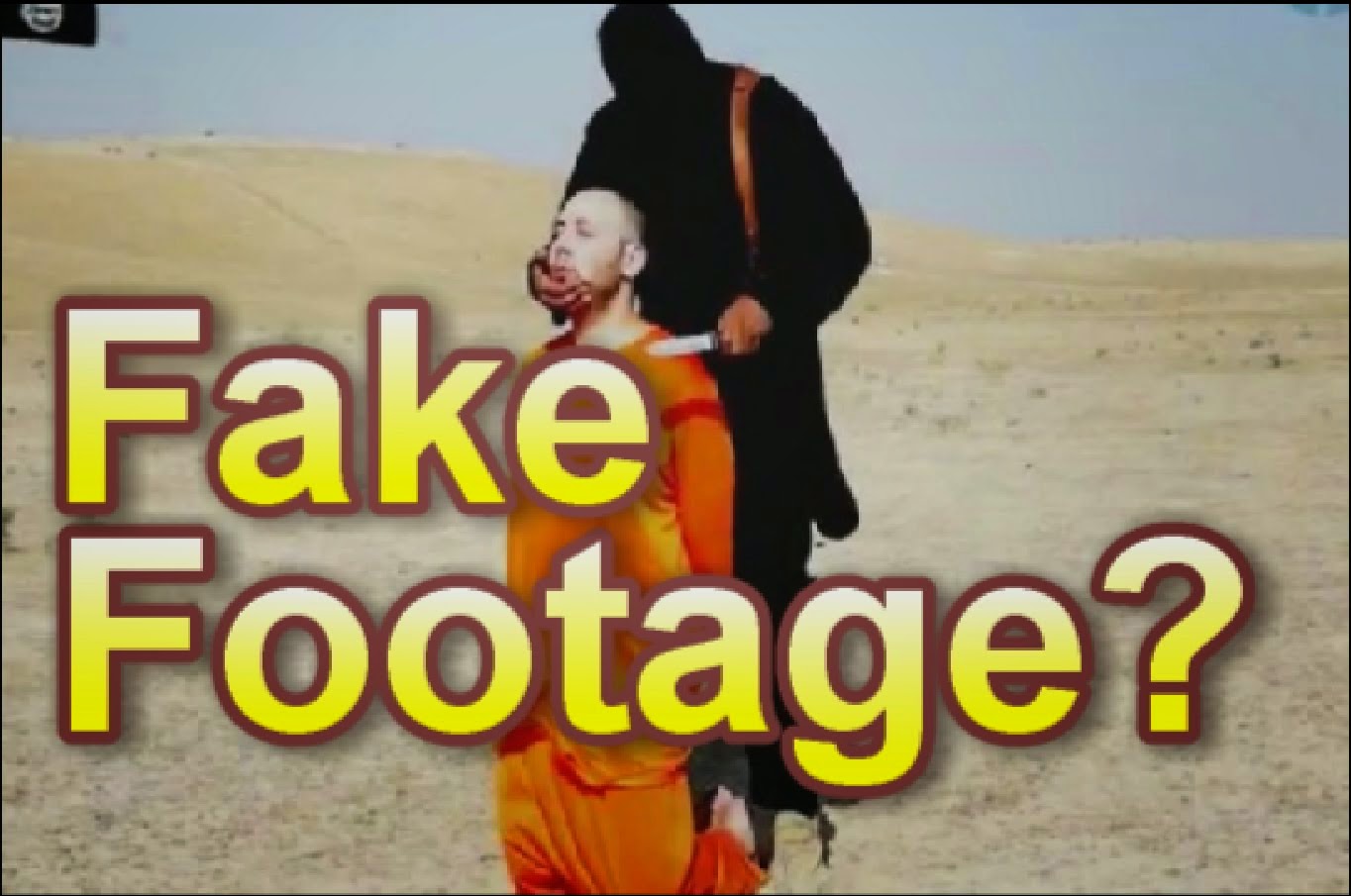 The above is a fake footage done by some covert operation to instill fear amongst the public on the ISIS threat.

Today it is ISIS, before was Saddam Hussein and Osama Ben Laden. Muslims are again accused with the same label for act of terrorism and extremism and accused as imposing threat on mankind. 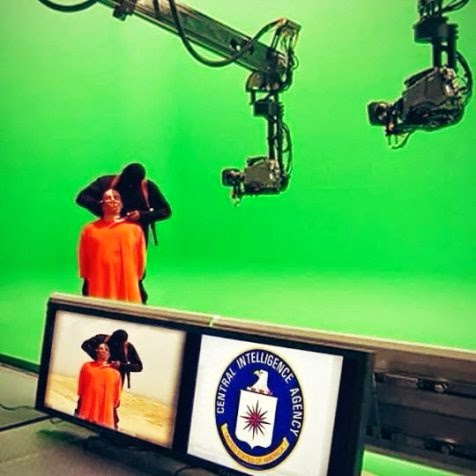 In the history of the world, who has killed maximum innocent human beings?

Imagine these people are never called terrorists by the media. 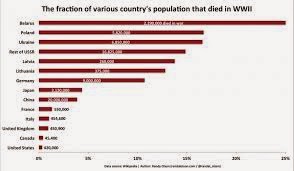 Today the majority of the non-Muslims are afraid by hearing the words "Jihad". Jihad is an Arabic word which comes from root Arabic word "Jahada" which means "to strive" or "to struggle" against evil and for justice.

It does not mean killing innocents. The difference is we stand against evil, not with evil. You still think that ISLAM is the problem?

Let history speak for itself.

Well, going by your logic, ISIS, Boko Haram, Al-Qaeda, the Taliban, Jemaah Islamiya etc are not Muslims and are not terrorists?

Maybe that's why the Saudis are so anxious to see the Assad guy in Syria deposed and why they are vehemently opposed to the Muslim Brotherhood in Egypt?

Or why Sunni peaceniks are targeting the Shi'ites in Pakistan?

How true and I fully agree, no one race or religious grp shld be labelled terrorist.

however, for a veteran newsman, you presented a very shallow argument for your case!

do a balanced writeup - how many kill in the name of their God, by shouting out holy verses during the act? these guys clearly claimed their religion "influenced" them into the killing.

and this you cunningly left out this obvious difference.

how different it would be had they killed BUT do not shout out these holy verses and do not use their religion in support of their criminal act?

if this is the kind of writing you could muster, you are not worth the reputation as a newsman.

* pardon my bluntness, this is about your shallow and low quality writing, not the terrorist or religion. this isn't the first time you present such lousy argument and fact to back your writing!!!*

Is those ppl die or change identity?..

The sorrow of Arab begin with oil, and again last 3 years signing deal with wrong superpower.

That beheader man is British.

Muslims own land and oil - two highly sought after commodity.

With their values-set aimed at afterlife, Muslims generally do not regard material wealth as more important than religious deeds. Life on earth is just a journey not the destination.

Israel wants to be forgiven for snatching Palestinian land and so they need to portray Muslims as the bad guy who needs to be wiped out.

The dirty work will be borne by others especially USA.

Nice attempt at a diversionary argument. Still does not disapprove the fact of history.

Neither a journalist nor a veteran. That is a message writen by someone else.

It highlighted interesting fact of history. Nothing shallow about emphasisinga clearly stated fact. Are the fact not true?

If not disapprove and given a counter argument, then Malulah could be the one suffering from being shallow...

That is a fact which those with evil intention and prejudice agst muslim would like to bury.

The occidental history is filled with violence, pilferage and oppression of others in distance land.

When did these "SIS, Boko Haram, Al-Qaeda, the Taliban, Jemaah Islamiya etc" ever became the primary oppressors?

Are they not reactionaries or creations of devious west?

mister, ppl action is ruled by what is tommorrow and not by what was yesterday

if u keep telling a lie, ppl will accept is as a truth

not that i encouraging lying but merely stating the 'reality'

what we meant by reality is merely an imaginary

that is why no compulsion in religion as stated in quran

and what one believes is his or her truth

a muslem person always think he or she in in the path of truth , a merely belief

while in reality. as at presence or in NOW, any truth is only relative, it is merely a guidance, merely papan tanda

because that belief will give rise to EMOTION and this relates to other actions of the being i.e violence or peace

thus the issue of TIME is the matter

it is always NOW or at presence

given today hi tech, the impact of the emotion derived, through audio visual impact compared to yesteryears those with million of lives is so dreadful

to counter all these, it is so easy

but that wont happen wouldnt they?

what happen is the infidel him or herself will FIND THE TRUTH OF ISLAM and later convert to islam , as it always happened

and dont tell me muslem world has no orang gila or sex maniac orulama sesat?

that is the state of muslem world today

Nothing new about the majority of the public refuse to seek truth, do not think properly or gullible to lies and deception.

Why bother about stupid 'people' and how they think? Pointless to try to satisfy and convince those who can't think and refuse to think. It is like trying to be equally stupid like them too.

The Zionist puppet of US and Europe are the main culprit or player of this all destruction of mankind.Previously during cold war they said,communist is terrorist..ofcourse little bit on the mark.Now after the fall of berlin wall,they shift their gun at the oil rich muslim country.And this is their actual target even though Russia and China is their temporary stumbling block. By the way current event regarding IS is synchronized smear campaign by the west in targeting Islam.In Europe when you are making a joke or sinister remark on jews,you will be charge anti semitism and can be throw to jail but if you insult christian or Islam,you will go scot free in the name of socalled freedom of expresion.By the way where on earth that other foreign state leader bypass their own pres.and can give lecture to the congress or parliament.Only in US for the time being.

ABTW forgot about Palestine ? The worst scenerio since WW1 until now...

Why would I forgot abt Palestine? Have written tons of material on the injustice agst them. Surely they cannot be considered oppressors as highlighted by this posting but are they oppressed!

Welcome to the 21st century. we're not in the 20th cent. anymore. Hitler and Stalin are no longer around, there's a new world villin, and they just so happens to be muslim. Deal with it, so this can be history to! Ignoring it by focusing on the past helps no one. And neither does vilifying all muslims on account of the actions of a few. But the former is more detrimental as it ignores the problem, which allows itself to perpetuate.