On second thought, Tong is not likely 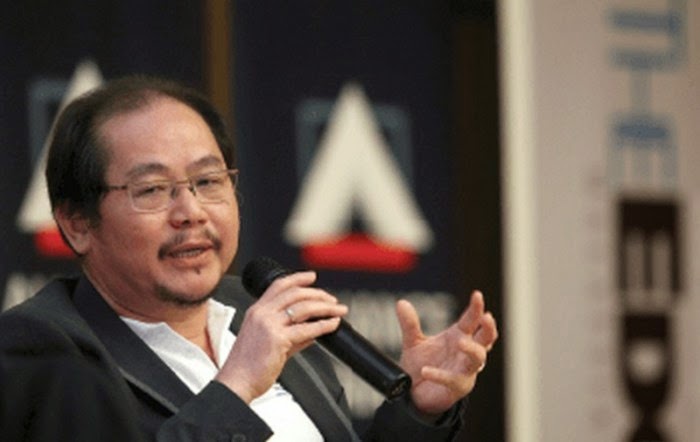 A blogger friend asked us a frank question yesterday morning. Did we really think it was Dato Tong Kooi Ong that tried to do a Soros on our ringgit?

Our answer yesterday was unlikely.

He said, "I thought so. In your posting [read here] that Rocky referred too [read here], you did not say so conclusively."

True enough, it was a qualified conclusion:


It happened during the flood disaster and this sabotage cannot be discounted in view of the existence of such documents, true or fake. If true, ponder as to whether that is responsible politics and are these politicians the one the people can lay their fate with?

There wasn't much follow up and after thought on the issue after the posting. Immediately upon uploading the posting, we went away for a long weekend holiday at the tip of mainland Asia.

It seemed Rocky posted his doubt on the Malaysian Exposure yesterday here and cited a posting by fellow blogger economist HHisham [read here].

Tong had also made his denial [read in his TMI here].

To be fair to Tong, there are several reasons for us to say it is not him:

2. The whole mumbo jumbo about hedge fund trading in Malaysia Exposure here is sheer spinning. The process flow missed the important bank leveraging part and was cunning to slot in Cayman Island.

3. The existence of a conversation log between Tong and Tun Dr Mahathir was overdone spinning [read The Edge here]. Why must they implicate Dr Mahathir?

4. Tong does not do gut feel analysis, instinctive decision making and uncanny ability to read market sentiment before charts can form it's confirmatory formations. He is no trader and most unlikely to delve in currency trading. Neither can he be considered a banker.

5. Although we are not confirming it is fake, the Langkah Kajang document cannot be verified as true.

6. To confirm our suspicion, the blog https://kronismemahathir.wordpress.com was closed.

Now to answer Rocky's question: So who's the real economic sabotaguer?

For a start, the long winded and pusing-pusing writing in Malaysia Exposure seemed familiar. As for a conspirational version, the suspected player have covered their track.

But, that is speculative.

HHisham argued that the allegation of economic sabotague and currency manipulation are false. At the right level, he argued that the lower ringgit exchange rate could be economically advantagueous.

So then, what could be the motive?

If the intention is to help Dato Najib by laying the blame on someone for the weakening ringgit, then it could be a case of an amatuerish job.

It could also be a trap on Najib. Lucky that Najib's response was cautious and gave a safe bureaucratic answer. Without any proofs, he can't be pointing fingers to anybody [read The Star here].

Events had made Dato Dr Zahid Hamidi adversarial towards Malaysiakini to the point of barring them from his press conferences. So it could be to pit Najib against The Edge and The Malaysian Insider or international press that made wrong conjecture.

Someone out there could fill us in on how it could trap Najib.

There is also the possibility that it be orchestrated by someone who could benefit from a weaker ringgit. At this level of ringgit, it could generate more ringgit to investors or Malaysians bringing back their money home.

Could that be 1MDB pushing the ringgit lower first to bring back their Cayman Island money by selling US dollar and buying ringgit? If it is not 1MDB, it could be some foreign investors.

Since Dr Mahathir was implicated, why not say Tun Daim or Dato Habibur Rahman or Jho Loh could be bringing down the ringgit to prop it up later for a tiny couple of hundred million profits.

For all these possibilities to happen, size matters.


There is also the factor that ringgit came under heavy selling of ringgit and buying of US dollar by big corporation channeling and keeping their money abroad. This is more logical since big named corporate players was heard to be doing so for quiet sometime.

Capital flight happen over a period of time and when it is confirmed, only do traders jump in. Even if traders realised it was happening, they cannot capitalise on it till market is ready to break the support and resistance levels.

Currency traders are short term players. They close their books daily and seldom carry it more than 2 days. Most Bank bosses have no balls to allow structural trade. In our days, we did carry a position over almost 2 weeks with endless papers submitted for BOD ratifications and the shivering knees of the bosses and MD.

Another seasonal factor that can never be discounted is what market players used to call the 4th quarter witching hour. It is the time of the year to close their trading books and go away for the Christmas or Hanukkah holidays.

Market is usually thin and big traders can move the market. It can also be easily manipulated. Support and resistance level can be easily triggered to cause market crashes or pandemonium. Usually by first quarter, rationality sets in and market level is back to a certain stability

HHisham's macroeconomic explanation is logical but it takes sometime to set in. The most important determinant to the ringgit direction is order flow.

None of those mumbo jumbo Purchasing Power Parity (PPP) theory nonsense. That takes forever or never to reach the desired equilibrium. Market is always in a state of flux that it never settles in.

Only Bank Negara has a full picture of the order flow in and out of the country. On top of that our Central Bank has a loaded ammunition of more than RM400 billion reserve. If she or her traders have the balls, Zeti can be the person to say, "Go ahead. Make my day, punk!"

I am curious as to how you conclude that Bank Negara has about US$400 billion in reserves?

The reserve figure is lways there in BNM report published monthly, quarterly, half yearly and annually.

oPPS Sori it is in ringgit

Based on your clue, the blog writer write in a pusing2 manner.

Left a clue by writing about cayman island.

Sloppy too coz he took off the other blog upon realising he left an IP trail there.

Still trying to figure out motive.

Now I know why I shouldn't hold my position for more than a few days. I keep losing money despite seeing big unrealized profit, only to be stopped out by misplaced stop-loss position.

Damn it!! Best to close position when there's retracement.

Initially thought it was a group trying to embarass pm. Reading fmt on tum m and zamil ibrahim remark, have a feeling it is the hands of habibur rahman.

Thank you and noted.

We've rectified before you reminded us.

U cud have reminded in the earlier posting. Or you already did?