Isn't it a beautiful day? 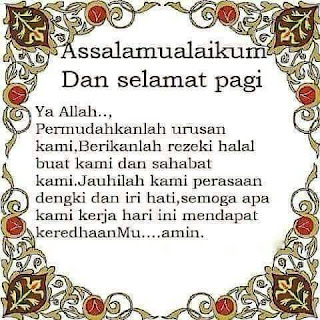 Our friend G send us the above this morning. The day before was: 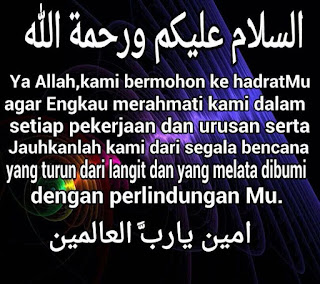 Usually, we would reply, Ameen. And one morning he send us, below:

Because of many reasons, we replied today: "Isn't it a beautiful day?" 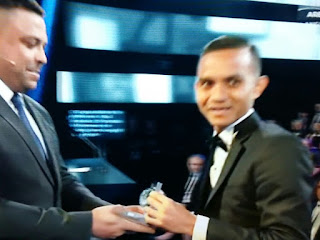 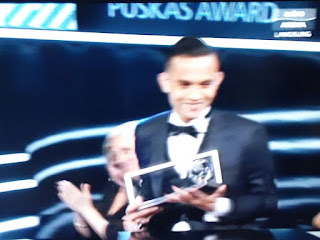 Overnight, Faiz Sabri won FIFA's Puskas Award for the best goal for the year in Zurich at 2:50 AM this morning.

It is not photoshop work by some naughty cybertroopers pulling a number on you because it is for real: 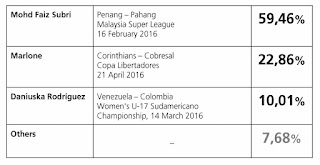 It means we have earned ourselves a bragging right:

And, all us Malaysian, including yours truly for that voted and appreciative fans all over the world have successfully placed an unknown Malaysians among the luminary of football greats:

It is globally accepted as an incredible goal:


Only issues made by fans are, why didn't he wear a baju Melayu and why not speak in Malay?

Gawd ... what a coincident? 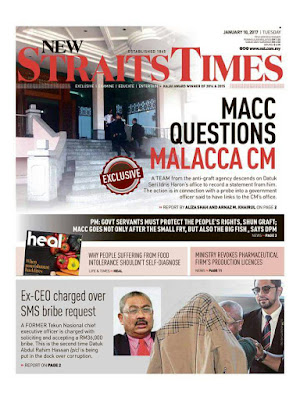 That is the frontpage today, but the news is not available yet online. [* It is available now here]

Go buy a copy at the newstand. Its cheaper than breakfast for crying out loud.

It really made our day. NST redeem themselves from the earlier editorial error. Boy are we proud. 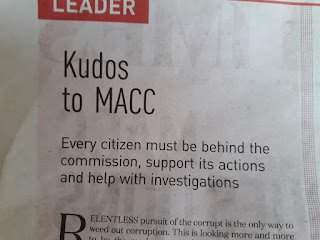 The tough stand up fighting back and ready to correct the wrong. * NST wrote: Kudos to MACC

Coincidentally, yesterday's posting mentioned of a Chief Minister should be detained without knowing there is a questioning.

The satirical blogger, Husin Lempoyang seemed to sense something but he is not telling yet [read here].

In the meantime, NST reported an assistant land officer in Johor was detained on suspicion of bribe. It burns us to see something like this happening in our home state.

Since it is a beautiful day, we are not going to be angry * especially with news like below: 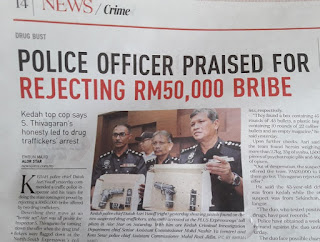 * Who says police are all corrupted? Congratulations PDRM, NST and MACC. * Message against corruption is louder by the day: 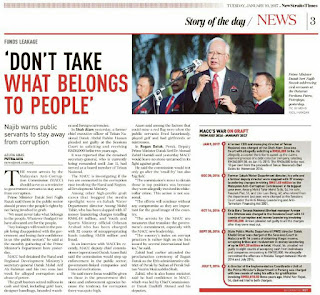 We will just say Bangang to anyone politicising corruption: 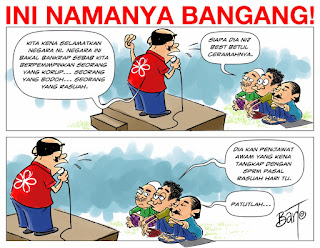 What a Bangang psyop ...

We are fair and honest in our assessment. Wonder who put up these Bangang posters: 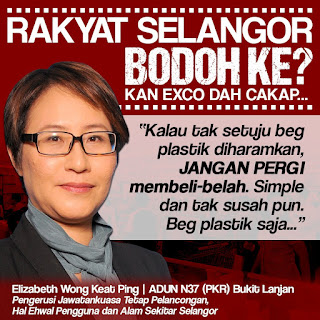 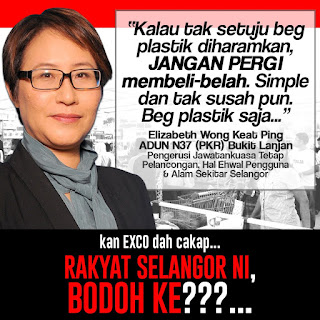 Eli Wong is right on this.

We grumbled when she introduced no plastic bag Saturday in Selangor and charge shoppers for it.

But now, we have changed our habit to ready a shopping bag in the car.

At least, there is some use for those corporate goodie bags the Mrs have been hoarding in the kitchen cabinet.

Not bothered to quarrel over goodie bags, we relented to her resistance from us throwing it away.

Please stop this kind of Bangang psyop and save the environment. Issues like this does not gain votes. It is only temporary inconvenience.

Keep up with the times dude ...

Had we still have her number in the smartphone, we would have text to congratulate Eli Wong.

Now work on a bio-gradeable alternative for the plastic garbage bag. Heard it could be made out of starch.

By the way, where were you when all those other environment mishaps happening in Selangor?

Heck! It is a beautiful day. Lets not spoil it with anything serious.

It is a great day to pay bills, pick up laptop sent for servicing, clear some errands, have a nice lunch, a back massage with our regular blind masseur, and tea with a friend.