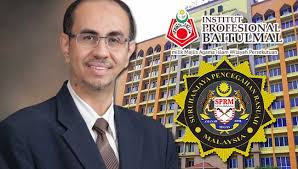 This is a precedent setting case to protect whistleblower under the Sections 10(1), (3) and (7) of the Whistleblower Protection Act 2010.

In a court appearance in March 2016, The Star reported IPB Chairman, Datuk Ismail Ibrahim denied deciding to conduct investigation but admitted in the High Court to have directed an officer to initiate probe into CEO misconduct [read here]. 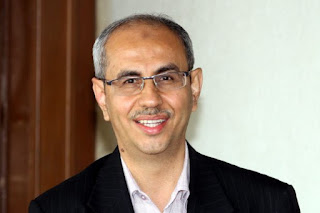 KUALA LUMPUR: A former chief executive officer won his lawsuit against his former employer in a whistleblower case.

Dr Syed Omar Syed Agil (pic), 56, succeeded in his bid to get the High Court to order his former employer to take measures to cancel a notice of internal investigations against him over his disclosure to the authorities of alleged improper conduct at his workplace.

He had sought protection as a whistleblower for allegedly exposing the financial improprieties of his colleagues.

High Court judge Justice John Louis O'Hara ruled Friday that Dr Syed Omar's former employer had failed to prove that the action taken against him was not in reprisal for his disclosure to the Malaysian Anti-Corruption Commission and police of the alleged improper conduct.

He said Sections 10(1), (3) and (7) of the Whistleblower Protection Act 2010 show that the defendant has to prove that detrimental action taken against the plaintiff is not in reprisal for his disclosure.

He also struck out Dr Syed Omar's application for IPB to restore him to his position as chief executive officer after he withdrew this part from his lawsuit.

Justice O'Hara ordered the company, named as sole defendant, to pay RM18,750 in costs to the plaintiff.

His lawyer Aston Paiva said this is the first such case to seek relief under the Act through the court process.

In immediate response, Dr Syed Omar said: "It is a victory for whistleblowers. Now, I think nobody should be afraid to come out and expose any wrongdoing or malpractice or financial irregularities."

In his originating summons filed in December 2015, Dr Syed Omar sought for an injunction to restrain IPB from continuing an internal investigation against him and suspending him on grounds that he is a whistleblower.

Talk of problems with IPB among students have been going on for quiet a while.

There were complains large number of student were indiscriminately barred from receiving their allowance [read this 2011 student blog here].

And, it was Utusan that published an explosive issue on IPB alleging students had to tie their stomach in hunger and poor living condition. It was duly responded by IPB [read here]. 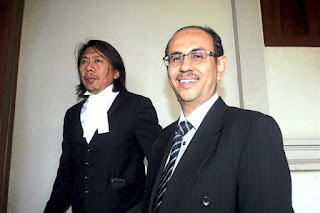 It must have been the involvement of Rafizi or the talk Syed Omar was going to talk to opposition that made certain bloggers took the side of MAIWP.

The presence of a lawyer in Anwar Ibrahim's defense team, Ameer Hamzah may have convinced them the claim of innocence by religious authorities officials.

At the time the case of filed in court, there was a planned attack on religious institutions.

A blogger unschooled in finance revealed through an new anonymous blog a letter from BNM to Tabung Haji without giving much deliberation.

Dato Abdul Kadir Jasin may have collaborated as he "kompang" a term used by BNM which had no technical relevence for Tabung Haji.

For the bloggers that defended MAIWP, it turned out to be wrong.

It is an example of the problem with looking at issues from a political spectacle and void of substantive facts. Insist insider and informer reveal information or let them defend themselves!

Justice has prevailed and it is for the common good of all. IPB must buck up or the Board of Directors and Management should ship out. This decision is important in protecting whistleblowers and convince whistleblowers that the law protect them.

It is important to note that it does not protect politically motivated trumpet blowers and slanderers of unverified information. It is to protect the right of the accused.

Rafizi tried to use it as defense against allegation of infringing on BAFIA but failed. He is appealing against a judgement to send him to prison for 18 months.

As mentioned in this blog before, ICAC in Hong Kong is effective because whistleblowers cooperate to report wrongdoing in their organisation before it becomes cancer that affect their ricebowl.

Leak it, leak it good! (But to the right channel)