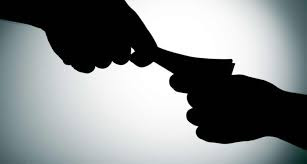 TI-Malaysia president Datuk Akhbar Satar described the one-point drop as "not much". He said MACC under the new leadership has proven itself to be more effective within a short time of 8 months [read The Star here].

Since CPI is merely a perception index and not a true measure of the level of corruption, then Malaysia is better off dropping further in the ranking of this irrelevant index.

It is not just being cynical or doing a reverse psychology. There are justifications for the better good.

If that is the case, a lower ranking is preferred because there will be more earnestness on the part of MACC to go after the corrupted - both the takers and givers of bribes.

And, the likelihood of any cover-up is less likely and corruption prevention agency is more concern to do enforcement than bothering about public image and correspondingly, rankings.

Akhbar was a former MACC staff who left to take the academic route. He is clearly short sighted or perhaps, has ulterior motive and playing to the public gallery to suggest MACC should "pay attention" to corrupt politicians.

Pursuing politicians alone will never eradicate corruption for the simple reason that it is civil servants that is empowered at the operational level.

Often the time, politicians are forced to "pick the cards they are dealt with".

After there is a certain fear among civil servants to compromise to corruption, then MACC should pursue the politicians all the way back to BMF days in 1983.

Maybe there is truth that those leaving their career to take the academic route are either not impressive or failed in their career.

The problem with measuring corruption based on perception index is that it could be easily misinterpreted.

For instance, having frequent raids and prosecution means the hands of the law is at work to pursue the corrupt.

It could be misinterpreted as more rampant corruption now than before. The converse is a possibility because in the past, enforcement officers could be looking the other way.

The analysis by Akhbar gives the impression that ranking is dependent on MACC activities. If more politicians raided, will perception ranking be any better? 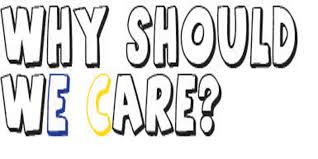 CPI is also flawed because the sample of perception covers certain segments of public.

In the recent issue raised on corruption activities rampant at golf courses, a recent feedback received is that top civil servants do not take kindly such statements. It stifles the "British tradition" of the civil service.

Among the complaints heard is that MACC had gone overboard for singling out golf as the platform of corrupt activities. They argued other forms of recreation could also be conduit or platform for corruption.

If these complainants had participated in TI's survey and brought the ranking down, then it is good.

The counter argument is best told to this blogger as to have came from a judge and the name shall remain undisclosed. There is a Malay saying, "siapa makan cili dia terasa pedas" (those who ate chillies, taste the heat).

MACC is wrong when NST reported recently that China's Communist Party had done a crackdown on corruption related to golf.

Since 2011, half or 683 golf courses are directed to be closed down. The party issued a ban on its party members to join golf clubs in 2015 [read here].

There are also comments passed by politicians that the frequent raids on corruption is not good for government.

The converse is actually true. So how could we improve corruption if politicians take a solely political angle to something good.

It proves they are more concern with perception than seriously eradicating corruption. And contrary to common belief, opposition do not have political will to improve government efficiency.

To analyse TI's CPI in a less cynical manner, CPI is not only measuring MACC but the whole country and public attitude towards corruption.

It is common to hear people complain about corruption but they are generally reluctant to report or even divulge information or leak documents to media.

Despite assurance their identity will be kept hidden, they usually refuse to do so and cited worry for their ricebowl.

They fail to realise that their ricebowl is filled with haram rice!

The public talk and complain of corruption but are not doing anything about it. They go about to mind their own business.

From the perspective of service provider or authorities, there is insufficient political will to improve on their procedures, achieve greater efficiency, and lessen constraints to consumers or users. Too much red tapes gives a perception of corruption.

That is certainly beyond the authorities of MACC. It is also beyond the purview of the top bosses in government. It is the problem with operational level officers.

Inefficiency as a way to take bribes could happen more frequently in the private sector. The recent declassification of BMF papers by CIA highlighted the fact that unjustified loans can be obtained by bribing the Bank's top gun.

Should it really matter to have the perception index down rather than actual measure of corruption, everyone should be playing their role.

Yesterday, MACC raided on Felda to remand and investigate five current and former Felda officials on allegation of corruption. It involved former director-general, ex-deputy director-general (strategic resources), the former operations officer in charge of its sturgeon farming project in Taman Negara, the current head of its London Properties and an assistant administration officer. [Read here]

An Australian firm revealed a Felda subsidiary paid for the employment costs and living expenses of its former deputy director-general's daughter in Australia [read here].

Overhead sources claim MACC will do something on a Tabung Haji subsidiary.

If all these actions will result in lower CPI ranking, so be it. But to make stupid claims like Rafizi had done for political mileage, it is not good [read MMO here].

A wrong decision is a wrong decision. What is important is to have more right decisions than wrong ones. And to learn from the wrong move to not repeat again. To lose RM64 million, it is not embezzlement or corruption.

Out of investment portfolio of RM64 billion, the loss to Tabung Haji is a pittance 0.1% and could be more than compensated for!

The ranking of Malaysia was affected by the increase of nations in TI's list.

Having said that, if it is not for the aggresive efforts of the MACC under its new leadership, Malaysia would rank at 60.

It proves the unscrupulous and unfounded allegations by Mahathir against the nations leadership on 1MDB & SRC had minimal impact.

With MACC's vigour and determination to combat corruption in Malaysia as well as clear signs that they will continue to into 2017, we could improve in the ranking.

It is a long and hard road ahead for the new Chief Commisioner and his charges.

LETS GIVE OUR FULL SUPPORT SO THAT they never wane in the war against corruption.