CEO from and Market goes Down Under, but Daim up and under 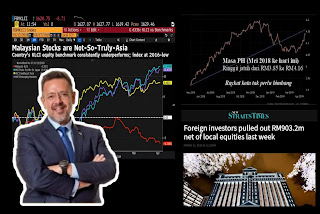 Bursa Malaysia CEO is from down under. It looks like the stock market went down under too. It is being seen as the worse performing market in the world.

Partly, it was the lackadaisical attitude of the previous SC Chairman, Ranjit Singh, whose more keen to be polis or jagah than developing market.

Yet certain budak-budak cina in SC, which are empowered with approval authority, is rampantly taking kickbacks and delaying approvals.

It is not believable to have escaped Ranjit's radar. Nothing racist as source is Chinese and it is quoted verbatim.

UBS proclaimed it has stayed off Malaysia for 5 years.


In a Bloomberg TV program, the reasons boils down to:


... country is politically unstable; no clear policy due to many reasons, including stupid cabinet members; and no consistency in policy (i.e. flip flop and U-turns). 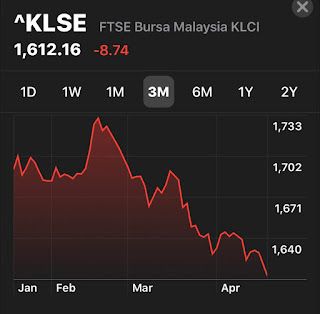 FTSE Russells Index have taken Malaysia out of its index. A blow as bad as Norway's Sovereign Funds pulling out of Malaysia completely. 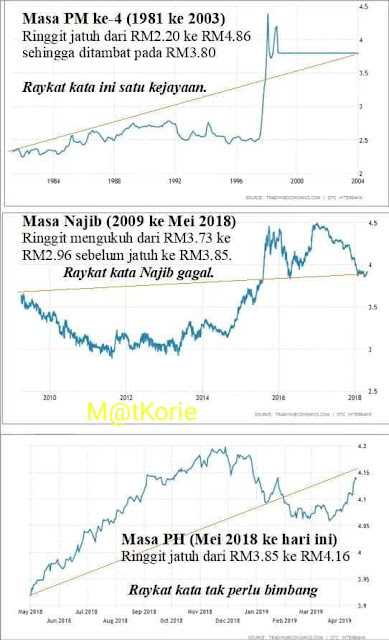 Ringgit is back on the shithill. 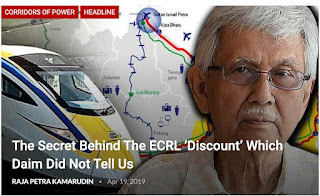 Tun Daim tried to create excitement through effort to revive ECRL, which is tied to oil palm. He promised economic turnaround within 6 months.

Public is questioning on the not really existed cost saving. It turned out it is only review of what Dato Najib have been doing including Bandar Malaysia.

Earlier Dato Najib said, the revised ECRL is a security threat because China is involved in the operations. They have 50% interest in the management company operating the ECRL.

The new plan seemed to be giving away lands by the thousands of acres of industrial lands to China companies. 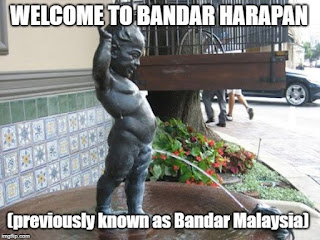 A good up and under for a basket by Daim. Its classic basketball move of a fake to move up but instead went from under for a two pointers.

It is also a rugby move by a forward to kick the ball forward to run and try catch it of the bounce for massive yard gains. Usually applied to get out of a tight defensive situation or limited option for attack.

During the general election campaign, Tun Dr Mahathir and Daim made an issue of the economic cooperation between Malaysia and China including citing cases similat to the book Confession of an Economic Hitman and security threat.

Now that they are in power, it is all and well. It is now OK to be close to China. Najib knew earlier that Malaysia's future growth is reliant on China. But the Tuns wants their beaks wet. It is not for the millions of Malaysians to benefit and prosper together.

Malaysians should remain only as kept-at-low-labour-cost workers and live hand-to-mouth till their death as human resource or indentured slave. 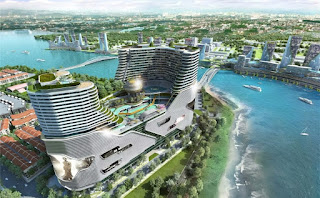 Another interesting twist, the company awarded the Melaka Gateway will be suing the government for RM134 billion for cancelling the approved and signed project.

Their lawyer is Hanif Khatri; PPBM's legal adviser, Mahathir and Khairuddin Abu Hasan's lawyer.and Mahathir appointed PERDA Chairman. Something is telling us that this is all wayang. They will get the contract back but restructure la the company shareholding. 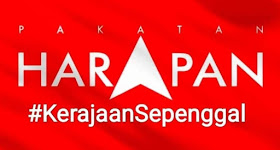 Heard from the conversation among the ruling political parties at a nearby parliamentary constituency, the PPBM people are hungry.

They believe PPBM is a one term party. Whichever come first - Mahathir fade away or come GE15, PPBM will not survive. Make hay while sunshine.

Talk is they are creating the option to return to UMNO. Obviously, they will not fit in with PKR or PAN or definitely DAP. 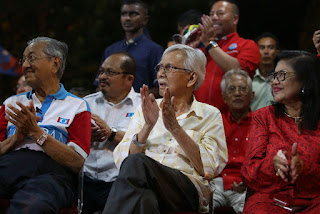 So Mahathir, Daim, Muhyiddin and Mukhriz believe they still have many years more and need to close UMNO up.

In the meanwhile, Malaysians never learn and forever a willing accomplice for these robbers to plunder the country and impoverish the people.

Day 5 of the court case: Prosecution could not prove money from SRC used to renovate Najib's not quite as luxurious as the homes of Mahathir or Daim or Mokhzani or Mukhriz.

Day 4 yesterday: Within 30 minutes of the raid on SRC office, the raiding BNM officer could know the exact section of the law to state in their police report.

He only received the banking record of the six accounts 10 hours after the raid completed by that time, police report was made. Strangely, the details were reported by WSJ the next day.

BNM officer revealed a transfer of RM60 million from an Abu Dhabi Bank. Najib is being charged for RM42 million fund from KWAP and maintained it to be political

DPP did not want conversation between Jho Loh and Ambank officer be known.

But not about the distracting commotion of police failed to hold off an uncivilised PH activist's attempt to annoy Najib by asking inappropriate question at an inappropriate time and pretending to be a student.

That is a DAP diversion. 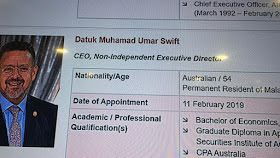 As far as the new CEO of Bursa Malaysia from Down Under, will it matter that the market gone down and under?

He is happy to be the Mat Salleh face to deceive public into a false sense of confidence as he gets to drive a RM650 000 new Merc collection.