DAP was the biggest loser at Tg Piai, not Mahathir 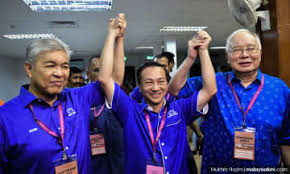 An extract of this blog's November 1st article entitled "Tanjong Piai by-election is a test for DAP" was republished by Ktemoc Konsider.

It was mentioned that "DAP members intend to vote against PH and teach Lim Guan Eng a lesson."

That formed the basis for this blogger's view for the candidate should be from MCA as to test the hypothesis and hopefully a possible turning point in Chinese voters' attitude towards BN. There have been a trend developing since DAP members' one-year displeasure of Tony Pua and overture to Guan Eng.

Ktemoc commentators did not agree. Monterball, an incorrigible blog commentator from Pak Lah's day felt MCA will win due to constant bombardment by social media critics against DAP Ministers. Another claimed DAP voters will vote against Tun Dr Mahathir. The last was upset against Muafakat Nasional.

It is a problem of being too early in expressing one's view. Dato Wee Ka Siong claimed earlier but who would take the words of a politician before an election.

Eventually, it did catch on as Joceline Tan started to acknowledge the shift and followed by her former colleague at The Star, Phillip Golingai. Currently PH-biased NST had to admit it two days before polling.

Immediately upon the collossol loss, DAP went on an attack mode to allay blame to Tun Dr Mahathir. PKR joined in for the obvious reason to hasten the transfer of power to Dato Seri Anwar Ibrahim.

The undeniable fact remained that Chinese voters shifted away from DAP wholesale. A recent analysis in FMT confirmed this blog's view:


DAP, the biggest loser in the Tanjung Piai massacre? 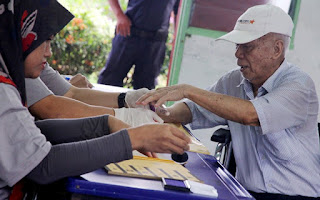 Quantitatively, the results of the Tanjung Piai by-election make little difference. But in the strategic political calculus, the outcome carried enormous implications, not just for national inter-party dynamics but also for the fragile, intra-coalition power balance within the ruling Pakatan Harapan (PH).

Knowing the dire consequences of a defeat, the PH government threw all it had into the battle, parachuting its heavy-hitters and superstars who dangled and dished out millions of ringgit using the “cash is king” strategy to get votes.

Their efforts were ably supported by the Election Commission and the police, who did their utmost to prevent the opposition from campaigning while turning a blind eye to the blatant bribery and violations of electoral laws by the ruling party.

In the end, it wasn’t even a contest but a massacre of a scale unseen in Malaysian political history, with the ruling party completely annihilated in a constituency where it was the incumbent.

Had this been a mixed martial arts contest, the referee would have stopped the fight and declared a knock-out. Had PH been a horse, it would have been put to sleep as an act of mercy.

The day after the by-election, predictably, political pundits had a field day, dissecting and interpreting the Massacre of Tanjung Piai with gleeful abandon. While some pundits performed statistical analyses and highlighted several key facts, the vast majority succumbed to the classic “confirmation bias”, a type of cognitive bias where one interprets an event based on prior beliefs.

The most pertinent facts from the by-election were only a few. The most important fact is not the 15,086-vote majority but the fact that the opposition won at all 27 polling stations including in Chinese-majority areas.

Victory for the opposition was a foregone conclusion as the PH candidate barely scraped through with a majority of 524 votes against the Barisan Nasional and PAS candidates in GE14. With the cooperation of Umno and PAS as well as the increasing Malay support for the opposition, the odds were stacked heavily against the PH candidate this time. This was evident in the last few by-elections where PH lost in all Malay-majority seats.

However, what was unexpected the massive swing of Chinese support to the opposition despite the community’s traditional suspicion of Umno and PAS. In past by-elections, the Chinese community strongly supported PH candidates despite their unhappiness. As such, the PH government expected the community to continue supporting it.

The Chinese voters of Tanjung Piai are typically loyal supporters of DAP who vote for the party through good and bad times. They are not interested in highfalutin concepts such as democracy, free speech, human rights, election manifestos, etc. All they want is fair and just treatment from the government in matters of economy, education, language and religion.

When PH formed the government in 2018, it expected DAP to reciprocate its loyalty by fulfilling the promises made. It expected much from the party as DAP had 42 MPs of which 11 are ministers and deputy ministers. A DAP member also holds the powerful position of finance minister.

However, a mere 18 months later, DAP has proven to be an utter, abject failure in the eyes of the community. Not only has the unfair and unjust system remained in place, the new government has proven even more repressive and discriminating. The Chinese were outraged that their beloved DAP had swiftly morphed from the fearless defender of community’s interests to mute running dog of the increasingly racist federal government. Nothing exemplified DAP’s newfound arrogance much as Finance Minister Lim Guan Eng’s act of drastically cutting government funding for TAR UC.

Thus, the action of the Chinese voters of Tanjung Piai to support the opposition is the single most important feature of the by-election and a damning indictment of DAP. The party’s failure to deliver its promises (both implicit and explicit) to the Chinese community finally reached breaking point, resulting in the destruction of the trust and credibility carefully built over the decades.

In summary, the result of Tanjung Piai has three long-term strategic consequences for DAP.

The first implication is that the Chinese community has crossed the Rubicon and the days of the community’s support for DAP/PH being taken for granted are truly over. It is highly improbable that the party will ever be able to enjoy the same level of support again.

The second implication is the weakened position of DAP within the PH balance of power. That PH was/is highly dependent on the non-Malay support that DAP brings is no secret. A significantly lower non-Malay support would mean that DAP is no longer able to carry the same weight to influence policies to favour their non-Malay voter block.

The third consequence is that the Tajung Piai results will likely trigger forces within PH demanding for change in national leadership by pressuring the prime minister to expedite the power transition to Anwar Ibrahim. This will unleash a major crisis and power struggle within PH, with parties and individuals forced to take sides. DAP, too, will have to choose a side. But irrespective of its decision, the consequences will only be negative for the party. 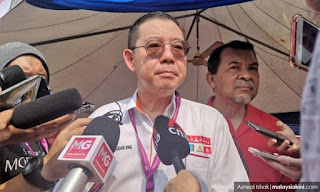 Has Guan Eng shed his arrogance in response to the shift in Chinese vote away from DAP?

It will take sometime for someone whom the public just realised had dropped from his them moralistic perch. His campaign message to voters was to judge based on whose paying the civil servant salaries.

He has since asked for more time and patience. As Thayaparan wrote in Malaysiakini:


The DAP, in particular, is a victim of its own propaganda success. The party’s scorched earth policy when it came to race relations with regard to what the MCA was doing with Umno and the rhetoric surrounding the failed Umno policies – which Harapan has no problem emulating – was effective propaganda for non-Malays. But, like all propaganda, it comes back to bite the collective behinds of Harapan.


What Lim should understand is that if Harapan is given the five years he wants, in the end, the country will be either in worse shape or people would just lose faith in the political process and just not participate.

What Lim should really worry about is that for the decades BN ruled, there was peace and stability, even though racial and religious policies were running this country.

Once the base starts realising that a change in a government really does not mean a change in policy, people will stop participating in the process.

What Harapan is doing now, is mainlining apathy into the base.

Despite the plea, Guan Eng remained stubborn for control and not show any compassion on the Chinese community cause celebre in the TAR UC.

DAP have reverted to the usual subversive strategy to initiate inter-racial animosity by smuggling in Chin Peng's remain and publicising to the public after two weeks of disposing the ashes in the sea and mountain.

"DAP have reverted to the usual subversive strategy to initiate inter-racial animosity by smuggling in Chin Peng's remain and publicising to the public after two weeks of disposing the ashes in the sea and mountain."

What basis do you have to to say this?

Another brick in the wall told you so?