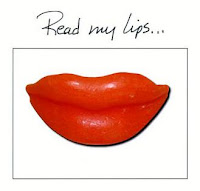 Zambry was suspended for taking oath of office subsequent to his appointment by the Sultan of Perak. By his act, Sivakumar had refuted the authority of the Sultan of Perak which had acted accordingly. In the light of the Federal Court decision, is it not fair to say that Siva had "derhaka" to the Sultan?

In a recent appeal to the Court of Appeal by Zambry to appeal an earlier High Court judgement in favour of Nizar, the three member court had decided the Sultan had decided appropriately in accordance with the Federal Constitution and Perak's Undang-Undang Tubuh Negeri.

Nizar does not have a chance of being heard in Federal Court but now acting out a "wayang" to play victim. He will have a tough time explaining his dastardly behaviour of his Pakatan goons in the Perak Assembly on Mey 7th and the Perak Chinese outright claim that Zambry "rampas negeri Cina" (seive power of a Chinese state).

The news on the Federal Court decision below:

Court: No authority for Speaker to suspend Zambry

PUTRAJAYA: Perak Menteri Besar Datuk Seri Dr Zambry Abdul Kadir and his six state executive councillors cannot be suspended from attending the state legislative assembly for alleged contempt as the offence is not provided for under the Perak State Constitution, the Federal Court ruled.

Federal Court judge Datuk Seri S.Augustine Paul, in his written judgment, said Article 44 of the Perak State Constitution, read together with the Standing Orders of the legislative assembly and the Legislative Assembly (Privileges) Enactment 1959 did not provide for the offence of contempt and the resultant punishment of suspension from attending sessions of the state legislative assembly.

Therefore,the suspension order of 18 months for Dr Zambry and 12 months for the councillors made by state speaker V. Sivakumar was null and void as Sivakumar had no power to do so, he said.

“The power to deal with contempts, which is not provided in the Standing Orders of the legislative assembly, is not something that the Speaker can take cognizance of as it requires a law to that effect,” Paul said in his 64-page judgment dated June 3 and made available Thursday.

“There must be specific legal authority to take cognizance of and punish for contempt. This is particularly significant where the alleged contempt was committed beyond the walls of the legislative assembly,” he said.

On April 16, the fiveman bench led by Court of Appeal President Tan Sri Alauddin Mohd Sheriff held that the suspension order by Sivakumar on Zambry and his six exco men was ultra vires the Perak state constitution.

In the summons, they contended that Sivakumar had, by a letter dated Feb 11, 2009, complained that Dr Zambry was acting illegally by appointing an executive councillor contrary to the supreme law and that the contempt had embarrassed Datuk Seri Mohammad Nizar Jamaluddin, as the Perak Menteri Besar, and had prevented his (Mohammad Nizar) exco from performing their duties under the Perak Constitution.

The applicants further contended that by a letter dated Feb 18, Sivakumar, in exercising his powers as Speaker, found them guilty as charged and suspended them from attending the sessions of the state assembly for 18 months for Dr Zambry, and 12 months, for the others.

Paul, in his judgment, said: “The suspension against the applicants was done pursuant to Standing Order 72 of the legislative assembly. The summonses against them state that their acts constitute contempt. As contempt has not been specifically prescribed for, the acts cannot come within the ambit of Standing Order 72.

“Standing Order 72 authorises the Committee of Privileges to take cognizance of ‘any matter which appears to affect powers and privileges of the assembly’.

Nizar and Perak's current opposition have expressed intention to appeal the judgement. They are currently creating a "wayang" to accuse the Court of Appeal of being intentionally late to release the written judgement.

Given the poor understanding of law by the country-side Pakatan team of lawyewrs, that accusation is not likely to be true. New information will dispell that accusation.

ASSUMING in is true, any filing for appeal to the Federal Court will not automatically be heard. There must be new information or significant argument ignored in the earlier court judgement for it to be heard.

Nizar whould have been advised that the prospect for appeal at the Federal Court is bleak with a 3-0 judgement against him. That is the reason he returned his Camry licensed plated AGS10.

The state had planned to sell off the Camry cars and the AGS 10 car is offered to him. It seems he is not interested since he plan to be back in power. He forgot that DAP will ready a Malay candidate for next election.

There is no reason for Nizar to dramatise the Perak issue any more. Lee Kuan Yew's visit of Zambry is a tacit endorsement from DAPs Supreme Commander.

Judging from his frequent habit of twisted, spinned and flip flop statements on the issue, he either does not understand or was instructed by Ngeh or Nga to act stupid. It is not impossible that he is just plain stupid.

For sure, his naive style of politics is a headache for PAS. It would not be surprising that the recent "stunt" of Haji Hadi has something to do to rectify Nizar's blunder.

Does this mean that Gobind Singh Deo's suspension is also ultra vires ?

No! It is different.

Read this posting properly and not pick and choose what you wish to read.

Purple Haze
Have you read the judgment? The judge said the operative word is 'during the proceeding of the assembly' which means any action must be taken when the DUN is in session. The parliament was in session when Gobind was suspended as opposed to Sivakumar's action.

Maybe I can give you a scenario - a complaint is filed against 20 opposition members when parliament is not in session and the speaker suspend them for 12 months. BN will have their 2/3 majority back and passed whatever laws they want. That is exactly what Sivakumar did.

"All Government instruments, including the Attorney-General's office, the police and the judiciary were under the Barisan Nasional thumb and members of the ruling clique were immune from prosecution. Those who went against them were humiliated and disgraced through trumped-up charges."

why put so much emphasis and significance to Lee Kuan Yew's meeting with Zambry. There is no need nor does it mean anything that you need to rely on Lee Kuan Yew to legitimise what is essentially a cort appointed KMenteri Besar. Do not pay excessive homage to The Senior Minister Mentor (what the xxxx, Singapore is the only place in the world with this title for a senile old man whose time has passed a long time ago.