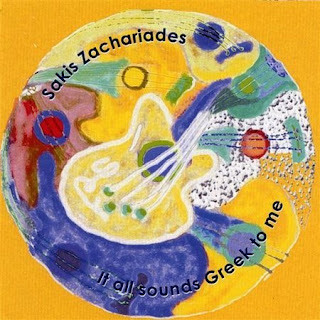 My lawyer friend, Bhadarul Baharain bin Sulaiman wrote a Letter to Editors of The Star and NSTP to respond to the idiotic remark by Tan Sri Idris Jala but was not published.

I am neither comfortable addressing him as Tan Sri Idris Jala (and will prefer to call him as Butcher from Shell or Butcher). Nor am I comfortable with Butcher given the task of cutting the national deficit.

When he was at MAS, Butcher had a habit of identifying the wrong problem, thus deriving the simplistic wrong and generic turnaround plan, and finally manipulate figures to lie the true failed results. In four years, MAS lost its domestic, Asean and China businesses and capacity to be a major player in the Airline industry. That is not all.

Returning back to Bhadarul's letter, The Star and NSTP censured his letter. Luckily, Butcher does not instill fear in The Malay Mail Editor because the letter got published today. The letter below:

The economy: Time for subsidy withdrawal symptoms?
Only if govt shows how savings benefit rakyat

I AWOKE this morning (May 28) to the misfortune of having to read the headlines of two local English dailies of impending doom for Malaysia as a result of the manner in which our economy is structured, that being the various subsidies which, since gaining our independence, has been a pillar of the economy and magnanimously and benevolently extended to the rakyat by the government.

Malaysia is truly a blessed country. We are a multi-racial, multi-religious and multi-cultural country. We coexist in peace. We have various natural resources and fairly good infrastructure.

We can also be very proud of the various government-linked corporations that the Federal government has established or incorporated. Petronas, our national oil company, and Tenaga Nasional Berhad (TNB), our national electricity company, are fine examples, and the list goes on.

I am just an average individual who works to earn a living and I have benefited from the magnanimity and benevolence of the government. As such, I cannot help but wonder how such gestures by the government these past decades can be the cause of impending economic doom for Malaysia. Truly amazing!

Only recently, it was announced by the government and published in the newspapers that our growth rate in the first quarter of 2010 was at a 10.1 per cent. What a really fantastic growth percentage for Malaysia. And all this while, other countries worldwide are posting somewhat significantly lower growth rates.

After all, Petronas has consistently posted huge and enormous profits since its incorporation. TNB, with its monopoly in the distribution of electricity in peninsular Malaysia, also continues to record profits. And yet, the government now has plans to remove most subsidies which the rakyat enjoy. I really wonder why. And now because of the various subsidies, Malaysia may be faced with impending economic doom.

Are we not a country having some reserves of a sweet and light crude oil which sells at premium prices? Is Malaysia not a net exporter of crude oil when compared to our neighbouring ASEAN countries with Brunei being the exception?

Why does the government compare our petrol prices with that of Somalia, Singapore, Thailand, developed countries around the world and other countries which are net importers of petroleum? Why is there no comparison being made with net exporting countries? Any comparison must be on an apple-to-apple basis.

During the past 15 to 18 months, issues relating to the profits recorded by Petronas have been raised by various parties. By removing the subsidies for petroleum and diesel, there will inevitably be price increases for most goods and services. How then will the government extend the benefit of the profits of Petronas to the rakyat?

It appears, to me at least, that the government, whether knowingly or not, keeps going back, again and again to tax the rakyat. I am quite sure that most individuals would not mind having to pay a bit extra for better services and conveniences. But how can the government expect the rakyat to pay any additional amounts when services and conveniences are substandard, well below par and not up to the rakyat’s expectations?

The Lembaga Letrik Negara (LLN) or Central Electricity Board (CEB), as TNB was previously known, served social purposes as well. Included in the LLN budgets previously, were amounts for the expansion of infrastructure into the rural areas. These days, TNB talks not merely of profits but economic profits. When an entity has a monopoly, there should not be talk of profits, much less economic profits.

It is easy to talk about raising tariffs to justify profits, making TNB seemingly a good investment for fund managers, but what about the rakyat? If TNB did not have a monopoly, by all means, increase the tariffs and let the rakyat choose which service provider they want. Level the playing field first!

These are the types of arguments and contentions which give rise to further questions. What will happen to all the monies which will be made available as a result of the withdrawal of the various subsidies? We have all been told and have heard of the responses from the government that such monies will be utilised or have been used for projects which will benefit the rakyat.

I would be most grateful if the government could provide details of such projects and please do not omit pertinent information, such as specifications and relevant costs involved. Most development projects can be calculated on a per square meter basis.

As a Minister, Butcher cannot afford to shoot his mouth at will even though he is not a politician. It is because his words would have political implication. He works amongst politicians and his bosses are politicians too!

Incidently, Butcher's remark duplicate exactly what was spinned by Lim Kit Siang in their campaign in Sibu as though Malaysia is going the path of Greece. Tony Puah had recently mention in one of his political statements that the national debt is RM360 billion.

Did non-political Butcher leaked this information to DAP since he is known to be cordial and have celebrated Christmas with them last year?

Back then, he knew market would panic and his MAS shares would plummet. But now he doesn't care if his remarks based on a worst case senario would make the rakyat panic. Butcher only care that the rakyat is swayed to support him through his misleading survey in the way Nor Yakcop supported his MAS turnaround plan even though both are blurred.

Does Butcher he realised that by instilling fear of price hike and bankruptcy, he can cause financial panic too? Retailers and shopkeeper would raise prices ahead price hike announcements.

When Pak Lah raised petrol by 78 sen, it cost his premiership. The public totally lost confidence with Pak Lah. By announcing at will price hikes of many goods, is Butcher trying to ouster Najib by making public lose confidence with his financial management ability? Is Butcher sabotaging Barisan Nasional?

What more with Butcher's statement of bankrupt by 2019 had several weakness.

One glaring weakness highlighted by Jebat Must Die is that he assumed debt is compoundable annually at 12% p.a.

How could Malaysia possibly get into get a Greek crisis with positive GDP growth, balance of payments, billions in revenue, low inflation, payments on borrowed loans, and budgetary deficit of 5.6%? Malaysia is not in the same situation as Greece.

How could cutting subsidy help improve conditions? Many are getting confused with such idiotic statements by Ministers.

Does Butcher understand that cutting subsidies at free will is not in tandem with the "rakyat diutamakan" slogan? Does he not have concern for his Kelabit folks in Sarawak suffering of low income and rising prices?

How could Government cut subsidies and cause rises in prices when the high income model of New Economic Model failed to get endorsement of Majlis Perundingan Melayu?

This makes this blogger sick with such Ministers shooting their mouth without understanding the implication of their statements. Can PM send this incompetent Butcher back to Shell?
at 5/31/2010 10:20:00 PM

Voicey,how are you? I was one the the speaker at the forum on reduction of subsidies at the KLCC Convention Center and I told the panelist that the govt does not have a good reason to increase the price of fuel as MALAYSIA (Not Petronas) is a net exporter of oil with a daily surplus of 55000 barrels per day. Idris Jala just kept quiet but surpisingly Tony Pua was supporting the cut in subsidies.It will take a lot of space for the remainder of my speech,so please go to Http://www.georgechooalloutformalaysia.blogspot.com

A mechanism to stop giving subsidies to rich people especially of the Chinese descendants should be made since most of the poor people are the Malays.

Hasn't it occur to you the person you call "the Butcher" is just a messenger to deliver bad news.

Ultimately it the Minister of Finance who is ultimately responsible to manage well Malaysia finances. So far we have not heard concrete statement coming out from MOF regarding the matter unlike the poms when announcing the GDP 10% growth for last Qtr. How convenient.

excellent article.. can't agree with you more.. i have lost words to described that idris jala.. stupid would be a good start.. shouldn't have been placed in MAS let alone on the Cabinet.. merely painting cosmetic profits for MAS and fooling our leaders to think that he actually did a good job with MAS.. DS Najib wake-up please.. Stop being fooled by characters like idris jala, Amirsham and gang (i.e.- your stupid advisers).. We see you working super hard but being fed with all the wrong info and advise by these goons and clowns.. We put high hopes on you and please don't disappoint us.. DON'T BE ANOTHER PAK LAH.. Please.. We kicked PAK LAH out for a reason.. NOT to be replaced by another PAK LAH.. We all need to BOTH economically and politically savvy in order to re-earn the people's trust.. WAKE-UP!!!!!

your nickname befits you pretty well...you shouldn't be too concern on race to implement your anti-subsidies. You need to really wake up from your rose tinted glasses and see the real situation.

Regardless whether chinese,malay or indian....cut the subsidies for those over a certain income group.


Your mentality of biasness is shows the true color of you not really knowing the real teachings of fair practice and democratic values.

You are a bygone era, and most of the goons of your ilk needs to wake up from your tempurungs and understand that the world doesn't owe you a living, it was here first.

It is sad that people are more interested in trying to read between lines when there is no need for that – let us just go on the facts – regardless of politics, those subsidies represent distortions that are unsustainable and in the long run, damaging. I for one am glad that the Govt finally seems willing to move toward a more realistic competitive economy. Hey, nobody is saying that by agreeing to cut subsidies, we are supporting whatever went wrong in the past – no way! Get rid of that nonsense! which is what i believe Idris Jala is actually working towards. Just dont forget that at the same time its also right to slowly get our economy in line with the rest of the world.

Well said, WNI. Jala was given a second chance but he blundered big time just like amirsham. Dont worry, his days are numbered. Yet , some people defended him because he is just a messenger. Yeah right, a stupid messenger... jump boy, jump into the river, boy!

Well said, WNI. Jala was given a second chance but he blundered big time just like amirsham. Dont worry, his days are numbered. Yet , some people defended him because he is just a messenger. Yeah right, a stupid messenger... jump boy, jump into the river, boy!