The lies the Israeli are fabricating 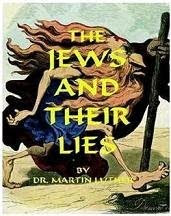 There will be a demonstration today at the US Embassy at 10:30 am. Hajat prayers will be held at Masjid Kg Baru, Kuala Lumpur after Maghrib. Tun Dr Mahathir is expected to be there.

Immediately upon newsbreak of the Israeli navy boarding and massacre on the Gaza Aids Flotilla, the Israeli response was soldiers were attacked by sharp objects.

Then they came with another excuse that those on board were armed.

The ship had to undergo custom inspection of several countries. It is not possible for weapons to be smuggled in the ship. The ships were meant to carry supplies for Gaza. Having weapons would be tantamount to inviting violent Israeli response.

Now begin the real lies by these Zionist bastards!

NewsCore - Israel attacked a Gaza-bound aid flotilla, leaving at least 10 activists dead, only after receiving reports the fleet had links to al Qaeda, the Israeli ambassador to Denmark claimed Monday.

"Before the flotilla entered Israeli waters, rumor had it that the organizers [of the aid initiative] had links with the al Qaeda terrorist network," Arthur Avnon was quoted as saying on the website of public broadcaster DR.

"The people on board were not so innocent ... and I cannot imagine that another country would react any differently," the ambassador said before being summoned to the Danish foreign ministry to explain the attack.

Avnon lamented the loss of life but nonetheless defended to DR "the [Israeli] soldiers who were welcomed with violence when they climbed on board. One of them was injured in the stomach and others were injured with baseball bats."

An Israeli military spokesman said two guns had been discovered on the ships and Israel's military chief, General Gaby Ashkenazi, blamed the violence on Turkish non-governmental organization (NGO) IHH, which he characterized as "extremist."

Israel's Channel 10 television and al Jazeera both reported 19 dead, but the Israeli channel later revised that number down to 10. The Gaza branch of IHH put the death toll at 15, saying most of them were Turkish nationals.

The Israeli military said seven soldiers were wounded, one of them seriously.

(This article is provided by NewsCore, which aggregates news from around News Corporation.)

The Jews are well-known liers, propogating that they had been abused in the Holocaust just as an excuse to do it to others as well.

We also know that the Jews kill the prophets sent to them the most due to their arrogance and unwillingness to submit to Allah.

Arab nations should have nuclear arms.