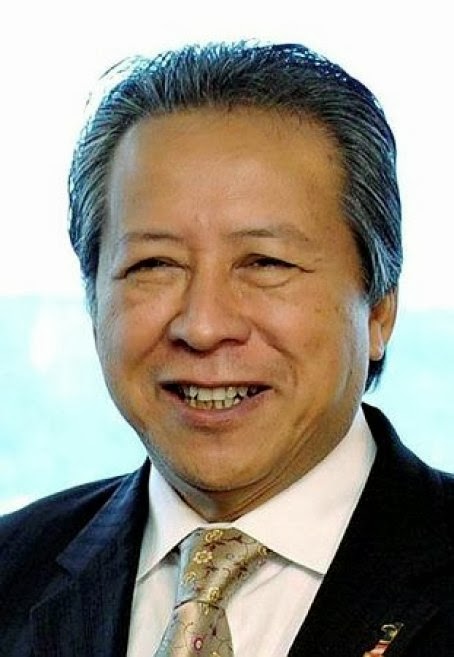 Foreign Minister, Dato Anifah Aman issued a statement to rebut the blame-others-but-himself accusation by Dato Seri Anwar Ibrahim for Japanese authority's refusal of entry to him. He denied neither making any report to the Japanese on Anwar nor influenced the Japanese authorities.

Wisma Putra did nothing.

For someone with a long series of sexual conquest, on both sides of the gender divide, it must be hurtful on his ego to be described such. Desirous Anwar had alleged to have done a facelift to be desirable, politically.

The NST Online report below:

KUALA LUMPUR: Opposition leader Datuk Seri Anwar Ibrahim was denied entry into Japan, as he was considered an "undesirable" person under the country's immigration laws.

Foreign Affairs Minister Datuk Seri Anifah Aman said under Japan's Immigration Control and Refugee Recognition Act, the Japanese government had the right to deny entry to any person that had previously been convicted and imprisoned of any crime in Japan or in any other country.

"The Japanese government can deny entry to anyone who they find undesirable, and they are under no obligation to explain to us further why they have decided to do so," he told a press conference today.

Anifah also denied Anwar's allegation that Wisma Putra had a hand in barring him entry into Japan.

"It's unthinkable... the idea that I might have any influence over what the Japanese government does," he said.

Agenda Daily quoted Anifah's words in Malays to turn the table against Anwar:

Another news report by The Star here.


Anifah still sounded fairly diplomatic. Unlike his boss, if Anifah could do it his firm and decisive ways, we believe he would have said something more drastic on "undesirable".

One Japanese source described to us that in the the past, the procedure is for the Kuala Lumpur Japanese Embassy to issue a Visa and a special notice is sent to the Japanese Immigration.

Ever since Malaysians are exempted from applying for Visa in July last year, the power to allow entry lies with Immigration. They may have collected information from publicly available sources, including possibly from the Internet record.

Since Anwar has a criminal record, it is only expected for him to be denied entry. However, let us await official statement from the Japanese Embassy to confirm.

In FMT here, Anwar described the affair as "inconceivable" for "one of the world’s leading democracies to take this unprecedented action." Perhaps so, since Japan is a country rich in culture but is a fairly liberal and free society from the western sense.

Anwar see it as inconceivable for a regular player like himself and playing the field from both end  deemed undesirable.

To save him from further embarassment, he had the no shame Latheefa Koya to issue a statement and substantiated with Karpal Singh's. But, it adds to nought because both are playing to a typical Anwar tune of blaming it on Putrajaya and government.

If Anifah is really powerful, he would have banished Anwar from Malaysia and not just deny him entry into Japan.

There could be implication from this incident to be denied entry from an important country like Japan. Imagine him as Prime Minister denied an official visit to Japan. There is political and economic implication there.


If PKR had much fun with Dato Najib for his kangkung statement, what do we make out of this? Anwar did not make any statement on nori seaweed roll or wasabi, but Anwar's political reputation have been sushi-ed by the Japanese.

State governments of Selangor and Penang and PKR must be thinking of doing a demonstration in front of Japanese MNC owned factories and offices nationwide to protest this embarassment on their Great Leader.

Kudos to DS A if ah for the swift response to the issue in hand. This is one efficient minister we can take our hat off.

By the way Anwar Al Juburi and Lateefa Koyaak should learn that BN UMNO had no influence on the affairs of the Japanese go government. So do not be a cry baby ok.

The place most suitable ,acceptable and happilly received this ultraman blakang taro is the country called hell situated in unknown place