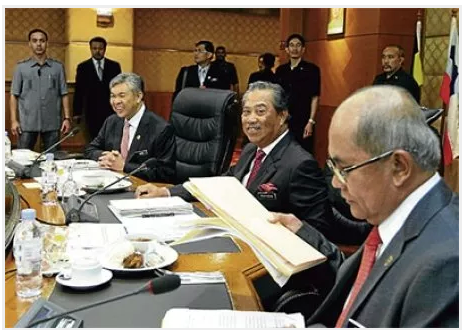 He announced the ban on foreign workers in fast-food outlets. Having expressed our view [read back here] to limit the opening hours for mamak shops to reduce dependence on foreign labours, the news was of particular interest to us. Muhyiddin should insist on mamak shops be included as fast food outlets.

These mamak made tons of money by exploiting other human particularly cheap Indian national workers. They contributed to foreign exchange outflow for too damn long and lead to unfair competition to other local truly Malaysian food outlets. Not to mention, the social problem created by the social change brought by these mamak eatery shops.

With too many neo-liberal policies from Putrajaya, which is reversing nation building, this policy announcement is a gasp of fresh air. There must be more serious effort to insist on keeping Malaysian jobs for Malaysians.

For that matter, include also home, properties and subsidies.

Although it was relevant news, only the following NST report is found on google at Malaysian Digest:

PUTRAJAYA: AS the number of locals interested in working in the fast-food industry picks up, foreign workers are relegated to other sectors.

For this reason, the Cabinet Committee on Foreign Workers and Illegal Immigrants agreed yesterday that all fast-food and similar concept restaurants must give priority to hire locals.

"The operators are not allowed to hire foreign workers because many locals are keen to work in fast-food restaurants.

"The growing interest among local job-seekers can be attributed to the less demanding cooking skills needed in fast-food outlets.

"The skills needed in these outlets can be learnt," said the committee in a statement issued after its meeting chaired by Deputy Prime Minister Tan Sri Muhyiddin Yassin yesterday.

In this respect, the jobs at such outlets had attracted many locals, including youths, school-leavers and university students, who wanted to earn extra pocket money and gain work experiences, either as part-time or full-time employees.

Domestic Trade and Consumer Affairs Ministry's communication unit had defined a fast-food outlet as a business facility preparing fast-food services, such as McDonald's, Burger King and KFC. This classification does not apply to food-and-beverage outlets that hired waitresses, such as Kopitiam or Starbucks.

On Dec 27, 2011, the government had announced that it would allow foreign workers to be employed as croupiers, newspaper vendors, grass-cutters as well as house and vehicle cleaners.

They could also be employed by workshops. They are also allowed to work in mining/quarrying, mangrove-logging, food beverage businesses and fast-food sector.

The committee had also decided to extend the Bangladesh government-to-government mechanism to be used by the Sarawak government to fill the vacancies in the palm oil sector.

"The decision is based on the positive impact when the mechanism was executed in Peninsular Malaysia.

"It is capable of overcoming issues in hiring foreign workers, including in their entry method, security and health screening between both nations," it added.

The committee urged employers who had claimed that they were cheated by agents and middlemen during the recent 6P programme to come forward to the Home Ministry's one-stop centre.

The last part of the report was rather discomforting.

He must thanked his lucky star because it was party election season and he has got his campaign on the right track. We held back our opinion so as not to be seen as sabotaging his campaign.

However, his disappearance during New Year's TURUN demonstration, no action on his syiah accusation of Mat Sabu, and his birthday bash last weekend is not endearing him with bloggers. He announced no more giving 'amaran' but he is beginning to be seen as a "Tin Kosong."

Having 1.3 million Bangladeshi is a crazy notion. When it was known some years ago that there are million Indonesian, legal and illegal, working in Malaysia, there was security concern. Now it is 1.3 million Bangla Deshi to add to the more than a million immigrant workers.

Furthermore, Bangladeshi is not exactly as industrious as Indonesian and not suited for plantation life.

Not exactly blaming it on Zahid, however rumours heard earlier that the number of Bangladeshi workers is actually 2 million and some hanky panky going on. Hopefully there is genuine attempt to cut out middlemen exploiting these poor workers and treated in such a inhuman working condition as reportedly claimed in this NST report here.

The issue of special IC must be properly explained and not become another source of political spin of Bangladesshi voting in a general election.

Ever since Zahid's Ministry announced that foreigners can work as security guard by merely passing Bahasa Malaysia certificate, ours are zooming on Zahid. [Read here]

It is, as if the Prime Minister aspirant, was insensitive to the family of late Ambank officer, Norazita Abu Talib and had forgotten that there was statement emanating from his Ministry that other than Gurkhas, no foreigners are supposed to be security guards.

The root of the murder allegedly lies in the problems created by GLC owned Banks and Muhyiddin's Ministry of Education. [Read here.]

The manner the private sector are hiring foreigners, from the fields to the cushy CEO offices, indicate a chaotic and incoherent policy.

Since the leadership is aspiring for a New Economic Model and high income economy, the country is supposed to move up the value chain. Industries should be investing in machineries, equipment and improve processes to increase productivity per worker.

They are supposed to move towards epitiary (hopefully the right term) production outfit where only trained staff to run a factory. That should be the way to get Malaysians to be interested in manufacturing, agriculture and etc.

But the feudel thinking chap ayam politicians goes around saying Malaysian are pampered and lazy.

Instead, the country is still in a mental time warp for cheap labour production by bringing in foreign workers.

Government should be more thorough on the cost and benefit of foreign labour in each sector.

The mamak shop and the likes are fine example in the abuse of foreign labours that does not serve to add more to economic productivity of the country. The cheap labour models allows them to sprout all over the place, compete to make rental high and rake in money like water with long hours, high volume and high margin.

As argued before, 24 hour opening are not productive social habit to the population. No major cities of developed nations have shops open to late 11 PM and eateries go 24 hours. No labour supply can sustain such economic activities but through importing of foreign labour.

Foreign labour is unfair to the local labour market due to two tier wages and racial discrimination. So employers must learn from developed nation to pay fairly and harness untapped workforce from part-timers, students and mothers returning to the employment market.

At the other end of the pay scale, it is puzzling to see the type of foreigners being roped into GLC and corporate top management.

We tend to take in rejects and failures and shower them with high pay, perks and expatriate lifestyle just because they are "orang putih" and speaks English with slangs the bosses are hoping to be able to emulate. Fine example is the 'orang putih kulit gelap' former MAS Chairman Tan Sri Munir Majid. 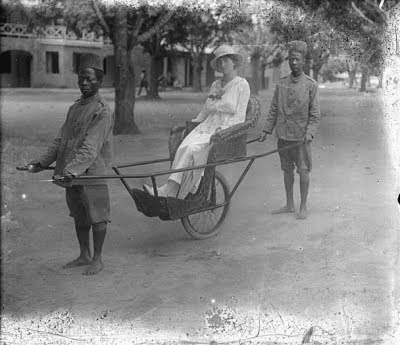 They are usually the unemployable in their own home market or unqualified. In other words, 'dah tak laku'. Thus, there must be a sincere assessment on the added value of these overpaid "orang putih" and their so-called expertise.

In a case, a friend told us that he did work for McKinsey & Co for RM20,000, yes the PEMANDU consultant.

He found out that the same work was merely given a touch-up, some powerful powerpoint prresentations and paid RM100,000 by Dato Omar Ong and Dato Idris Jala's PEMANDU.

During Idris Jala's stinct and Munir's chairmanship at MAS, they brought in three "orang putih" which till today were laughing stock of the staff.

The "orang putih" slang only fooled the colonised mind of Board of Directors (including Munir and San Francisco bound Idris) and politicians but the technical and managerial staff are so aware of the shortcoming and act put up by these "orang putih."

"Orang putih" description should not be limited to Eurpoeans, Americans and Oceanics but colonised minded Malaysians to over awed with Mat Salleh and their ideas that they could not differentiate between the leaves and trees. PEMANDU and the neoliberals fit in that description.

For more than 55 years, Malaysia is an independent nation. Our psyche is so f#ck@d up colonised that we are proud whenever to get praises from World Bank and IMF.

Good one, sir. Another reason for munir slang is to cover up for his ga ga gap.

I think it is good. Come on, Malaysians think white is good. You yourself think that dark Indians are lower class, so there is nothing to complain. We pay money for color. I know companies in Singapore getting paid 8 mil. To do basic valuation for some govt deals. So if a white man tells you something your tits get tickled. If a dark Indian tells you something better and more insightful you call him keeling mabuk.

No more 24 hrs mamak rest. hopefully will see husbands home early to help with the kids and chores and the death of the jom-minum-borak-kosong-garuk-teloq idiotic macho melayu culture.

It all started with omar ong.... Najib s trusted general... Kj and his neo liberal friend and a few more mat salleh wannabe and thats included najib who cant speak malay after completing his education in uk....

So blame who voted them in...

check if its still being practice in KFC or other fast food outlet, local are paid basic of RM600p/m for school leaver i.e RM3 - Rm3.5/hour. If its still is, its bloodsucking.

It's funny that your piece on the mamak restaurant exploitation of immigrant workers was one of the three short films in the movie Kolumpo.

And yes, them mamak restaurant operators ARE A CARTEL. Second to the Cinaman.

-Heart of the Sun