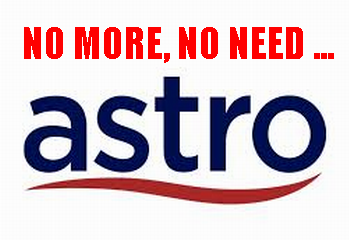 Although he said more is to come, Dato Najib's 11 steps to reduce government expenditure is not convincing enough. It is hardly 2% of government expenditure and hitting the wrong button. For instance, if business class is only meant for JUSA C and above level, it hardly affect more than 1,000 out of the 1.4 million civil servants and does not amount to much.

This blog had written about cutting wastage and corruption in September and October. There was even a list of 60 made including the wastage of having PEMANDU. Najib still insist on keeping them and will spend money to do a lab to study the rising cost of living.

No ... can't wait for the study which the outcome template can only be expected and goverment will give more BR1M to the lower income. Neither will the overly business and corporate friendly government think of solutions like creating cooperatives as community money saving effort. Someone pull the handbrake on the tax task force.

Slashing our household expenditures immediately. First to go will be Astro. It is something one can do without.

The first reason why Astro will be first to go is that between Astro and Unifi, the Wifi service is more important priority. The Unifi service include Hypp TV, so there is no need for that many more TV channels.

The Astro service we subscribed now is only the basic services of News, Sports and those free channels. Hypp TV has news channels too. There is no no more the necessity to watch as many sports channel. Football nite can be done at some mamak shop and it is more fun.

There is no need for down-to-the minute news for foreign and busienss news. Those on the Internet and Hypp TV is sufficient but Hypp TV has the Live parliament coverage. 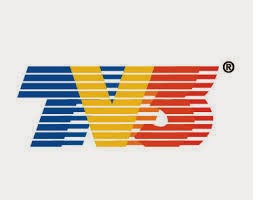 Second reason is that Astro is making too much money and getting too much preferential treatment. As subscription TV, it is supposed to be advert free but it is not. It was an unfair competition to TV3's then subscription channel, Mega TV which was not allowed to take adverts.

On Hypp TV, one can watch back missed news programs. Maybe Astro Beyond can also do but there is more reason why it is not relevant.

Third reason, Astro is an unfair monopoly and should be boycotted. When MITV was to enter the market and provide consumers with choices, they had unfairly blocked their entry by killing off all market segment MITV planned to enter.

When they entered the market, they were given on a silver platter and rules bend to help them. However, they become monopolistic and stopped entry of other services provider. 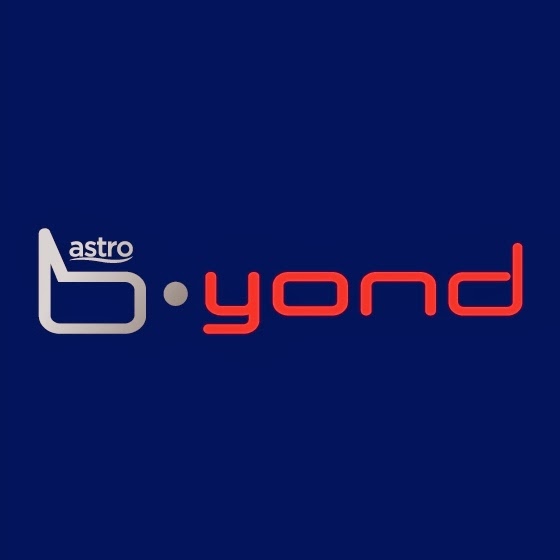 Forth reason, as a monopoly company, Astro raise prices and took away popular channels from the basic services as and when they wish. Already their agents are forcing us to subscribe to their new service Beyond and come with increase monthly subscription.

By right, it should be given for no additional cost but merely to improve services and be more competitive. Since they are a monopoly, it is just an excuse to increase subscription. Prey on other dumb dumb ... but not us.

Many channels like Granada ITV, Crime, Entertainment and many others channels were slowly taken away from the basic service that there is hardly much interesting channels left to watch, whenever we are in the mood to watch TV. 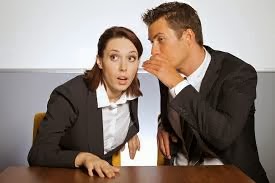 Fifth reason, sometime back in our WhatsApp groups and other social media, there was a hot discussion against Astro.

Allegedly, Astro charges RM150 a month for a cost of only RM15 per service and making exorbitant profit of RM1.5 billion. Air space is not charged but free and does not need as much infrastructure as GLC owned Unifi.

They call on government to take away 50% of Astro monthly charge.

Sixth reason, another complain against Astro by them was the movies are being repeated 18 times.

Seventh reason, whenever rain begin to fall, there will be that regular disruption of service. Astro did not bother to address that problem since it's inception.

With the Unifi, there are plenty of uninterrupted programs and movies to watch and download for free. Hypp TV also has movie channels and VODs. 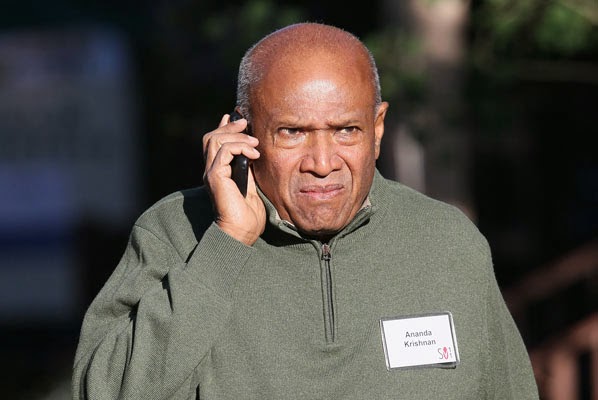 Not the last reason, we do not watch as much TV as before.

Astro only made Tan Sri Ananda Krishnan richer but his contribution to nation building is merely token. Not unlike, TV3, Bernama, and Telekom that contributed in that direction. Even then MITV contributed to increase the technological capability of the nation.

He is out there to only make money. In fact, he conned the public into listing, delisting and relisting of Maxis for easy money from the public.

Ananda has done many things detrimental socially to the country. Not known to many, he had done things covertly dangerous to the country's security.

If there is any mistake in our other reasons, this "not the last reason" is the most important reason for our cost cutting measure to start with Astro. Right after posting this, we are calling Astro to end our services.

And, we are preaching others strongly to dump arrogant Astro. 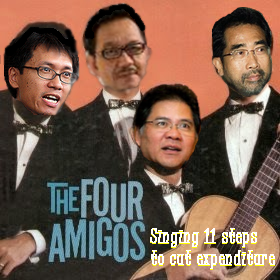 We are cutting services and household expenditure because we lost confidence with the ability of Dato Najib and his four "amigo" advisers of Dato Omar Ong, Dato Dr Jamaluddin Jarjis, Dato Idris Jala and Dato Alies Nor, which came up with the 11 steps without much consultation with others, to address a major runaway inflation in the making.

None of the five have sufficient background and credential in economic policy making.

The four amigoes are not aware or sensitive to the happenings on the ground. Some of the advisers are too busy wanting to always exploit their position to make money for themselves.

At least two that is widely known. One is suspected to have gotten the electricity tariff increase to enable his IPP qualify for IPO next year.

Another is overeager to be an American citizen and live in San Francisco. The heartless bloke thinks he plays the blues as though he endear himself with suffering of the down trodden but he himself has been the source of many of rakyat's blues. [Read The Unspinners here]

In the past, his failures are limited to Shell and MAS. This time his PR gimmicks and simplistic ideas have affected the rakyat and they will be singing the blues.

When too many are singing the blues, it is a bad sign. They say revolution needs an empty stomach. In Malaysia the land of plenty, one will not find hunger and famine. However, biting drastically into the people's pocket in one big swoop is bad enough.

Najib is too over dependent and trusting on reports and advise. The four amigos are too aloof or opportunists or both.  Dato Zahid Hamidi could be blind not to realise a lavish birthday bash over the week-end is something rakyat cannot tolerate anymore.

They are getting away because there are apologist willing to defend them blindly or for pittance. None realise a political crisis is looming. This time it it could be not just the changing of the guard.

There's a new tactic Astro is resorting to to force customers to switch to Beyond. Don't know if it's true but it has uncannily happened to me and my father's accounts last month.
We have the old black standard box which works fine. Last month I suddenly had no service. Wasn't raining so called Astro. Customer service girl took down complaint and asked me to reinsert card and jiggledthe white cord. Didn't work. She then said she noticed I had old black box and Asrro would replace it with free beyond box. I thought okay and agreed. Later I went on internet to check and found numerous similar complaints. Apparently it's a ploy to replace all old decoders with beyond ones and then later Atro will announce can only transmit in HD so all customers forced to buy.
So I refused. Two weeks later, my mum said her Astro also suddenly no service. I called Astro and SAME advice given. I told the customer service girl I wanted service restored ASAP and whaddya know, in 2 hours service normal and no more problems.
Have installed Unifi and soon giving up Astro.

on a sidenote, developers are also boycotting MAxis as a service provider because not only do they ask for developers to pay for their capex into the building, MAxis also "request" that developers pay for 2 years of subscription to their service. Where do u think all these "contributions" end up? higher prices..

Just terminated streamyx cos TM charged for 4mbps when the lise was only 1mbps !!!

Came to know about this when my streamyx line had problem and the contractor proved and showed the test it was only 1mbps.

Last year my aunt who subscribes to Astro had her old box replaced with a Beyond one plus broadband Internet and additional channels, all for something like around RN250 per month or more.

I advised here to cut the broadband Internet and the extra channels and just rely on fibre deliver of her basic set of channels.

For broadband, she now uses a Celcom PortaWiFi dongle which suffices for here Internet needs at RM68 per month.

I had discontinued my ASTRO ever since I subscribed to Unify more than 2 years ago. With the unlimited download, I could watch the latest tv series even not broadcasted by ASTRO after a day it is aired. All I need is a cheap media player that cost me for as little as RM60 to watch the movies or TV series of all formats, including bluray. Hypp TV also allows you to watch youtube on TV.

Throw away your Astro lah.

I have been without Astro for the last 3 years, and we are happy without it. If you continue to support a company that continues to shit on you time-and-time again, you must be dumbass.

Subscribe to broadband - not Maxis broadband. Go for Unifi.

I've stopped subscribing to Astro since 2005. No great loss. The free TV channels are more than enough for me. As you rightly said, if you wish to watch football.. better go to mamak stall.. it is more fun to watch with like minded fanatics.

Very true. Astro intimidate its customers to change their decoder. Why change when its still good? They keep forcing people. Why cant govt stop this. We use what decoder we want. We pay for the service. And it is not cheap. I paid rm136 a month. Stop this nonsense astro.

When astro contract to air premier league ends, those interested can bid for the live telecast. Astro telekom enter the bid. Astro bid the highest so that no other party can fight them. So the bid submitted by astro is the most stupid amount we will ever see. No one can match their bid. After they won, what did they do. They cheat their subscribers. They pass down the cost to us. And thats why we see an increase in subscription fee. What did our minister shaberryy chik and mcmc do? Nothing. Why. Cost astro jaga minister n mcmc exec chairman. If thats what astro has been doing, telekom can also bid the highest and pass down the cost to consumers. Please do your work la minister. U are suppose to protect the rakyat. Bukan jaga astro. To astro, i have this to say to u. Fuck you

astro and Maxis as well....

they are no better than air asia