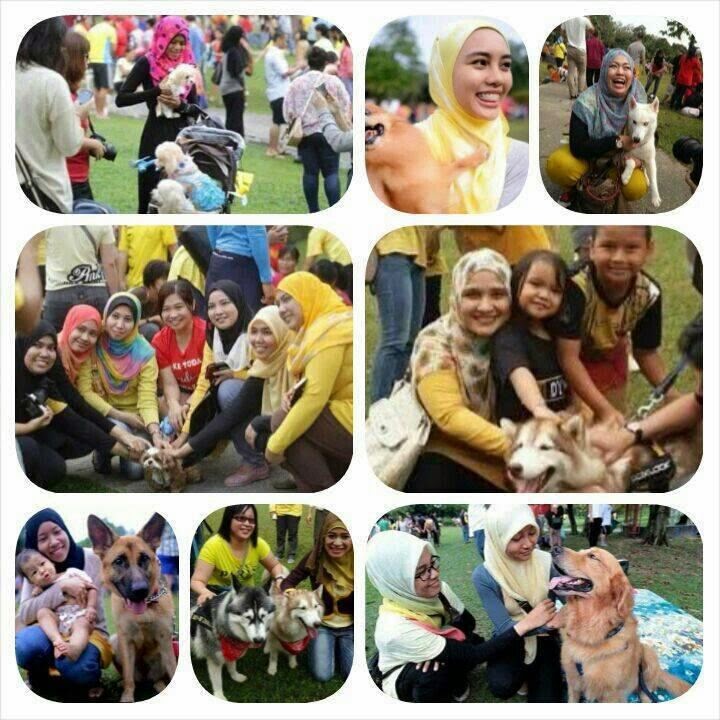 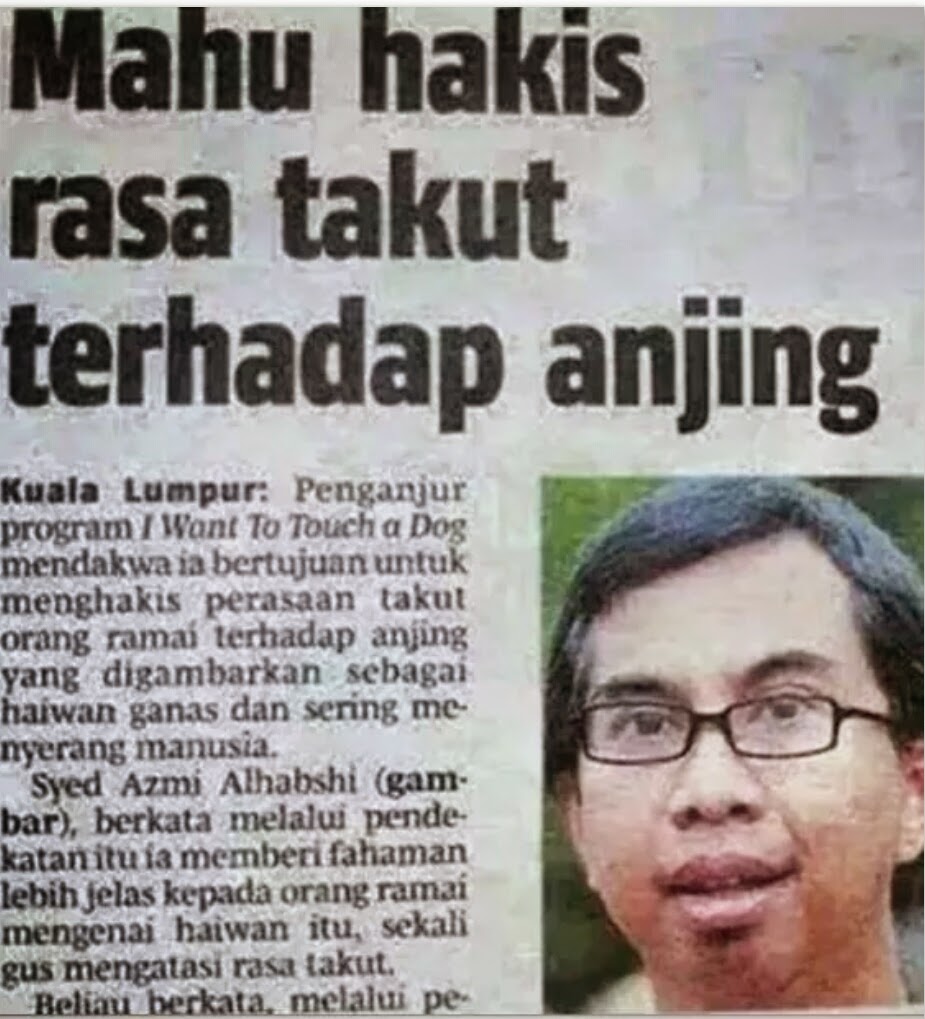 Let's give this pharmacist from Muar, Johor and living in Taman Tun Dr Ismail a break.

It is beyond us to question his faith or get taken in by wild speculation of him as organiser or the ustaz that attended the "I want to touch a dog" event as part of an evangelical Christian insidious attempt to adulterate the Muslim faith.

However, there is justification on the part of MAIS, Selangor Mufti and other clerics to feel the event - which was meant to rid of a common fear among Muslims towards dogs but got out of hand to encourage touching and cuddling - had insulted Islam.

The Ustaz himself admitted that it got out of hand when the event ended up up encouraging Muslims to touch and cuddle dogs.

According to Mazhab Shafie, dogs are considered haram and dirty. It is catagorised as najis mughallazah.

It is haram to intentional touch certain category of najis without reason. And, intentional touching and cuddling of dogs, without any purpose like as watch dog or hunting dog is also haram.

Having them as pets is a no no in the Shafie tradition practised by the majority of Muslims in Malaysia.

However, the Wahabi leaning Dr Maza showed his ego, arrogance and bad manners to lambast the opinion of other ulamaks of authority. Didn't all the other ulamaks said the same as him that Islam does not discourage but encourage Muslims to be kind to animals? 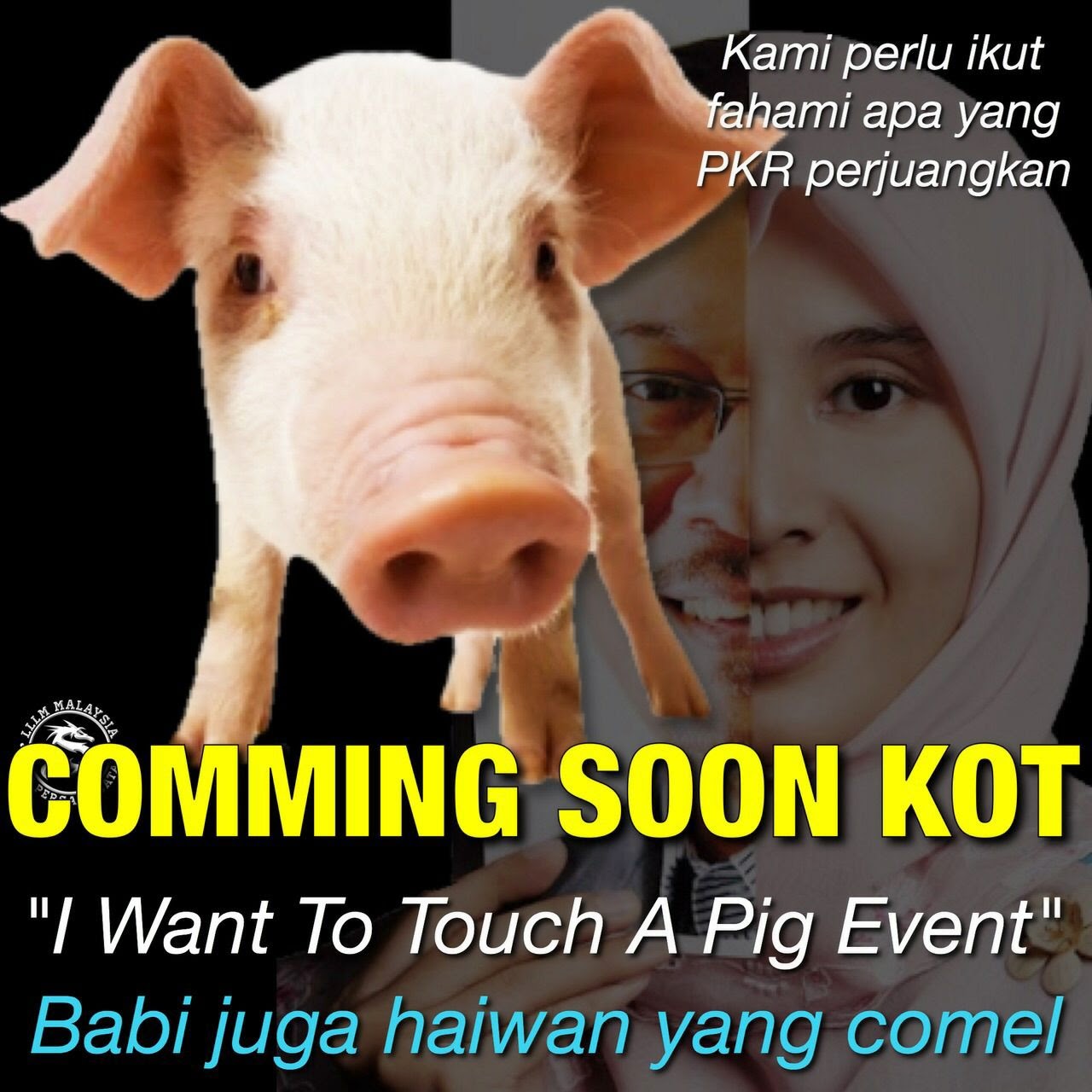 Nevertheless, although the organisers could be sincere and pure in their intention, the event turned out to be rather disrespectful towards Islam.

It is not for non-Muslim to interpret but only to respect the Muslims practises and rituals.

The event encouraged Muslims to breach them. Non-Muslims encroached into the Muslim space with their negative criticism of certain Muslims reaction..

The innocent intention of the organiser could be misconstrued as another attempt to push the limit by the wayward Islam liberal group. Today dogs, will it be pigs tomorrow?

There was support of liberal and opposition medias together with known liberal Muslims.  Nurul Izzah encouragement and Zaid Ibrahim defense of the event is an affirmation for mainstream Muslims.

Read this article by MyKMU here to understand the mainstream Muslim viewpoint. 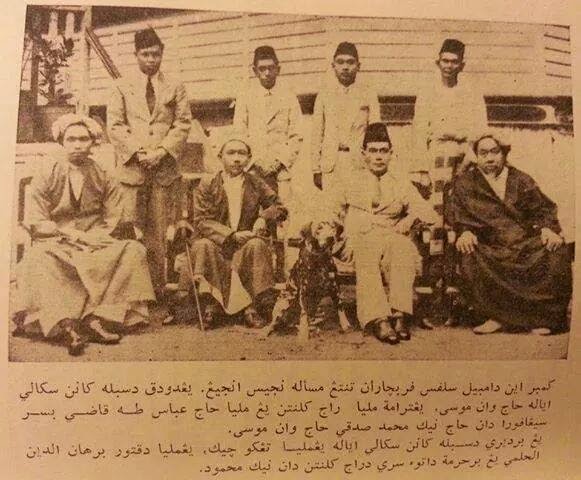 Actually the polemic on touching dogs had been around since 1937 and it should not be made a bigger issue than what it is. [Read The Flying Kick here and Jahabar Saddiq here.]

Anwar Ibrahim is right to say that there are bigger issues than just touching dogs. [Read MI here]

However, the question remain as to why the need and how important is it that an event has to be dedicated to make Muslims comfortable with dog?

Simple religious campaign to be kind to animals, including dogs would have been more politically correct. There is a National Geography channel program on dogs. It gives some understanding on pet dogs behaviour.

He was refering to Dato Hishamuddin Hussein Onn brother's security labeling business which was politicised by politicians. Unless there was an abuse of power by Hishamuddin, give his brother a brak. He needs to make a living too. 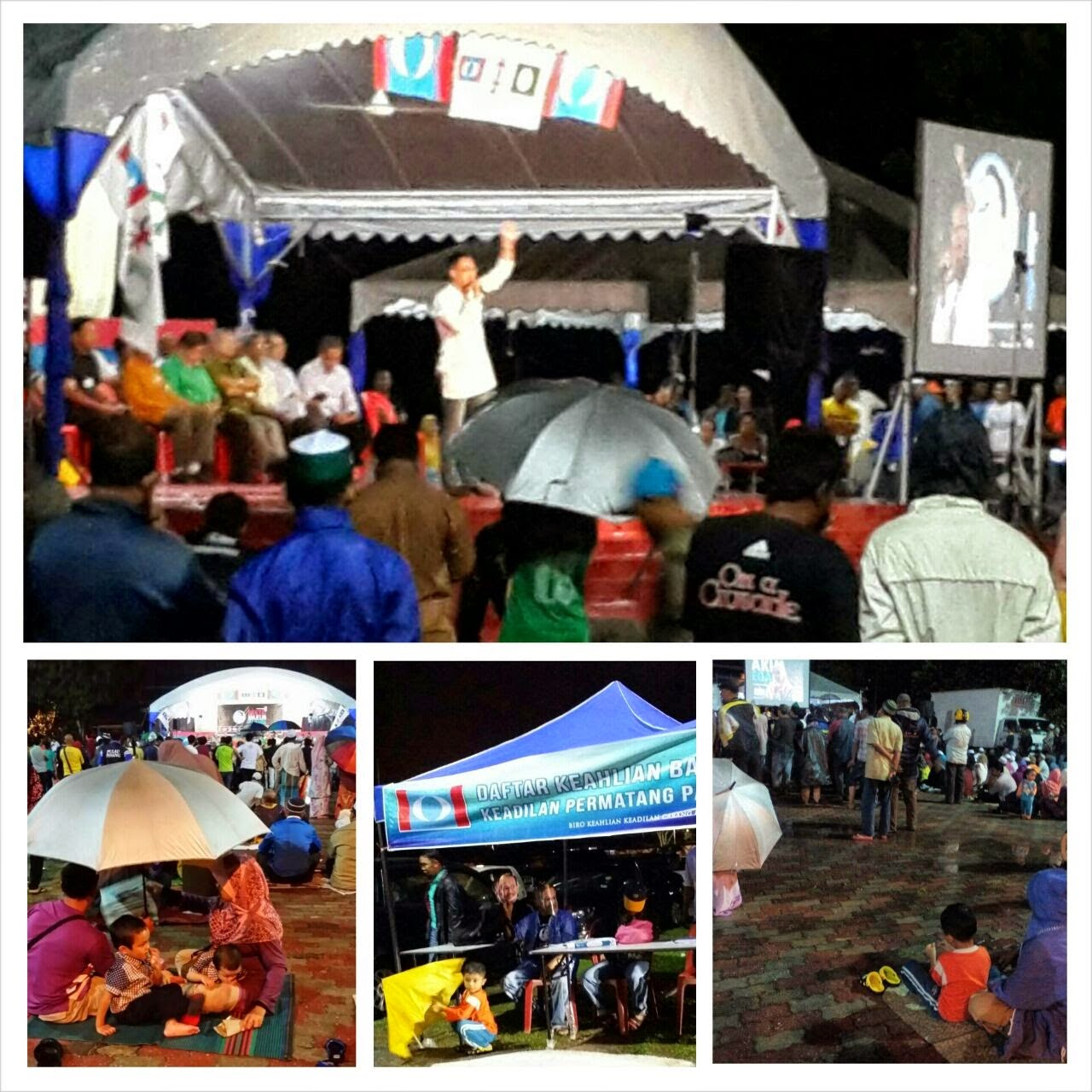 Anwar's ceramah at Seberang Jaya may have been affected by the dog touching event. His roadshow had not been attracting the crowd and it was an embarassment that only 500 turned up to hear him in his hometown.

In Johor Baru, only 50 attended.

Before the touch the dog event, Anwar realised that without PAS support, he could not attract the crowd as much as he got in 1998. One PKR sponsored NGO, LENSA asked him to accept the inevitable and retire.

Anwar tried to make his campaign to be in line with other campaign against Sedition Act, rising prices, GST, fuel rationalisation, PTPTN, etc. to give legitimacy.

But touch the dog spoiled his plan.

It only explains his disappointment last night with Muslim reaction to the touch the dog.

Today, many are of the view that the expose on Dyana-Zairil and Ustaz Azhar Idrus is a desperate attempt by Anwar to ignite anger against UMNO and attract DAP and PAS members to come to Putrajaya on Tuesday and Wednesday.

Heard was Zairil's wife found the picture in his laptop and uploaded it on his FB. Thus it explains why the pictures could be removed in a jiffy. So Zairil's lost handphone excuse does not make sense.

It is believed that Lim Guan Eng was given the images. 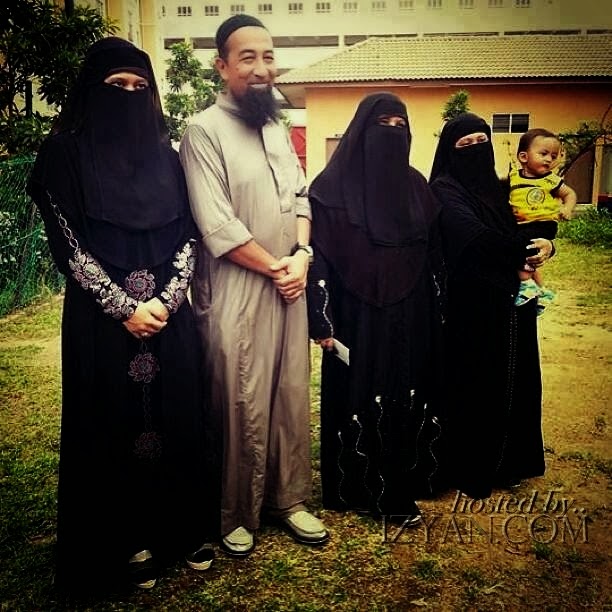 As far as Ustaz Azhar, it is his private matter with his wife. Lets not even bother as to whether it is true or why would there be a camera to video their intimate moment.

The interesting part is many yellow coloured T-shirts was noticeably present during the touch the dog event.

Could that mean Bersih together with the big and powerful animal activist may have made the event bigger than expected and got Syed Azmi surprised?

It is remote but possible. Bersih had became wary with Anwar due to his lies, inconsistency and hypocrasy. They may have sabotaged Anwar.
at 10/23/2014 03:31:00 PM

The Quran totally contradicts what the Mazhab decreed based on hadith.

There is no indication dogs are najis as it is permissible to eat what the catches for you.

5:4 They ask you, [O Muhammad], what has been made lawful for them. Say, "Lawful for you are [all] good foods and [game caught by] what you have trained of hunting animals which you train as Allah has taught you. So eat of what they catch for you, and mention the name of Allah upon it, and fear Allah." Indeed, Allah is swift in account.

Does the angels shy away from dogs? As that famous hadith saying Jibrail refused to enter Muhammad house coz there was a dog? ( btw, does this mean Muhammad had a dog? Since Allah say he can eat what the dog catches for him? - ayat above )

Check out this verse
18:18 And you would think them awake, while they were asleep. And We turned them to the right and to the left, while their dog stretched his forelegs at the entrance. If you had looked at them, you would have turned from them in flight and been filled by them with terror.

Read carefully "...We turned them to the right and to the left ..." Who actually turned them? The angels were there the whole time to ensure they get enough sunlight, and their blood flows accordingly. All the while with the presence of the dog.

See how twisted the hadith was. It is of course fabricated by Abu Hurairah, a name given by the Prophet as he loves cat very much. A biased person I would say.

Less than 2 years with the Prophet, he collected 5000+ hadith. Now make some calculations. 7 hadith per day. Less hours of sleep, eating, etc etc, can safely say 1 hadith per hour. A bit far fetch.
But as we all know, Allah forbid the prophet to invent any sayings on Allah's name. 69:44-47

And there are hadith that ironically mentioned that the prophet forbid the sahabat from recording his sayings, which Umar and Abu Bakar abide, and that is why we don't hear their riwayat.

The point is, it has created prejudice against Allah's makhluk that has done many good deeds.
Prejudice as we can recall, has lead a man, with his ketayap and jubah, shot a blind dog with an arrow.

It has come to that. Very sad. The rest of the human population in billions has no issues with dogs.

This guy contradicts himself. If billions of people does not believe in oneness of God, then it will be correct? Billions of people use to believe tht the world is flat an the sun revolve round the earth.

Salam everyone, I would like to express my view on the case of touching dogs ni lah. Espcially those yang quoted it is permissible to eat what a dog catch for us.
To me what makes it eatable is the sembelihan. No matter siapa tangkap but the make one that make it halal is sembelihan.
Dari bg

if the people did not challenge that the world is flat, sun revolve around the earth, we would be forever katak bawah tempurung, and forever cannot land of the moon.
if the people did not challenge the belief dog is haram, najis, we would be forever hate dogs, despise dog and obviously we can always use cat to track down drugs and help blind man across the street.
btw. next time somebody goes hunting pls bring a cat to get the catch.