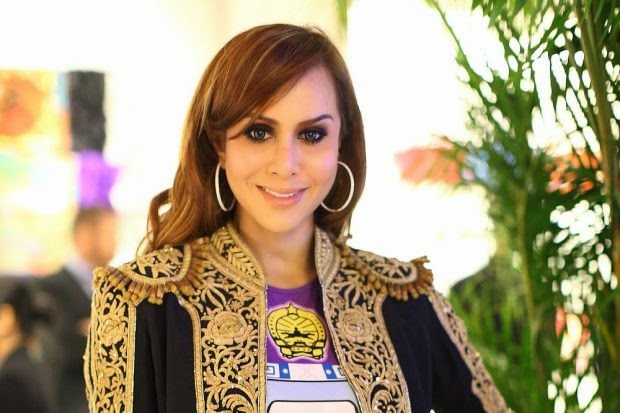 PKR MP for Ampang, Zuraidah seized on the opportunity and had Latheefa Koya provide legal help. They sued Zahida for defamation and used the opportunity to expose Shafie as corrupt and immoral.

Shafie even had to threaten a lawsuit [read here] but the slander kept on in court as Zahida could not strike out the suit [read The Star here].

For some time, the opposition media had a field day reporting the judge telling the police to not disrupt the ongoing defamation case [read MChronicle here]. That was till yesterday's report, which we picked up from FMT:

The single father of two is also suing the actress for accusing him of misappropriating her money.

Noor Azman Azmi, 40, now a taxi driver, allegedly misappropriated the money belonging to his employer Zahida Rafik, 40, who had entrusted him to deposit it into her bank account.

The single father of two, who was arrested today, is accused of committing the offence at Lot 186 Lorong Kempas 2, Kampung Melayu Ampang at 11.30am on Feb 29, 2012.

Counsel Eric Paulsen told the court that Noor Azman also had an ongoing civil case in the High Court, in which he was suing Zahida for accusing him of misappropriating her money.

This must be the break the 41 year old actress and model hoped for all this years. Perhaps, the same for Shafie too.

There is still issues on how a one-film actress and a model known to be associated with botox or plastic could amass a RM4 million home and unknown businesses with cash inflow. But, let that be  her trade secret to success.

This development gave her the chance to cleanse her smeared name and Shafie. Only one more issue needs answering.

She was engaged to a single businessman of same age with her and they are supposed to be married in a year time [read a gossip blog Beautiful Nara here.]  It was around the time she was sued last year [read here.]

So when is the big day?

Wouldn't it be great to have a man to give support in the heat of the lawsuit and maybe provide financial assistance for another Shafee's expensive legal fee?

Hopefully Zahida will not consider delaying the date in the manner Anwar postphoned the court more than 60 times. Age is catching up and it only arouse more suspicion on Shafie.
at 10/24/2014 09:24:00 AM

I lodged a police report in 2011 against someone allegedly used my identity to apply for a bank loan. Until now, the police has not started/concluded any investigation although i have lodged 2 police reports in Dang Wangi. I guess i'm an ordinary citizen thus there is lack of interest from the police. Perhaps i should bring my case to MP Zuraida.

excuse me...what is there to be suspiscous..its for you to choose to believe or not..most rakyat sudah tahu and be bothered

"Wouldn't it be great to have a man to give support in the heat of the lawsuit and maybe provide financial assistance for another Shafee's expensive legal fee?

Hopefully Zahida will not consider delaying the date in the manner Anwar postphoned the court more than 60 times. Age is catching up and it only arouse more suspicion on Shafie"

Ha ha ha... very cunning of you! knowing the truth, you purposedly posed this question... which is, in everybody thoughts!