Hadi dare Mat Sabu to take him on? 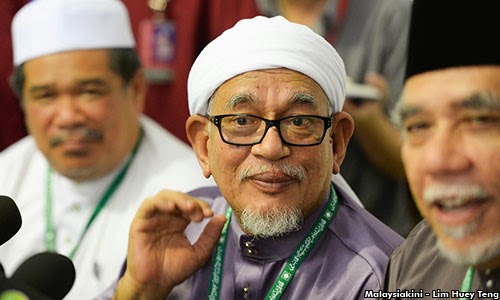 That announcement frustrated the PASMA faction. MyKMU writer Mc T [read in FMT here] believed PASMA wanted Dato Hadi Awang to be Mursyidul Am thus paving the way for an easy passage for Mat Sabu to fill up the vacancy.

That could be a typical politically correct statement by any politician, but the manner Hadi said "...we will see what will happen" could be sending a loud message.

With Haron Din as Mursyidul Am and Tuan Ibrahim Tuan Man running for number two, it could mean Hadi challenging Mat Sabu to take him and run for President.

Tuan Ibrahim announced his interest upon attempt by PAS Kota Baru to tempt him with a nomination for President. At this stage, there is usually lots of testing of water but this time around cards seemed to be laid out early in the game.

Already PAS Terengganu criticised PAS Kota Baru water testing as attempt to invoke a provocation. They may have misread Tuan Ibrahim critic of UMNO for dreaming of a unity Government at the recent Multaqa.

The Multaqa at the end of February saw an all out attack by the Ulamak faction on attempts to topple Hadi. It was a response to aggresive nationwide attack by PASMA and DAP towards Hadi. It is an open secret that PASMA pledged loyalty to DAP and Pakatan Rakyat in an official visit to Lim Guan Eng's office in mid-January.

A video had gone viral of Mat Sabu instructing PASMA or used to be refered as Anwarinas activist to go on a direct person to person engagement to break the strong traditional Ulamak support at grassroot level.

That brought calls for Mat Sabu to be disciplined. However, it will not be easy as the Anwarinas that controlled Central Commitee may resist. Talk is the Anwarinas have placed someone from their faction to be Chairman of discipline committee and Charman of committee to administer the PAS party election process.

However, the important position of Secretary General as in Dato Mustapha Ali is still held by the Ulamak faction. It is heard that Mat Sabu had to meet Mustapha privately in London to resolve his problem. 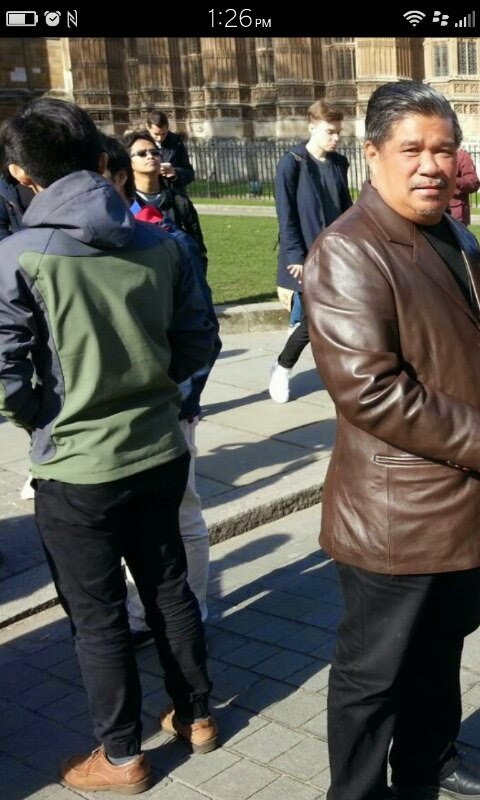 Since the objective of PASMA is clearly to remove Hadi and promote Mat Sabu as PAS President, will Mat Sabu commit to do so?

Mat Sabu is a fighter and in his second attempt at Deputy President, the Dato Husam Musa team tried to persuade Mat Sabu to withdraw and not split the vote. His reply was said to be, "I rather die on the battlefield then withdraw."

He lost the first time to Dr Nasharuddin Mat Isa but end up winner in his second attempt with Tuan Ibrahim's help to split Nasharuddin's Hadi coat-tailed votes.

Mat Sabu defended the Deputy President post in the last Muktamar but with the line between the Ulamak and Anwarinas clearly drawn, Tuan Ibrahim has PAS tradition for "kepimpinan ulamak" blowing in his favour.

So, will Mat Sabu move up and choose to die on a higher battleground?

The PASMA's control in PAS is at the Central Committee level. They control Muslimah and part of Youth but it is only party wings serving operational role.

It is their control at the Divisional Committee level that will come in handy at party election and in taming the ulamak leaning grassroot. It is said that 60-70% of Divisions are controlling by the Erdogans, another name the PASMA and Anwarinas is called by.

They have influence and not to mention, opportunity to fix the next Divisional Committe line up and determine the delegates to vote the party leadershp at the Muktamar.

As one PAS activist told us, the process has similarity to past UMNO party election style and at the early stage, there is lots of testing of the water and manouvring going on. Although there are claims that PAS has emulated UMNO's money politics, it is not widespread.

The rather corruption practise will be when each candidate seek member's prayers (or doa) and everyone seemed obliged to pray for each other's success but in those words of support lies the coded words. It is corrupt as in playing around with religion and prayers.

One will expect incumbents like PASMA-linked Dato Husam Musa, and neither here nor there Salahuddin Ayub to defend their position. Hello! Hello! Hello! past VP Dato Mahfuz Omar is expected to try again.

The Ulamak faction seemed short of brand named leaders for Vice President and Central Committee positions but in a party election, the public acknowledgement is not relevant.

Nik Aziz's son, Nik Abduh is still a long shot for Vice President post and will need to spend more time at the Central Committee level. Positions in PAS are not inherited down as in UMNO. Off springs of past leaders still need to prove their mantle.

Many publicly unknown names will surface from the Ulamak faction to run for Central Committee and one will expect some gimmicks to gain attention.

Whatever that politicians do to gain votes, the interest now will be on whether Mat Sabu still has the guts that won him the Deputy Presidency to run against the President. He will be breaking the traditional Ulamak leadership at a time the Ulamak faction have sharpened their claws.

Look to the 18th when the Kelantan State Assembly convene to discuss hudud and an end of the month international forum in Rusila for hints of what is to come [read about in Joceline Tan's here and here].

I hope to God that Mat Sabu will lose his post as No.2, Tuan Ibrahim wins it, even if Sabu contests the President's post, Hadi wins and remains as President.

With Harun Din as Murshidur 'Am, Hadi, as President and Tuan Harun as Deputy, they will make a good combo, PAS will regain respect. PAS is already endlessly bullied by DAP over the Hudud issue.

I cannot stand the Anwarista Mat Sabu fellow, appearing as a cartoon saying communist terrorist Mat Indera who killed Policemen and burnt the Police Station at Bukit Kepong, Muar during the communist insurgency, as a hero. And other stupid statements.

There is time for 1mdb, time will come.

Right now, why bother when everyone is already talking about it?

1mdb is not explaining but everyone is already making allegations. Sickening ....

With Harun Din and Hadi remaining in power, the party will rot on earth as well as in heaven.

I think Hadi is feeling comfortable with the kind of support he has in the party now. At the last Muktamar, the delegates resolved that he be the party's candidate for the PMship. Much to the chagrin of Anwarul Al Juburi (pangkat Mat Sabu yang beri) who craves it like no other. And a bit slapping DAP which announced they wanted Anwar to be PM if PR gets to Putrajaya.

Of course it depends a lot on the delegates to the Muktamar. And the kind of candidates chosen. I'm not sure if it's like UMNO. But sure the Ulama group will be working very hard between now and June.

Next question is: are the Anwaristas - leaders and supporters - demoralized and lacking in spirit now that Anwar is behind bars. My hopeful thinking is yes.

Anwarista leaders and their supporters may be thinking like the usual Pakatan blokes (note that the Oxford dictionary's definition of that word includes a ship captain) i.e that it is possible to get Anwar released before due time.

The petition to the White House by stupid (note that the High Court recently ruled that the word stupid is not defamatory) former US Ambassador John Mallot, and the like.

But naaaah, it's ridiculous. Indonesia couldn't care less to the demand not to firing squad the Australian drug mules, made by no less than the Australian PM. Would anybody seriously think President Obama would do much more than say a few words of censure?

Hadi knows that. PAS mainstream knows that. It's not likely. They'd wish so. Because they want Hadi to be PM, not Anwar Al Juburi. Only the conferor of the title Al Juburi would want that. Poor Mat Sabu.

PS: Why am I being so apologetic, I wonder. Explaining on the ok-ness of using the words bloke and stupid. Yet the Red Beans are full of 4 and 7 letter words. 7 letter word? Puxim.. etc.

Excuse the light-heartedness a bit, A Voice. It's the weekend, lah.

How you know the party will rot on earth and in heaven?