No police report by PASMA on allegation of accepting DAP money 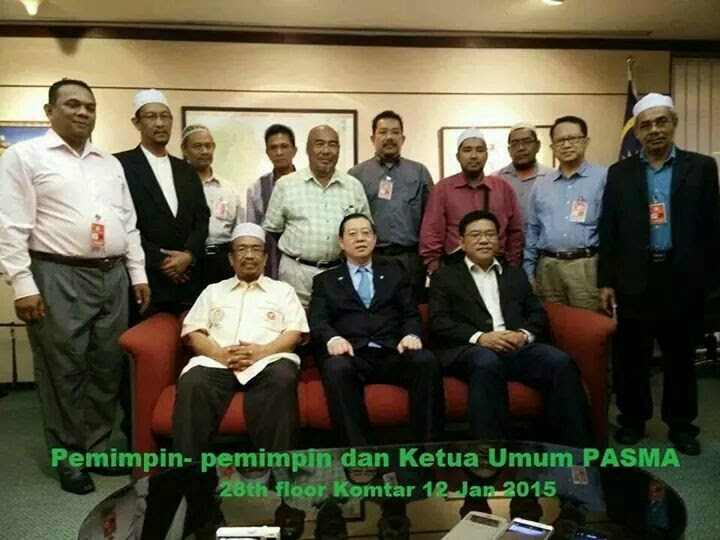 Several months ago, we met a cousin of former Kedah exco and MB aspirant of PAS, Dato Phahrolrazi Zawawi. He had just launched a "political" NGO to revive his political career called PASMA. His cousin's reply was simply, "He is stupid!"

Phahrolrazi could have make it as Kedah MB. He was impatient and stupid. Late Ustaz Azizan was already ill. He was already next in line. Why must he pick a fight with arwah?

He went on further to say the PASMA NGO he initiated to revive his ended political career is backing the Anwarinas to seize power from the ulamak. With much anger, he said what is the point of having assuming power by foresaking your causeand struggle?

If he had known that Phahrolrazi paid a courtesy call on Lim Guan Eng at the height of the Kelantan flood disaster, the cousin would really flipped and maybe disowned him (if there is such a thing between cousins).

Phahrolrazi's cousin was a former local PAS youth leader whose late father was seldom referred to by PAS elders for opinion.

The meeting was held on January 12th 2015 and at the Penang Chief Minister's office. It was attended by 15 PASMA Committee Members including political writer Mohd Sayuthi Omar. While, Lim Guan Eng brought together 9 other Penang based DAP leaders.

The matters discussed got leaked out. It was revealed that Phahrolrazi gave commitment to Lim Guan Eng to support DAP and pledge loyalty to Pakatan Rakyat. Guan Eng was assured with PASMA's plan to topple PAS President Dato Haji Hadi Awang and replaced with Mat Sabu.

Although Mat Sabu's name has yet to be nominated and only Dato Husam Musa nominated for President, his name is much awaited.

There was a bit of horse trading as Guan Eng gave commitment to PASMA's request to appoint their members on JKK posts in Penang in return to help DAP's campaign in Sarawak. Guan Eng also requested PASMA to focus on Malay voters in the Felda areas of Johor.

And who say DAP does not play racial politics?

Guan Eng offered to finance PAS campaign assistance in Sarawak and pledged to give RM500,000 every quarterly to PASMA to help their PAS Presidential campaign. [Read in The Unspinners here]

When the story got leaked, Guan Eng immediately denied any DAP-PASMA effort to oust Hadi [read FMT here]. He called it a fake [read MI here] and claimed the meeting was to strengthen Pakatan Rakyat [read MMO here]. 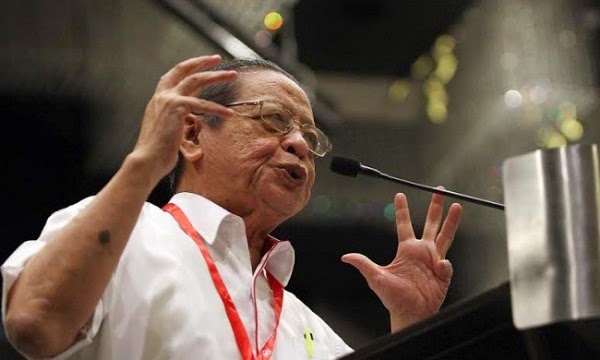 With the open criticism at Hadi in the matter of hudud at the last DAP convention and same stance was supported by now sex offense convict Dato Seri Anwar Ibrahim and PKR, strengthening Pakatan only means changing of the guard in PAS.

Kelantan state assembly is due to convene with hudud high up on the agenda this Wednesday.

All through the last more than 30 years since hudud law was passed but not enacted in kelantan, UMNO's position was to oppose PAS hudud. Now that PAS is willing to set-up a joint technical committee with federal government, UMNO is not blocking hudud.

In a strange turn of history, it is PAS i.e. the liberal PAS that is now opposing hudud at the beck and call of their paymaster DAP.

One can expect the evangelist laden DAP to apply pressure on UMNO through MCA, Gerakan and maybe Sarawak parties. PASMA churning story that hudud is the turning point to enable a unity government between UMNO and PAS.

UMNO's position is that they are merely collaborating to help solve the flood aftermath. That is the same stand UMNO tookd to not stand for the vacant late Nik Aziz's Cempaka seat.

The PASMA members also denied the meeting was to oust Hadi but the denial was on the meeting. The plan to oust Hadi rear it's ugly head at their nationwide tour which include at Hadi's home turf in Terengganu, to call for his removal.

PASMA had repeated the claim that Hadi and the ulamak faction is pursuing unity government with UMNO.

This was denied by Tuan Ibrahim at the Multaqa recently. To strengthen his denial, Tuan Ibrahim made attacks on UMNO which led to believe that he is unpredictable. He has accepted nomination for number two.

In addition, the PASMa faction claim that wala' (or loyalty) to the ulamak is not relevent when the Ulamak pledge allegiance to UMNO or enemy party. The ulamak could argue that the PASMA and Anwarinas are only loyal to sex convict Anwar and PASMA had pledged loyalty to DAP.

Till today, PASMA had not denied the claimed RM500,000 pledge by DAP. On March 1st, 2015, Phahrolrazi was reported by Malaysia Insider as reluctant to make police report on the allegation. He said they need to consult with their legal adviser.

Maybe it is an excuse because should a police report made, police could investigate PASMA and ROS could freeze their bank accounts. Till today March 16 and that is more than two weeks already, PASMA still have not made any police report.

PAS ulamak responded to the nationwide tour by PASMA with a declaration of "war" against PASMA and Anwarinas [read MI here]. The attack against PASMA was most prominent at the Multaqa and expect the same at an international ulama meet in Rusila at the end of this month.

There was even suggestion that the Anwarinas and PASMA leave PAS and form their own political party [read MI here].

Leaders aligned to Anwarinas and PASMA like Dr Hatta Ramli, Hanipa Maidin, Khalid Samad and Dr Dzulkifli Ahmad was reported being at the receiving end of violent ulamak supporters. However, there is suspicion that it was orchestrated to gain sympathy and make the ulamak supporter look bad.

Be it Mat Sabu or Husam as the choice of candidate for the Presidency, their expected campaign will be to smear the ulamak faction as extremist in the sync with the current mood against ISIS.

They will try to wash their hands from their past bloodied political sins. But weren't they the one that defended the ulamak and repeated the same call of UMNO kafir in the same manner Hadi and the late Nik Aziz called UMNO kafir?

Politics is filled with such hypocrasy and all these politicians failed to understand the indication from the failed Reformasi II and poor turnout at Anwar's final tour before imprisonment.

Public is now in a state of fatigue from excessive politicking for the last more than 10 years. In a certain part of the country, public and politicians are demanding that issues should be dealt and resolve free from politics. 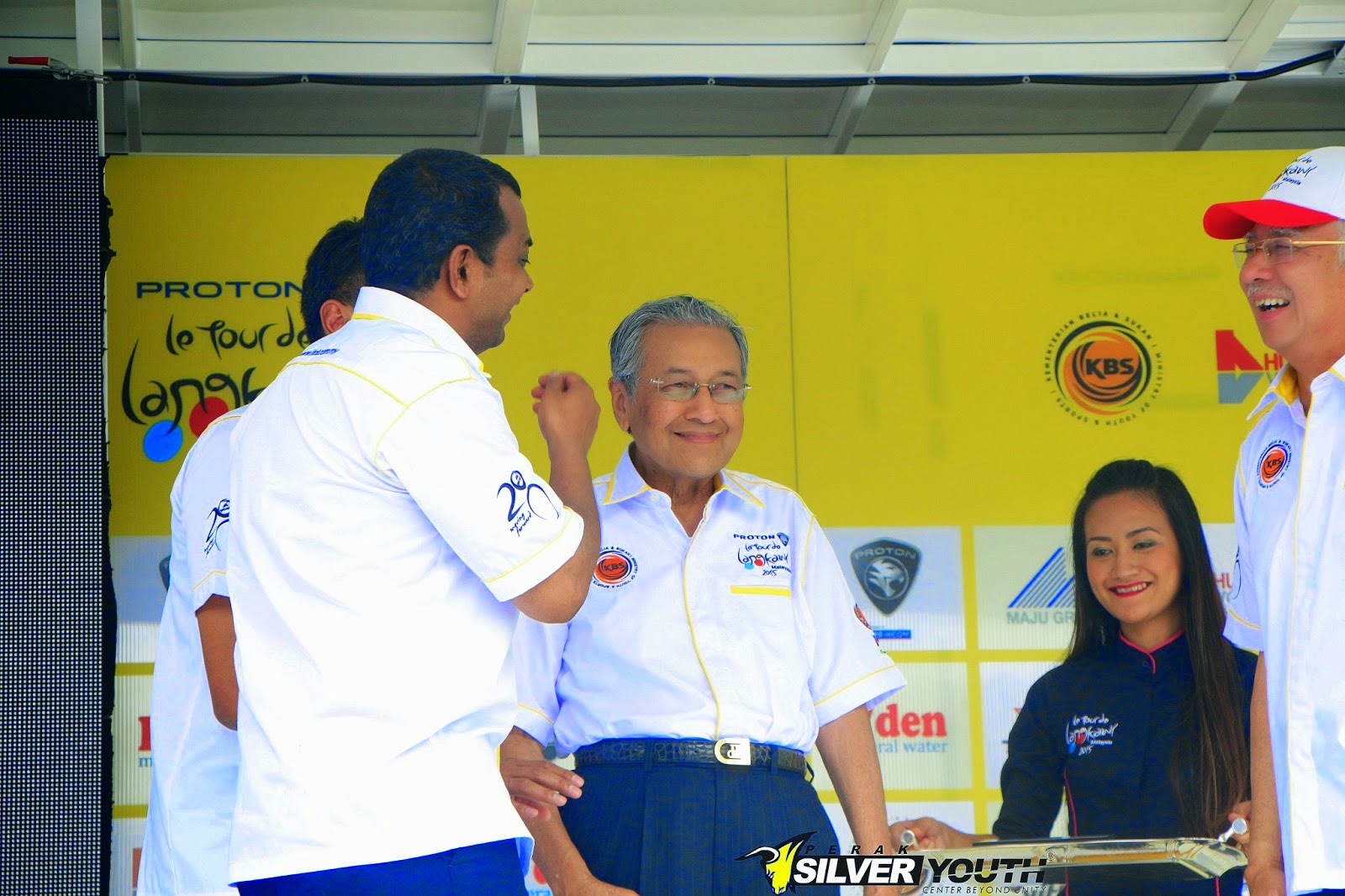 Politics can be full of unexpectation with enemies end up sleeping together. Ulamak group that hated UMNO all these years seemed friendly with UMNO.

Supposed and it is the most probable senario that the ulamak do not form a unity government with UMNO but just stick to a common understanding, do not be surpise that these mother duck PASMA end up negotiating with UMNO.

If they lose to the ulamak and join up with DAP, it is will be a matter of time they will be treated badly by DAP and get into a quarrel. By then it will be too late for them to realise that PKR is not an option and it is awaiting to break apart with only the ladies and babies in Anwar's household left.

Politics is full of the unexpected.

All in good times :)

Meant for a troll that don't see to know the topic of this posting.

We write what we like and not at your demands. There areinteresting devt everyone else is missing.

Go ssk tony pua and rafizi if you are desperate for your fix. Join dap and pkr shd you are too desperate.

"He was impatient and stupid."

I know another one like that. He is now in Sg Buluh Prison.

"Guan Eng offered to finance PAS campaign assistance in Sarawak and pledged to give RM500,000 every quarterly to PASMA to help their PAS Presidential campaign."

Waaaah, where all the big money come from? Not saying corruption but Tokong Lim sold 100+ acres of prime State land at Bayan Mutiara for RM1.07 billion and people say the commission alone would be to the tune of RM20-30 million. And develeopers are always in the habit of paying commissions for land purchases.

Nasty, nasty and damn naughty. Not denying the RM500,000 funding for PASMA campaign.

If PASMA corrupt, everybody corrupt. Perak DAP Nga Ngeh were accused of getting land in Kelantan from Nik Aziz allegedly for supporting PAS Muhammad Nizar to be MB sakejap in 2008. This was eve discussed in DUN Perak in recent times.