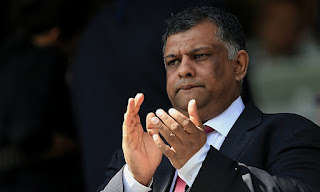 Air Asia is in a foul mood these days. They seemed to be suing every other person.

On July 31 last month, it was reported that Air Asia sued airport operator, Malaysia Airport Berhad for RM409 million for losses allegedly arising from KLIA2 and the earlier LCCT.

The issues seemed to be repeated one since the days they were endlessly complaining on the KLIA2 like "ponding" on the runway, bumpy taxiway, and "sinking" parking bays [read TMI here]. No news was found on MAHB's reply and the media seemed to be an accomplice to one sided reporting. They had replied and explained in their website here.

It's conforting to know Malaysia Airport will be going aggressive on Airlines not paying their dues [read here]. Presumably legal action is a necessary option.

Other than Malaysia Airport, they sued Wee Choo Keong and others too in March [read FMT here]. Heard to be a blogger too.

Since they are on that mode, they should sue UK's Daily Mail for a damaging report on Airasia's safety record but praised twice crashed Malaysia Airlines. Does it mean things have not turned for the better since the crash at end of 2014? 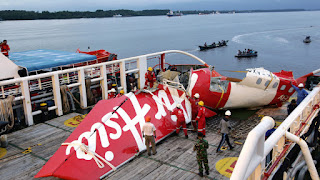 A list of the most dangerous airlines in the world has been released and while AirAsia Indonesia is included, Malaysia Airlines is not.

The Malaysian carrier scored five out of a possible seven stars for its safety record, as opposed to five airlines which just manage one star.

Three AirAsia subsidiaries - in Indonesia, Malaysia and the Philippines - were included on the list, scoring just two, three and three stars respectively.

Indonesia's AirAsia Flight QZ8501 crashed into the Java Sea on December 28, killing all 162 people on board.

Nepal Airlines and Tara Air both came bottom in a report by Australian review site AirlineRatings.com, earning just one star for safety.

The two companies were featured alongside Afghan airline Kam Air, SCAT Airlines in Kazakhstan and Lion Air in Indonesia.

The site reveals that out of the 449 airlines studied, all five airlines received one star or less in the website’s seven-star safety ranking.

THE AIRLINES GIVEN JUST TWO OR THREE STARS OUT OF SEVEN FOR SAFETY:

There were 149 airlines which achieved seven-stars while 58 scored six stars and almost 41 had just three stars or less.

All five of the most dangerous airlines listed are banned in the European Union Member States and ‘strongly advised against’ in the United States.

For all its problems with two tragic flights in 2014, Malaysia Airlines earned five out of seven stars.


That plane is still missing without a trace. The flight is believed to have crashed in the Indian Ocean. In July 2014, MH17 was hit by a missile as they it was flying over the Ukraine during its battle with Russia. It killed 298 people on-board.

This development on Airasia's trigger happy legal eagle should be taken in the light of the falling share prices arising from a negative report in  June for alleged "accounting gimmick" [read here].

Air Asia X continue to widen [read The Star here] and fictitous payments made between 2010 to 2014 spotted [read Sun here].

Air Asia had to do a debt restructuring [read MR here].

Air Asia likes to blame everyone else but itself. It also suffers from "chronic victimitis", a disease which causes Air Asia to always roll on the ground crying foul play as if the entire universe is conspiring against it. I'd stopped travelling with Air Asia five years ago and never recommend the airline to anyone I know.

We must not be reading from the same page, bro.

The safety scores of some of the Asian airlines (low-cost and full-service) are as follows:

You picked on AirAsia. Why? And it has a score of 4/7 for it's Malaysian unit.

Why didn't you highlight that AirAsia X has a safety score of 6/7?

Or that Lion Air (remember the hoo-hah when it set up operations in Malaysia) has the lowest possible score of 1/7.

And why has MAS only managed to score 5/7 when Philippine Airlines has a score of 6/7 and SIA 7/7?

Of course, it wouldn't do to compare MAS with SIA, would it?

Note that Garuda and AirAsia Indonesia are NOT in the list of airlines banned from the EU (European Union).

Do you suppose that the "on-the-ball" EU aviation regulators slipped up on this?

Let me also highlight the Skytrax World Airline Awards 2015 and the list of the top 100 airlines.

It seems to me that AirAsia is holding it's own with regard to the competition.

As for the legal disputes between AirAsia & Malaysia Airports, let that be decided in the courts.

The problem is that we want to fly at budget prices and expect Executive Jet Service. In this cut-throat industry you are only as good as your last flight. So Budget Airlines do not listen to all these 'nay Sayers'. Make sure that your next flight is safer and better than your last flight.