JDT and the Red Warriors 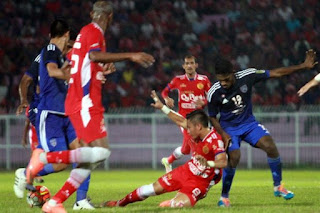 The Johoreans and Kelantanis are two distinct Malays. One in the south and more closer to Indonesians and influenced by foreign traders to the state. And one in the north more closer to Thai.

Johoreans are more urban, while Kelantanis are more rural. They have two significantly different dialects. Different attitude, psyche, and way of life. Naturally, both eat different dishes to go with their rice.

Over time, migration and assimilation made the two polar of Malays learn to appreciate and accept each other.

In the past, they were rivals in Universities.

The Kelantanis were only starting out to venture out to big cities and naturally, they are more comfortable to be among themselves and to speak in their "German" accent. They ended up forming clique among themselves.

It did not go well with the rest of Malays and they form non-Kelantanis cliques with Johoreans tend to be ring leaders. The strain is made worse when Kelantanis young men became possessive to insist their women not date any Johoreans but they court Johorean women.

That is a thing of the past. Such incident are far and between.

Kelantanis can be found everywhere in Johor and Johoreans prejudice against Kelantanis are slowly dissappering. As far as our family, it does not exist as two in-laws are Kelantanis.

A recent event seemed to reflect that change. 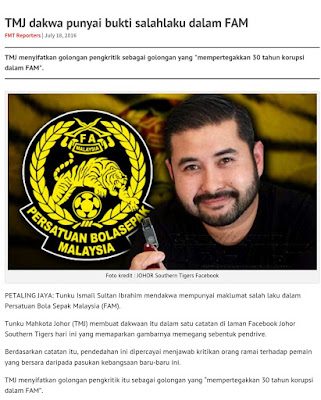 TMJ have been critical on the management of football in this country by FAM. He spent well to make JDT a winnable team and has bragging right to voice an opinion.

If we recall it right, TMJ called Annuar Musa a failure. It is pointless to argue against an angry royal. Any words said in reply could be deemed as offensive and derhaka. Annuar Musa took a step back and only replied no harm learning from failures.

TMJ took the upper hand to then raise about Annuar's Porsche car. He did not reply this time and remained silent. 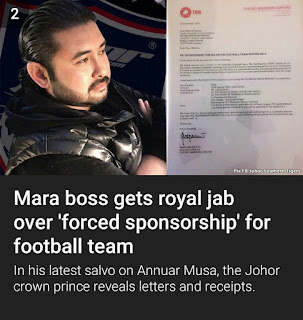 Subsequently, TMJ leaked documents of donation made by Pelaburan MARA Berhad and UniKL to The Red Warriors. 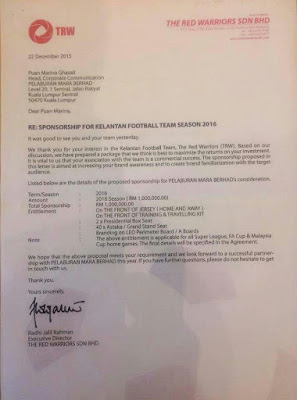 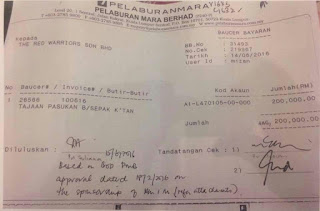 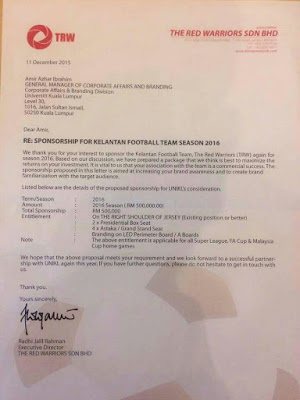 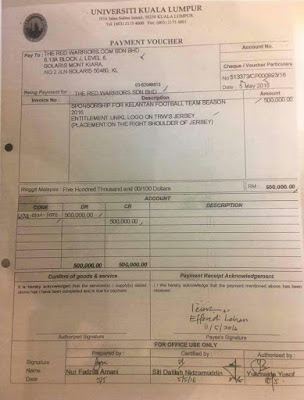 This got people emotional.

It is not a surprise that Syed Saddiq and his PPBM cybertroopers were behind to accuse Annuar of abusing his power to divert scholarship money to his personal interrest.

He was too ecstatic when Annuar was suspended by the MARA Council. 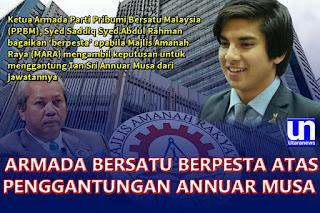 Must understand that this "kid" leading PPBM youth had offended the Johor royals before and was asked to "mengadap" the Sultan at the Mersing palace for a briefing.

He must be currying favour for the royals.

At a time of austerity and it is difficult to get scholarships, it is not politically correct to seek money for football from educational institutions.

However, football is part and parcel of education and youth development. 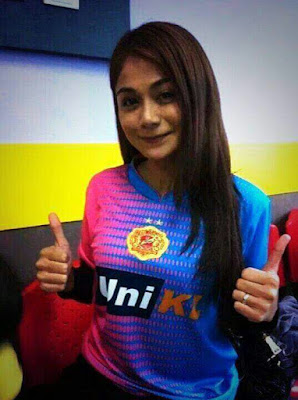 Football bring about unity as politics, race, religion and other rivalries could be put aside differences to root for the local club. JDT have been successful in the effort to unite Johorean of all races to be Bangsa Johor. 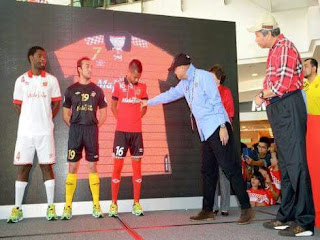 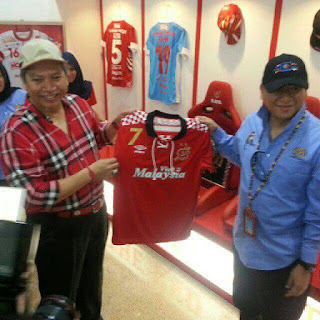 It promotes tourism as one can witness in the picture of Tourism Minister attending a TRW do.

Football has positive benefit but it needs money. More so, Kelantan is not as prosperous a team as JDT. Thus the need for sponsorship.

Kelantanis do well in business and many are successful corporate players, but why they not pour money to the Red Warriors?

Naturally, Annuar tried to raise money from immediate sources he could secure legally. 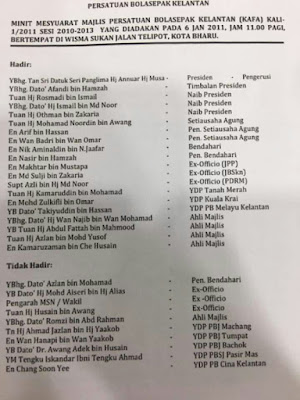 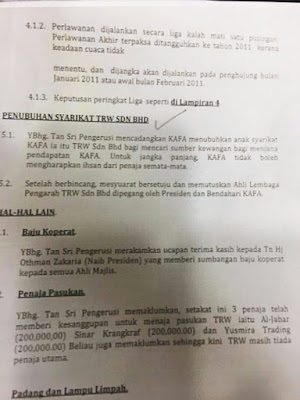 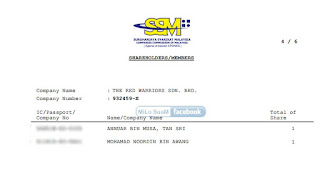 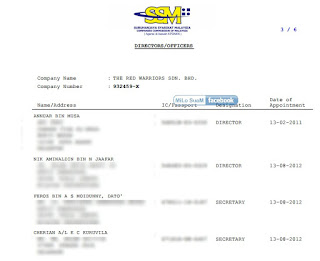 Thus far, all documentations are in order and it is not likely to have been siphoned to Annuar's personal account. If he did not particpate in the decision-making at UniKL and PMB, he is okay.

It makes us wonder why didn't the Kelantanis or Red Warriors came out in support of Annuar in this manner. Instead they went on a rage against KKLW Minister. 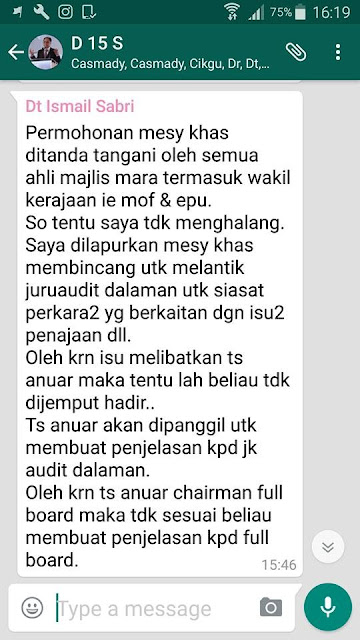 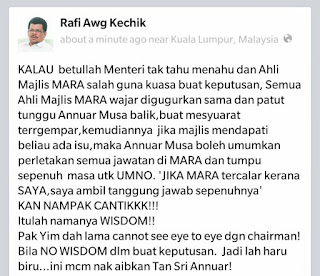 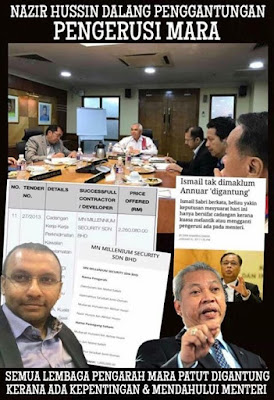 The cynical and prejudicial side of Kelantanis is still at large.

Frankly, there is nothing seriously wrong, legally speaking.

It is not like Annuar siphoned scholarship money for himself or more shocking, seek sex in exchange for scholarship from young pretty female students. 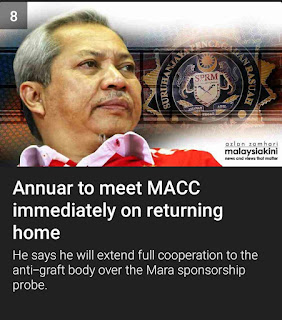 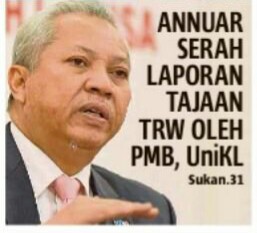 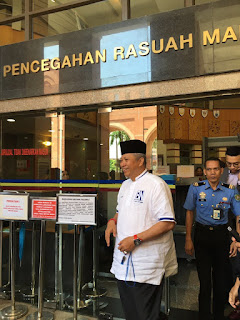 By the way, look whose thanking MACC for investigating Annuar Musa? 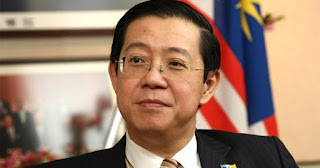 If it is not the alleged corrupt Johor-born Penang Chief Minister himself ....

Quite sure he and his blind supporters didn't say thank you to MACC for investigating and charging in court. He was claiming it as political conspiracy.

In the midst of this brouhaha over Annuar Musa, some Johoreans were saying the Johorean did a number on the Kelantanis.

If words reach Annuar Musa, it could put the Director General of MARA in a bit of discomfort. Dato Ibrahim is a Johorean from Muar.

There will be Kelantanis accusing him of leaking information to TMJ. However, the Kelantanis did not pursue a revenge.

Instead they offered a gift to Johor. NST reported on the latest from Attorney General, Tan Sri Apandi Ali ... a Kelantanis: 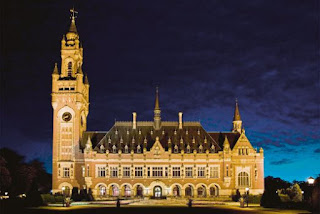 KUALA LUMPUR: Malaysia filed an application yesterday for a revision of the International Court of Justice (ICJ)’s judgement on the sovereignty of the disputed Pedra Branca – also known as Pulau Batu Puteh – Middle Rocks and South Ledge.

In a statement to the press, Attorney-General Tan Sri Mohamed Apandi Ali said the application, which was filed at the ICJ, The Hague, was made by Malaysia upon the discovery of a fact, of such a nature as to be a decisive factor, which was unknown to the Court and also to Malaysia, as the party claiming revision.

“The discovery of the new facts is important and they should be ventilated in a court of law accordingly. Thus, as agreed to by both parties in the Special Agreement, the International Court of Justice is an appropriate forum for this.

“We are also confident that the requirements, as stipulated under Article 61 of the statute of the International Court of Justice, have been met in that inter alia (among other things), the application for the revision is brought within six months of the discovery of the new fact and within ten years of the date of judgement,” Mohamed Apandi said.

He continued to say that Malaysia’s application for a revision of the judgement is a continuation of the process embarked upon on May 9, 2003, by both Malaysia and Singapore, when both nations agreed to submit the dispute over the sovereignty of Pedra Blanca – or Pulau Batu Puteh – Middle Rocks and South Ledge, to the ICJ (“Special Agreement”).

An online portal has reported that the dispute over the proprietorship of Pulau Batu Puteh dates back to the 1980s, when Malaysia published a map indicating the island to be in the country’s territory. The dispute had come to a close when the island was ruled to be Singaporean territory by the ICJ some nine years ago.

The ICJ had found that Singapore investigated shipwrecks within Pulau Batu Puteh’s territorial waters, and granted or did not grant permission, to Malaysian officials to survey the waters surrounding the island. The ICJ had, among others, noted that Malaysia did not react to the flying of the Singapore flag on the island, and Singapore’s installation of military equipment on the island.

The ICJ had also judged that sovereignty over the Middle Rocks is Malaysia’s, and refrained from awarding South Ledge to either Malaysia or Singapore.

The statement from AG below: 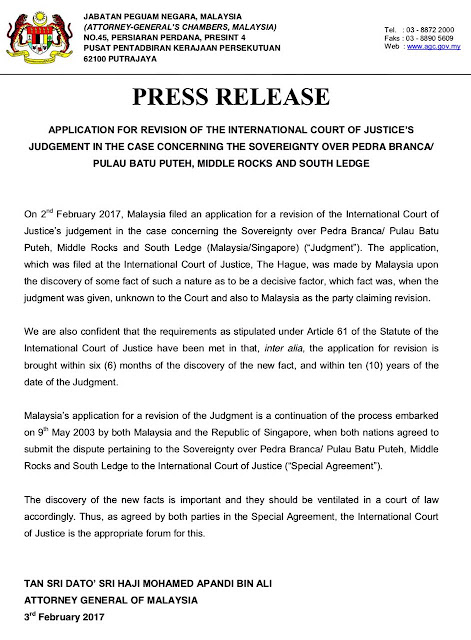 In case, Syed Saddiq turned out to be stupid enough to call this a political move to shore up support for BN, answer this to him: 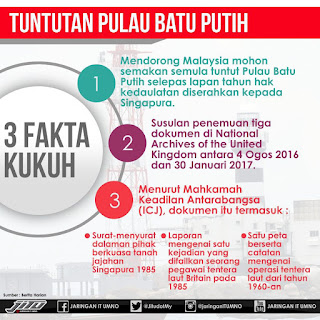 Today Online here reported Singapore acknowledging the appeal as they will be studying the Malaysia's challenge to the judgement by ICJ.

Quite sure, his highnesses the Sultan of Johor and TMJ is pleased with this development. So are all red-blooded Bangsa Johor, be they in Johor or outside Johor.

If successful, one staunch Johoreans swore he will not ridicule Kelantanis anymore.

For all the Ministers from Johor trained as lawyers, it took a Kelantanis and bred from the Federal Court to stand up against ICJ and fight for Batu Putih!

The fact that u are arguing Annuar didn't do anything wrong is proof of how ingrained the abuse of power and corruption is in our society. Annuar may not have personally benefited but he had abused his power as chairman to give sponsorship to a sports team that he is connected to. If he works for the private sector, he would have been sacked immediately. It is called abused of power which is how corruption foster. I thought Muslims are asked to jauhi dosa kecil for fear it would lead to dosa besar??

Annuar was interviewed for 4 hours by sprm. Six mara officers were called in by sprm. Investigation is still ongoing. Maybe it isnot just football.

Legally, it is not wrong yet.

Ethically, some would argue it is ethically wrong for UniKL to sponsor football.

Apparently, UniKL did sponsor football events in Johor for Johorean. Not sure if the sporting event involved TMJ.

Some could argue nothing wrong for UniKL as a profit making organisation to do a bit of CSR or PR. Sports is beneficial to community and youth development.

Emotionally, there will be those arguing it is wrong to channel money for students to football in times of austerity.

Politically, there will be differences in opinion depending on which leader or race, or state or political party or internal UMNO faction one has preference gor or align to.

So what is the criteria that matter most: legal or ethics or emotion or political?

Whatever it is, be sensible.

There's a chance you are qualified to receive a Apple iPhone 7.

Whether he will be found guilty or otherwise it was very wrong and immoral of anyone who has in himself a bestowed power to misappropriate fund for other purpose than mentioned in its objectives.

The commotion to this issue bloom out of the desperation of TRW to get sponsorships. It was and still a sinking ship. In the heat of the moment UNIKL came to the rescue. Is it not a blatant case of abuse of power? Can we rationalise this as something ordinary or the culture in a corrupt society?.