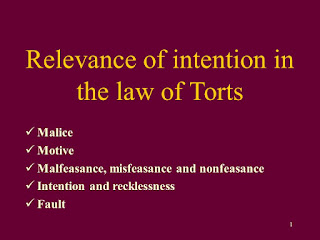 The above image came from a former Deputy Public Prosecutor in his private view with regard to Tun Dr Mahathir and his role in the BMF and foreign exchange scandal.

In the past posting here on tort misfeasance of public office, The Mole here wrongly assumed in their report that it is the opinion of this blog.

They got an anti-Najib lawyer, Aidil Khalid to rebut. Highlighting this so that Aidil knows he is up against the opinion of another lawyer, a prominent one.

The legal question: Is the PM considered a public official?

In a past case, Dato Seri Dr Khir Toyo defence that he is not a public official was refuted by the court. Aidil used the case as a reference.

Lets do the match up. Aidil's opinion as per in the Mole, below:


Aidil said although one of the elements stated in the tort of misfeasance is that the defendant must at the material time be in public office, this must not be confused with unnaturally forcing the Constitutional term of public officer onto the common law principle of the tort.

“Definitions provided in the federal Constitution are meant to interpret the Constitution, and not to be stretched and applied to common law principles that evolve over hundreds of years and have their own sets of constructions.”

He added that many cases from similar Commonwealth jurisdictions have confirmed that ministers, and prime ministers included, who are holding office could be held accountable for cases involving the tort of misfeasance in public office.

He refers to the case of former Selangor Mentri Besar Mohamad Khir Toyo, whereby the Federal Court held that  a public servant is in the service or pay of the government and is entrusted with the performance of public duty.


The suit is based on the assumption Najib Razak is a public officer.

One element of the tort of misfeasance of public office is it must be shown that Najib Razak is a public officer. He is not.

The Interpretation Act 1948 & 1967 defines public office as “an office in any of the public services”.

Section 132(3)(c) of the Federal Constitution states that the public services does not include the office of any member of the administration in the Federation or a State.

A member of the administration under Article 160 of the Federal Constitution means “a person holding office as Minister”.

Najib Razak is a minister but ministers are not considered a public officer. Therefore, the suit will fail.

FMT gave publicity assistance with a more elaborate explanation by their lawyer Hanif Khaitri. That is how bias media spin story and sway the public.


Lawyer Mohamed Haniff Khatri Abdulla, in his reply, said his clients’ action was based on the common law principle of misfeasance in public office which focused on the act or conduct, not the person.

He said the court needed to ask whether the conduct was in relation to public or private affairs.

“The complaint of my clients is that of Najib ‘s conduct. The prime minister performs a public duty when he discharges his function under the constitution or any federal law.”

In their statement of claim filed last March, the trio said they were among the rightful parties to take the action against Najib.

They traced the chronology on the 1MDB investigations, dating back to March 2015, the formation of a special task force, to then attorney-general Abdul Gani Patail’s dismissal, and former deputy prime minister Muhyiddin Yassin’s sacking.

“We say that the chronology leads to the irresistible and undeniable conclusion on the manner in which Najib has continuously interfered with the due process of the law to ensure all the relevant authorities could not continue to carry out and conclude the necessary investigations pertaining to his alleged misconduct over the RM2.6 billion donation and RM42 million from SRC International,” the trio said.

They are also compelling Najib to return to the government the money found in his private bank accounts.

In Khir Toyo's case as Chairman of PKNS, the prosecutor may have been proven in court that he had interfered in the affairs of the state government agency.

So, Hanif Khatri may need to proof there was direct interference by Najib directly in the investigation and the dismissal of Gani Patail and Muhyiddin constitute an interference.

In practise, civil servants may not carryout directive from Minister.

Such example is the believe that Treasury Secretary General (KSP) refuse to abide by directive from PM to increase allocation to certain urgently needed Ministries or agencies. No PM wants any delay in disbursement of students' scholarship or police claims.

Blame it on the KSP. It is he that manages the government's financial affair and screwed up in the prioritising and timing to disburse money.

If that is not comprehensible, the repeated claim that politicians cannot take bribes or kickback unless civil servants refuse to tango should make it clear.

Civil servants can manipulate the process or system to take bribe or kickback without the authorisation of the Ministers or any political appointee.

There is operational separation of power between politicians and civil servants as policy implementor to justify Ministers are not public officers.

Burden of proof will be on Hanif to proof that Najib interfered with civil servants work. If only claims of inteteference from events, it is only a political argument.

If civil servants memandai (did it on their own) and screw thing up, there is probably no case. But me no lawyer.