Rashness and brashness not mark of a seasoned diplomat 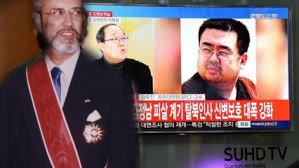 Former diplomat, Dato Dennis Ignatius's blog here have been getting quite a bit of promotion lately from FMT. Few of his postings were republished [read here, here and here].

Despite the close working link between FMT and PPBM, it is still considered a fair comment from a retired long serving diplomat.

Though many former top civil servants, diplomats (G25 for instance), and even policemen are heard to be "hired gun" of Tun Dr Mahathir and the opposition political party, PPBM he led, it would be insulting to assume him as one.

Even though, Dennis is beginning to sound like an irritant, he is not any loud voices in a teh tarik session of pensioners.

In the episode with North Korea, Dennis pre-empted Wisma Putera to call for the expulsion of the North Korean envoy and highlighted Malaysia can't arrest the diplomats, together with attention grabbing prediction of the defection of the envoy.

Frankly, what is it with the retired Mahathir-era government men and women. When in service, they were silence to Mahathir's abuse of power, corruptions, and systematic destruction of the political, social and economic fabric of the country, including the civil service.


Just because Dennis is no longer privy to the work that goes on in Wisma Putra, it does not mean that Wisma Putra is not working. Thus, there is no need to take out an ad every single time the Wisma Putra machinery is working.

With Wisma Putra being so much in the spotlight, if that machinery fails, then everyone will know about it because Malaysia’s interests will be forever jeopardised.

Sadly, as a former diplomat, and fairly experienced, he should be familiar beyond hushing up happenings at the resort and ranch at Mendoza province and 30,000 acres farm off Buenos Aires.

He should be fully well versed with the idea of neutrality and impartiality that was the bedrock of Malaysian international relation through the cold war when he served. The situation between North Korea, South Korea, Japan and China is East Asia’s version of the Cold War.

Again, Malaysia must not take sides. It must not act in an irrational manner and must wait for concrete evidence before taking any further actions. 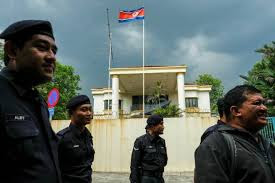 Ever since this whole problem began, a Malaysian official admitted Wisma Putera had taken a cautious stance. It is not born out of cowardice for North Korea, or any other country, but because matters need to be thoroughly thought out and weighed carefully.

Anyone can issue statement and opinion, including Dennis, but the official explained Wisma Putra has to remain steadfast and calm, measuring out its words, and be the voice of reason.

Maintaining good relations among countries is the purview of Wisma Putra. Since Malaya's independence in 1957, Tuanku Abdul Rahman, the first Yang Di-Pertuan Agong of Malaysia outlined in the first Parliament session that Malaya’s foreign policy is to befriend all friendly nations of the world.

More so in peacetime, as the role of Wisma Putera should include economic diplomacy. [Read The Mole here].

Up until two weeks ago, North Korea did not act against Malaysia’s interest. So, there was no need for Malaysia to act in a hostile manner against another sovereign country.

But when the time calls for, as the custodian of foreign policy, Wisma Putera did not shy away from the obligation to promote and defend Malaysia’s interest. It is at the forefront of defending Malaysia’s interest, even if in doing so, it irreparably damages the relations as the case hereon will be with North Korea.

As a veteran diplomat, Dennis should better than anyone else and knows better than to let his heart rule his mind, or to allow himself be a pawn in this messy affair. Is there a chess player behind? 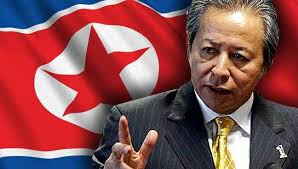 And, Dennis too should restrain himself in wanting to rush headlong into a skirmish or a war against another country. Rashness and brashness are not the mark of a diplomat, even much less the mark of a seasoned and learned diplomat.

Since February 13, Wisma Putra has executed policy decisions that will have far-reaching ramifications. The first was to summon the North Korean Ambassador to the Ministry to explain himself. It is a move that in diplomatic circles is meant to show the displeasure of the host government.

The second action was to recall its Ambassador from Pyongyang. This is another indication of the level of displeasure of Malaysia to recall its accredited ambassador and leave the embassy without its ambassador. 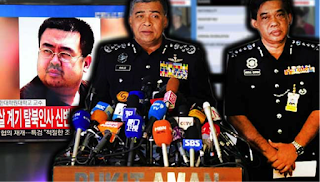 Wisma Putra has its own way to put its house in order before taking any drastic actions. In addition, its action has allowed Royal Malaysian Police to carry out its job to investigate until the perpetrators could be brought to justice.

By doing so, the rhetoric and outbursts from the North Korean ambassador has abated.

Dennis can make up all the conspiracy theory but Wisma Putera has to carry out its work. At least, the manner Wisma Putera did, it allows dialogue and negotiations to take place. The North Korean recognises this and has sent a team to replace the Ambassador as their spokesperson and negotiator.

It all has to be done steady and proper.

By the way, talking about steady and proper, did not know how well Dennis administered and left a legacy at the High Commission office in Ottawa, Canada throughout 2001 to 2008.

Because, by the time 911 happened in September 2011, they could not help or lets bluntly state it as  "refused" to assist stranded Malaysians at the US-Canada border and Gander, Newfoundland airport. Yours truly's mother was stranded and stayed out for six months through the cold Canadian winter.

Younger brother had to personally assist many stranded Malaysians from Toronto, while officials in Ottawa did nothing!
at 3/03/2017 12:24:00 PM