Neither Jack Ma nor Raja Petra, denials not believable 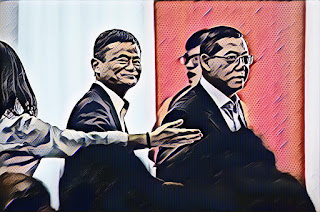 Raja Petra Kamaruddin was requested to retract a posting he claimed Jack Ma met Lim Guan Eng and Tony Pua in Hong Kong to explain the reason Alibaba.com will not invest in Malaysia. The reason was new government's inability to honour its promises and agreements.

RPK had retracted the posting and published AliBaba.com's letter. The original posting can be found in The Coverage here.

But it is no victory of PH to shame RPK and nothing their unschooled cybertrooper could gloat that RPK was caught lying. For any true writer, especially those with brass balls like RPK, there will always be hits and misses.

This is not a miss yet. Informed media and IT sources alerted yours truly of the meeting. The Alibaba.com founder may have denied, but it's substantial shareholder and the Jack Ma the Chinese Communist Party member could have said those words.

Despite the retraction, RPK had not gone down on his knees to apologise but had fun twisting it towards Clare Rewcastle Brown. The retraction is just a strategic withdrawal to continue to fight on another day.

Although the diplomatic businessman may have given complimentary words to Tun Dr Mahathir during his call in June last year and met him together with Lim Guan Eng, it was to test out the new government.

Jack Ma was invited by Guan Eng to Penang to review their e-commerce plan. More than a week  later, Penang government was still reiterating the same invitation without any progress. Till today, no update of Jack Ma' accepting the invite. .

After a year, it is not a surprise that Guan Eng and his befuddling wunder boy, Oxfordian Tony Pua  made the trip to Hong Kong. It is not difficult to check with kaki inside Immigration.

Jack Ma came in June 2018 with intention to mend any broken ties from the hurtful election campaign of Mahathir and PH. He did what any businessmen would do to 'solve common problems'. 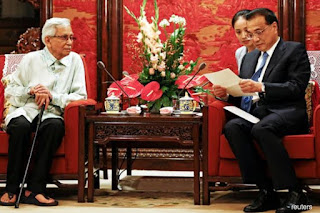 Since then, Malaysian government continued to worsen relation with China.

Guan Eng was the first person that China Chinese met but he acted in a condescending manner to the Chinese delegates in the guise of trade NGO.

China has retaliated by not buying any more palm oil from Malaysia and source it cheaper from Indonesia. Only recently did they realised they had to switch oil palm for bamboo planting and plant pineapples on fishermen's limited or no land around their home.

The day Tun Daim met the Prime Minister of China, Li Keqiang in July last year, it was the day Guan Eng "got" MACC to raid on the contractor of ECRL, CCCC.

It was convenient diversion to his Penang tunnel controversy. And, it is suspicious that the meeting with Jack Ma story appeared after the revival of the Penang tunnel and Parliament Speaker decision to stop any debates on the tunnel issue that came from Malaysia Today revelation.

Subsequent to the meeting with Keqiang, it resulted in no niceties exchanged between Mahathir and the Chinese Premier when Mahathit visited China. The military reception for Mahathir was held indoor as though it is shameful to be seen publicly to respect the man.

Government officials will come out with their standard denial, but among businessman, the talk is China is pulling everything out of Malaysia. 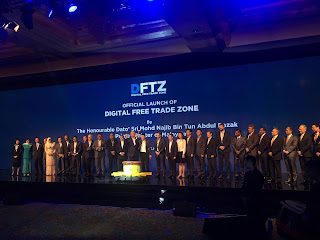 The Digital Free Trade Zone was something to look forward for people and it involves the participation of Alibaba.com and Huawei in its development.

Upon being appointed Minister, Gobind Singh had to make the statement to emphasise DTFZ is not just Alibaba.com.

Jack Ma denied Beijing had forced him out to retire, but it could be face saving. It is not a surprise substantial shareholder of Alibaba.com only treated Jack Ma kinder than they did to Wanda for trying to move in with Tan Sri Irwan on China government's interest in Bandar Malaysia.

Jack Ma could deny and RPK is far away. In the United Kingdom. The source of the info are in Malaysia and highly reliable. The message given by the Jack Ma in the alleged meeting in Hong Kong is real.

That language is the China government language. The Chinese may have told off Tun Daim that they are holding on to the agreement with Najib on ECRL and even Bandar Malaysia.

If the DTFZ work had not started, China owned Alibaba.com and Huawei may have been left out of their promised role and stake in DTFZ.

Mahathir prefer doing business with Japan. They offered Malaysia expensive Samurai Bond at nearly 5% with foreign exchange risk and still we took it.

AliBaba.com and Hua Wei could have pulled out too. After all, Khazanah sold their stake in AliBaba.com.

Jack Ma realised he was wasting his time. He had only committed to rent only a small space in Bangsar South. And, he did not cancel his eWTP plan for Thailand.

Malaysians sceptical of his first eWTP location to Malaysia could be right. Jack Ma was still at the initial stage of testing the water.

Like the rest of China's government investment, Jack Ma is likely to join his government to pack up and leave Malaysia too.

Is it true that samurai bond interest is 5% as your claim in this article?

I would suggest you double check with someone else Nizam Ismail. It is stating the obvious and repetitive to answer. Maybe you can ask bankers as to whether currency swap add to the cost and is there any other hedging cost in the financing structure.