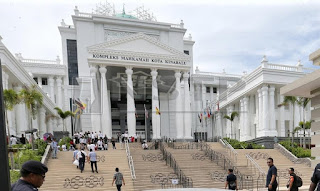 The Edge Financial Daily have lately been putting up disturbing news as frontpage headline.

It puts BNM's denial of a recession in their February 15th report as weak. It was Empress Dowager Governor Datuk Nor Shamsiah Mohd Yunos sucking up to the new national leadership. It is just being hopeful that private consumption remain resilience and project continuation is sufficient to prevent a recession.

More so, February 18th issue reported corporate earning for 2019 will be in the single digit. What will happen when people run out of money with banks' credit card department going after their pants and Lim Guan Eng remained in his mad dog mode?

The economic condition under Tun Dr Mahathir's second crack at the premiership with an arrogant and stubborn Minister of Finance by his right is bad at the macro level and common folks are on the brink of poverty at the micro level. Unfortunately, the country's focus is not on addressing the economy.

The national leadership is behaving like carpetbaggers distributing war victory, and opposition obsessed with politicking. All one need to see is the long list of election petitions in the court.

The Semenyih by-election has just been completed and another one is coming.

Court of Appeal made a decision on February 25th and a by-election to be called for Rantau within 60 days. The new members of Election Commission has not sat down for a meeting but there is petition trial for Kimanis, Sepitang on March 8th, and retrial for Jasin.

Before the withdrawal by "Cambridge" trained Deputy Minister from PPBM, Senator Datuk Marzuki Yahya, the election court made a landmark ruling for a recount.

Off late, law practitioners are complaining that the election court have been acting strangely to ignore precedence and technicality to reinterpret election law at their discretion. Apparently, one judge passed a judgement saying to forget technicalities and to merely look at the fact of the matter. 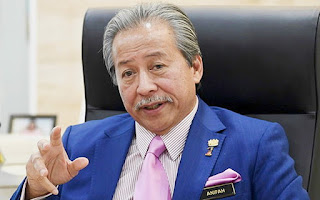 Anifah Aman technically won the election in Kimanis by an unexpected margin of  156 votes.

Since the margin is thin, the challenger Karim tried his luck to make a petition to the election court. Karim seek to unseal the ballot box to check whether the recount and verify whether the number of votes cast is more than the registered voters.

Its a similar and unnecessary case of questioning the credibility of election process based on mere suspicion and without legitimate basis.

The court seemed to ignore all precedents from practises of earlier elections cited by the counsel for Anifah, in which one of them is a PKR politician, Anseri Abdullah. He must have realised the injustice to represent Anifah.

There is also technical issue on the serving of the petition.

Is it a case similar with Tasek Gelugor and merely a political manouvre to pressure independent Anifah to join PPBM or even Warisan?

The personal political vendetta between Dato Shafie Apdal and Tan Sri Musa Aman should not find its way into the election court but such probability cannot be discounted.

Not only is Anifah facing election petition, there is also election petition on Sipitang involving Musa Aman's son, Yamani Hafez Musa. A likely conspiracy to eliminate the Aman influence from Sabah politics.

After the loss at Semenyih, in which Tun Dr Mahathir said PH will be getting two third majority government, news report claimed 5 former UMNO MPs will join PPBM soon. The former UMNO MPs is believed to be aligned to Musa Aman. 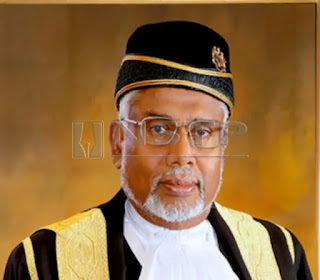 If politics played a part in the election court decision, and there is such likelihood with election judge presiding on the case could likely be a judge with DAP leaning from Sandakan, the allegation by Justice Hamid Sultan may then have some truth.

Hamid claimed that the judiciary is taking order from the executives.

It is obvious in the unreasonableness of AG Chamber to charge Papagamo for alleged harm for Syed Saddiq play acting before the election campaign for Semenyih is over. This is despite the Deputy IGP's statement of no case. It is inconsistent with AGC's decision to withdrew from a similar case against lawyer Siti Kassim.

Few years ago, blog Loyar Burok, in which current EC Chairman was part off, and Aliran portal advocated changing the government to rid the country of injustice from abuse of election law. It did not get any better under PH and public are beginning to see they are worse. The election law is being interpreted at their whims and fancies.

Anifah have been known to long for a life outside politics and public life. If the election petition is accepted and court rule in favour of the complainant, Sabah will lose a great leader.

He may have left BN, but it was a matter of principal. There were promises relating to the Malaysia Agreement 1963 resolution not met. It had nothing to do with politics and he had given UMNO new President, Dato Dr Ahmad Zahid Hamdi a chance.

Nevertheless, party-less Anifah remain to play his role as shadow Foreign Minister in Parliament and raise pertinent issues relevant to Sabah interest. If Sabah need to seek resolution and get their rights under MA63 back, it was Anifah who made the move effort and it will be a big lost to Sabah.

His international network could certainly be useful to the country beyond partisanship in assisting diplomacy and boost trade for both Sabah and Malaysia.