Will Hamid Bador get to bring back Jho Loh? 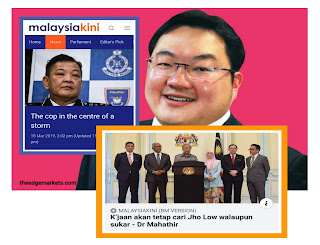 Seeing Malaysiakini wrote a feature of Dato Abdul Hamid Bador, one can only ponder how the world has turned under the new Malaysia Baru government.

Hamid Bador was in the limelight few years ago for revealing to the press the presence of Datin Seri Rosmah Mansor in discussions involving government officials.

There was no detail as to whether it was an official or casual meeting, but it was both damaging for Najib and unbecoming of Hamid. To put it in politically correct words, it is not common for top official of Special Branch to be revealing intelligence information to the public.

Subsequent to that outburst, Hamid was transferred to establish a new security outfit under the Prime Minister's Department similar to the British Thames House.

However, the transfer did not go well. 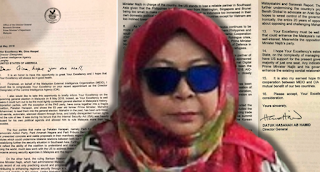 The former Director General of MEIO, Datok Hasanah binti Abdul Hamid basically "cold storaged" Hamid to provide him with only table and chair with no supporting staff, including without a private secretary.

Whether Hasanah viewed Hamid as a threat to her position or it is currying favour from Najib, Hasanah was a problem in itself.

The exploit of this Kelantanis lady, who was formerly the TKSU of Home Ministry under Dato Hishamuddin in charge of financial affair, to fix and remove 6 senior officials of MEIO feuding against her was the talk within PMO circle then.

Recent viral message attempted to defend Hasanah's action by claiming the 6 were out to topple Najib. It is too speculative and MEIO are not to be involved in political related operations but only security matter.

Hasanah is now facing charges of CBT. Presumably, she could be suspected of squandering money from MEIO "operations".

At that moment in time, Hamid would have concluded he was being punished for his outburst.

It was an insult to his loyalty, patriotism and dedication as an intelligence officer to be treated disrespectfully. Hamid resigned and left the intelligence scene to seek solace as a chili farmer. 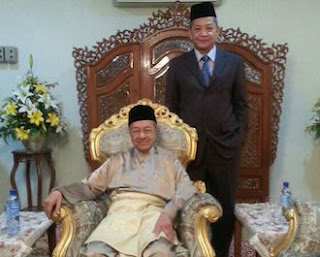 The exploits of the Special Branch are not known to the public. However. conversation on Hamid described his feats as legendary for contemporary times.

Following the return of Tun Dr Mahathir as Prime Minister, Hamid was brought back under contract to head the Special Branch. It was only expected for a protégé of a former IGP and Special Branch DG loyal to Mahathir, Tan Sri Norian Mai.

Hamid was recently appointed as Deputy IGP to replace the retiring Dato Norrashid. It has been widely talked about for the past few months that Hamid will replace Tan Sri Muhammad Fuzi Harun as IGP.

It is one among too few of Mahathir's many decision as PM#7 that can be considered good and right. The police need an honest, corrupt-free and strict cop to head the force.

The Malaysiakini feature below: 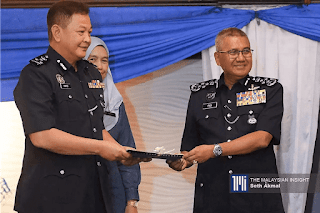 The cop in the centre of a storm

Abdul Hamid Bador came under the spotlight when he was transferred as the deputy chief of the police intelligence unit to the Prime Minister's Department on Aug 18, 2015, amid a crackdown on the 1MDB investigation by the previous government.

As a long-time Special Branch man, Abdul Hamid was not one who had spent much time in the public eye.

The most recent mention of Abdul Hamid, prior to his removal from the Special Branch, was when his name was raised by Sulu fighters who had launched an incursion into Lahad Datu, Sabah.

Abdul Hamid was on the ground during the conflict, negotiating for the intruders to abandon their incursion.

But Abdul Hamid, who spent most of his 38-year career within the police in the Special Branch, made headlines when he refused to go quietly following his removal.

Former inspector-general of police Abdul Rahim Noor had also expressed concern when Abdul Hamid, who had served under him when he led the Special Branch in 1986, was removed in 2015.

"He is an intelligence officer through and through. It is in his blood. As a boss, I never had any doubts about him. The interest and security of the country were always uppermost for him.

“He was dedicated to the Special Branch. He would do everything to safeguard its inte­grity, image and dignity,” Rahim had said.

Abdul Hamid did not clock in at the Prime Minister's Department, and 10 days after his removal, went public and claimed he was removed for his insistence on looking into the 1MDB scandal.

He also claimed "certain powers" were hiding witnesses in the investigation into SRC International, a former subsidiary of 1MDB.

Abdul Hamid also revealed that he had met with then attorney-general Abdul Gani Patail (below) two days before the latter was removed.

Abdul Gani's removal was widely seen as an attempt to kill the 1MDB investigation, amid speculation that he was preparing to charge then prime minister Najib Abdul Razak.

While Abdul Gani kept a low profile after his removal, Abdul Hamid also publicly pushed the former attorney-general to go public on what he knew.

Abdul Hamid had also taken aim at Najib's wife Rosmah Mansor, claiming that she was present at a meeting between Najib and then deputy prime minister and home minister Ahmad Zahid Hamidi and other top officials regarding his removal. Rosmah's aide had denied this.

He had also accused Rosmah (below) of "troubling" his officers, lamenting that they were forced to escort her on her shopping trips.

Suppression of the 1MDB investigation fizzled when Najib was defeated in the 2018 general election, marking the end of the BN-Alliance's 61-year hold on power since independence.

Najib is now facing at least 41 charges of corruption and money laundering, with more charges expected to be brought forward.

International investigators believe that at least US$4.5 billion was misappropriated from 1MDB and laundered through the international financial system for the benefit of Najib and his associates. Najib had denied wrongdoing. 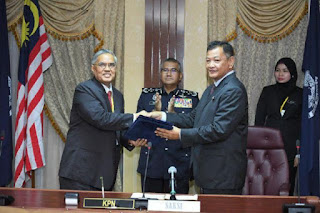 Following the installation of a new government, Abdul Hamid was brought back to the Special Branch, this time as its chief.

Prior to his appointment as acting deputy inspector-general of police today, there had been speculation that he was tipped to take over as the country's top cop.

Abdul Hamid had downplayed the speculation, stating that his focus was still with the Special Branch and finding fugitive businessperson Low Taek Jho, who is an alleged key conspirator in the 1MDB scandal.

Inspector-general of police Mohamad Fuzi Harun is set to retire next month, and with Abdul Hamid as his acting deputy, it appears that the latter taking over remains a real possibility. 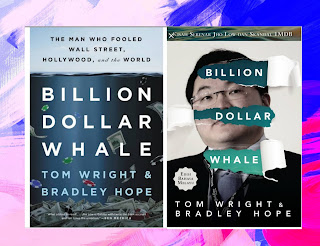 As mentioned in an earlier posting, "M'sian government do not want Jho Loh, Nik Faishal back?", there is no credibility in the government prosecution of Dato Najib without Taek Jho Loh and Nik Faishal being brought to justice.

The charging of Jho Loh in absentia maybe legal, but it would still be as much a political wayang as Tun Daim's claim to have spoken to Jho Loh.

Apparently, Daim claimed Jho Loh was willing to be crown witness but conveniently to fit the script and meet public expectation, he claimed to have told Jho Loh to return and face the law.

It is difficult to believe such conversation existed. The fugitive Jho Loh won't be stupid enough to call Daim and allow himself be traced.

More so. Jho Loh is known to have known, met and dealt with practically all the whose who in the Malaysian corporate and financial scene, including Tan Sri Dr Zeti Akhtar Aziz and Dato Nazir Razak.

The Malaysian Special Branch has an illustrious past to bring back communist dissidents and suspected criminals.

As one retired police officer used to tell yours truly, there is no way for Special Branch not to know where Jho Loh is. It is a common perception in Malaysia that "SB knows everything".

And, there exist extradition law and procedures to bring back fugitives like Jho Loh and his associate, Nik Faishal even if there are no extradition treaty with the respective country Jho Loh is hiding.

The treaty only serve to expedite. Any fugitive, and suspected criminals and terrorists can still be legally extradited. A question of meeting the country's requirement and procedures.

The last line of the wayang script on Jho Loh was the offer for reward for Jho Loh's whereabout by both Fuzi and Tan Sri Muhyiddin Yassin.

Maybe Hamid could put an end to this charade. As a no nonsence police officer, he could be frank enough, as his expressed perception of Rosmah, to not put the public on a wild goose chase.

If Jho Loh can be captured and taken back, it will be most welcoming in the pursuit of truth and justice for all. 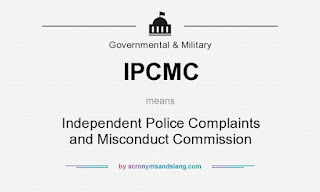 Equally important, Hamid must resist the encroachment of IPCMC into police work. 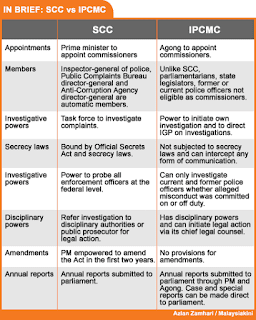 The practise of corruption and abuse of power in the police need be dealt with but it makes no sense to have non-police have control over the working of police.

It will compromise national security.

Be as it may, the mysterious death of altantuya, and hamid bidor claims to swore allegiance on madey and not the country, makes you wonder how would the case continue with him appointed back at the police force