Imran's absence a snub in the face for Mahathir 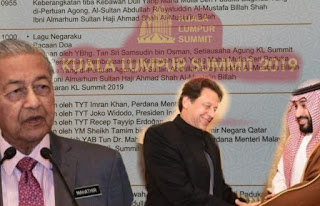 Contrary to the earlier posting, Did Iran pullout of Mahathir-led Islamic coalition, ex-Saudi?, they did not pullout of the Kuala Lumpur Summit.

Despite being mentioned by Co-Secretary General, Tan Sri Shamsuddin Osman, the Iran leader was not invited as a keynote speaker in the schedule behind the invitation card.

Sources claimed President Hassan Rouhani was not specifically invited. He came and arrived yesterday as part of general invitation to Iran.

It was Pakistan Prime Minister, Imran Khan, who is supposed to be the first of the Islamic leader to speak at 10:40 AM, that did not turned up. It is certainly an embarassment for Prime Minister Tun Dr Mahathir.

The idea of the KL Summit may have came about from the meeting between Mahathir and Imran on the sideline at United Nation and in several other encounters, including the opening of Proton's plant in Pakistan.

Ignoring Saudi at own peril 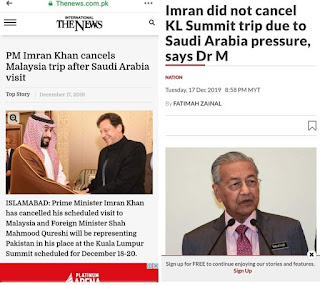 Imran called Mahathir on Monday to inform of his change of plan.

Apparently Imran had to meet the prince himself to explain his position after the visit of his Foreign Minister failed to convince his Saudi counterpart.

South China Morning Post reported Saudi had perceived the summit as intended to replace the Organisation of Islamic Countries (OIC) as the main platform for issue of interest to Islamic countries.

PMO had issued a denial.

Mahathir himself made a conference call on King Salman of Saudi Arabia to explain the summit is not intended to be a new bloc to replace OIC.

He had to convince the public that he actually made such call.

To save face, local media headlined Mahathir denied Imran cancelled visit was not due to Saudi pressure.

There may have been damage done to his reputation for him to be defensive to mention no one is force to come.

Imran had gone to Geneva for a United Nation event on refugee which does not seemed to be of higher priority than the KL Summit. A snub in the face by powers dictating Mahathir's ally in the new bloc.

Unlike the past, where it takes the US to foil his EAEC initiative for the region, it takes only Pakistan to embarass him.

How much could print media be of help. More so, an ailing  compamy that recently retrenched 534 staff. 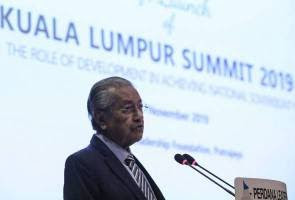 A renown diplomat from Najib administration claimed Mahathir has a false sense of grandeir of himself at the international lebel.

Mahathir was visibly upset with the diplomat's  views, cautions and suggestions given in the few audiences with him. He was not pleased to be told Malaysia is a small country and should befriend all nations.

The country is no position to be bold and loud. Malaysia does not have the economic, military and demography of strategic strength to hold any bargain against any major or regional powers.

Malaysia need to be friendly with the nations of the world to boost trade amd investment. It has to delicately balance its interest and narrative.

The idea that Mahathir had the ambition to be the new leader of the Islamic world did not come out of the blue by this blogger but from astute observation. 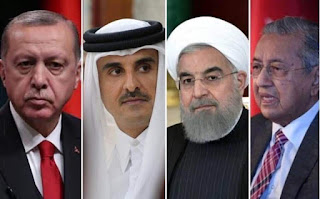 Mahathir or Foreign Minister, Dato Saifuddin Abdullah has been rather reckless and refused advise on foreign policy matter.

Both Mahathir and Saifuddin ignored the sectarian rivalries of sunni-syiah, and rivalries within the Middle-East. KL Summit was not a thoroughly thought through initiative.

A former PPBM official party strategist Dr Rais Hussein echoed the same. In his article on Malaysiakini, KL Summit 2019 might just be same old, same old, he gave a partisan skewed view but summarised it in a smiliar vein as Mahathir's Kongres Maruah Melayu as in "it is lacking the right depth to talk to each other bilaterally or multilaterally".

He emphasised the lack of trade and economic weakness of the 5-major countries as the setback. One wonder as to whether the other Co-Secretary General is Dato Hamzah Zainuddin or Prof Zainal Kling.

Saudi's absence was naively or arrogantly ignored to the organiser's peril. Since Pakistan is dependent on Saudi for aids, their words carry more weight than any admiration Imran had of Mahathir in the past.

Mahathir of the present intend to ignore the closeness between Saudi and US, and Saudi-Qatar and Saudi-Turkey rivalries. Having Qatar as ally also does not bypass the US influence since they have an airbase there. 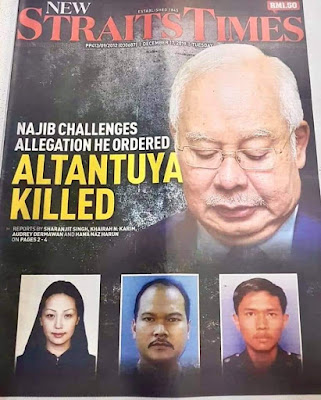 Locally, rumour have been circulating for weeks that KL Summit is not well received. The hall maybe filled at PICC in Putrajaya but not by the leading representatives of each country, and mere second or third liners.

According to a political observer, the KL Summit is cynically seen as more as staging for local politics than for a truly international agenda.

It is seen as Mahathir's attempt to cut-off Dato Seri Anwar Ibrahim's link with Turkey and Qatar.

It was in Qatar recently that he continued to frustrate Anwar's primiership ambition as he told a forum that he intend to stay beyond till APEC 2020.

And, at another occassion, he wanted to address all problems facing the country first. He could more unresolveable problem to stay on.

KL Summit is seen in the same vein as the Commonwealth Games of 1999 was used to smear the international image of Anwar then.

This time it is to smear Najib, who is far more accepted and acknowledged by all Muslim nations, regional and superpowers than Mahathir ever was.

Najib is facing cross-examination on the SRC trial and a frivolous Statutory Declation by on death row Azilah accused Najib of giving the order to murder Hong Kong based Mongolian call girl, Altantuya. Najib may realised this and should counterback.

Mahathir is putting pressure on Anwar and Najib for fear they gang up against him and his divisive game through Azmin Ali and Hishamuddin in PKR and UMNO, respectively did not meet up to expectation or failed badly.
at 12/18/2019 05:24:00 PM