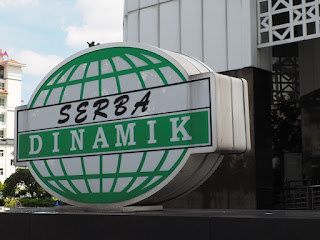 In an interview with FMT, Serba Dinamik finally explained and replied to the RM4.5 billion KPMG claimed audit discrepancies.

The saga caused some RM3 billion capitalisation of the company wiped out following attempt to sack and resignation of KPMG, sellout by local Fund Manager including Pak Pandir dubbed EPF, resignation of independent members of the Board of Directors and unprecedented lawsuit against an external auditor.

Apparently, 1MDB did the same on KPMG. Another relief to Serba is criminal charge against an ex-KPMG sued by 1MDB and also ex-Serba independent Director. More in Rocky Bru here on the change of perception against Serba.

The crux of the matter is the audit discrepency. Part of it was probably leaked and rebutted back in i-Investor portal. Sarawak Kini discussed it here. 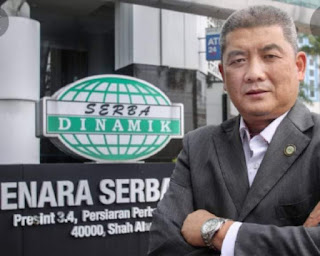 The figure has appeared in numerous reports about the oil and gas company’s ongoing legal dispute with its former external auditor KPMG, which the company claims had raised several trivial issues that have since been responded to.

In an interview with FMT, Mohd Abdul Karim Abdullah said he wanted to set the record straight on the company’s recent auditing issues.

“Everyone has read the information wrongly, the RM4.54 billion consists of items that shouldn’t be added together. You cannot add costs and revenue together, which is how the figure has been derived. This goes against financial literacy.

“Perhaps, people are intentionally trying to sabotage us by exaggerating the numbers. We are not ruling this out,” he said. On April 12, Serba Dinamik’s board was unable to approve the company’s 2020 accounts after KPMG refused to complete its independent audit until issues it raised were addressed.

However, Karim said that even after management had answered KPMG’s queries, the firm declined to continue its audit.

“Among the issues raised to the board were ‘trivial’ audit issues which our management responded to,” he said.

These issues included the inability to verify documents because auditors went to the wrong address and a receptionist’s failure to confirm a staff member’s existence.

Karim said large companies had thousands of staff and receptionists may not know everyone in the organisation. Subsequent checks by Serba Dinamik confirmed the details of the staff member.

“In other instances, the auditors used the social media app truecaller to verify client contact, and made an issue out of the misuse of abbreviations like LLC versus L.L.C.”

Despite responding to these concerns, Karim said Serba Dinamik was still reported to the Securities Commission, which led to the suspension of its shares’ trading and a loss of RM3 billion in market capitalisation.

“This put the company, its institutional investors, normal shareholders and 7,000 staff members at risk,” he said.

Serba Dinamik’s dispute with KPMG has since gone to court. The company filed a lawsuit against KPMG on June 22, claiming that the auditor “negligently red-flagged some issues”.

On June 24, Serba Dinamik announced that KPMG had resigned as its auditor. Ernst & Young Consulting Sdn Bhd (EY) has since been appointed as its special independent reviewer.

Pro-establishment types would standby the words of an external auditor as proxy of authority and professionalism.

Earlier in the episode, authorities and groups closely linked to financial establishment sang the chorus that it is sacriligeous to sue auditors.

Those in the corporate sectors knows auditor can be no angel. As part of a group of company involved in other financial and consulting services, they used the audit access to cross sell and even the use subtle blackmail.

Auditor kow tow to the big accounts and could close one eye to indiscretion. They are only human with mortal fallacies. Stories of auditor's abuse and collusion is abound globally. Remember Enron?

As far as Serba, lets see what EY has in store. It is a test on an auditor to be truthful and fair even at the detriment of another auditor.

And, legal victory may not necessarily mean absolutely innocent or absolutely guilty.