Nothing new on the Hungarian ventilator scandal allegation 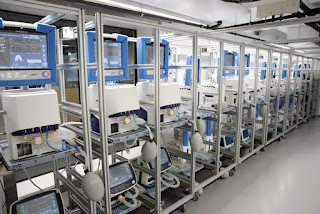 After more than 10 days, wonder what is the development to the July 25th posting entitled "MalaysiaNow - MT doing old school reformasi era psywar" in their attempt to scandalise and locally politicise Malaysian businessman, Dato Vinod Sekhar to the Hungarian ventilator scandal.

The issue is interesting on several aspects. Hope it is not narrowly perceived as a pro-UMNO moi defending someone closely linked to Dato Seri Anwar Ibrahim. If there is any politics, it is about political quarrels similar to the quarrel of former lovers.

Same happening currently at national level is the political quarrels of former comrades from and within UMNO, which this blog is refraining from comment to prevent from blurting anything and just enjoying a ring-side seat.

The attack on Vinod revealed Malaysia Today has changed bosses again within a short time after leaving Dato Najib's man to someone aligned to PPBM and apparently, now it is with Azmin. NO worry, OK with that.

Wonder whether MalaysiaNow responded to not only yours truly's posting, but also that of NurclearBursaMan here, Life of Annie's here, and TwentyTwo13 portal here.

This blog's take then was that its politics and political propaganda aimed at Vinod, who is perceived by them as Anwar's political adviser, and funder. We know of Vinod as a businessman, philantrophist and from common acquiantance at a Bangsar waterhole.
So happen he is open about his association with Anwar. And, he is not the only opposition or pro-opposition we are on friendly basis.

Then there is NuclearBursaMan who see it as a half bake investigative reporting by Nick Kochan and a story that never was. He ended his posting to remind of Brendan Pereira's resignation from NST in 2006 for plagiarism. What is he driving at?

Life of Annie attempted to explained what happened and defended Vinod as a person of good intention. She appreciated Vinod for his support for the plight of reporters and journalist.

TwentyTwo13 is saying Vinod is not benefitting from the deal as he was merely helping. As middleman, he admitted taking the usual percentage cut, but has no intention of benefitting from it. When he gets the money, he intend to donate it.

The ordeal Vinod underwent to help the Hungarian made he decided not to be get involved in the pandemic business. Its making money from peoples' suffering. Hint hint hint to the PN backing portal.

Replied MalaysiaNow did on July 28th with the article "Hungary anti-graft body describes ventilators deal as ‘hotbed of abuse’". The same picture from our July 25th posting here used. Not sighted yet, but was told this blog's posting was republish on MalaysiaNow.

Perhaps, its a message moi will be eating our shoes in the future.

Their article quoted the Hungarian Transparency International but no substantially new material. Google the keywords "Hungary ventilator scandal". One will come across more material by the Hungarian opposition and NGO pressuring their government for answers and demanding investigation on the excess purchase of ventilators.

However, it is mostly last year.

The same keywords for news only shows the last news on it is in March of an opposition making their demands. Inserting Transparency International did not turn up any news. In fact, the only source in Malaysia commenting on this scandal is MalaysiaNow.

Subsequently, MalaysiaNow came out with another article on August 3rd entitled "Watchdog presses Hungary govt to reveal details of half-a-billion dollar contract to Malaysian businessman" but linking back to their July 28th article.

Obviously, they have nothing new and substantial. Its merely politically motivated churning or repeating same news aka bullshit. Without any new development, what is there to comment or reply? What substantial basis, let alone proof, can MalaysiaNow implicate Vinod as committing a crime?