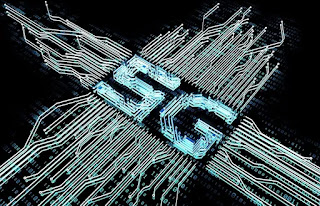 There have been many unsubstantiated allegations of improprieties made against DNB on the tender and procurement process and claimed award of 5G sub-contracts.

If that is the issue, in which the relatively air tight policy and procedure instituted and implemented by DNB proves there is none, then the solution should be merely to improve and tighten the process.

Certainly, it does not warrant a change midstream or in common man parlance, a flip flop or U-turn on the 5G planned rollout. It will only lead to an absolute mess and a failure in the making as it is repeating the mistakes of the past.

The issue of consumer being shortchanged by comparatively exorbitant charges, poor quality and coverage of service, and technology behind the curve have been repeatedly written and mentioned. The setback to the country's future economic prospect have been touched repeatedly.

It is the bigger risk to national security that is of concern. The impending Russsian-Ukraine war makes the risk more obvious. 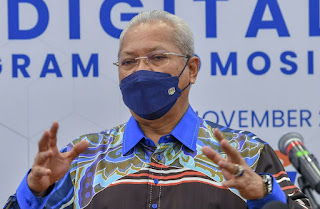 Recently, it is heard that Minister for Communications and Multimedia, Tan Sri Annuar Musa said government will decide on the 5G rollout on March 11th, which is tomorrow.

Then came the teaser through Star Online report here of government leaning towards Dual Wholesale Network (DWN). It looks inevitable.

It proves that the tantrum by Deputy Minister Datuk Zahidi Zainul in December 2021, just three to four months ago, is not merely an emotional outburst, but seemingly a planned act or political stunt to detour DNB's Single Wholesale Network (SWN) plan.

Annuar Musa immediately wanted to push it through for January but delayed to probably in March.

Still it is done in a short time and hurriedly pushed before casting of ballot for the Johor state election on March 12th this Saturday for SWN could be replaced with DWN.

This blog sensed during the recent widespread flood Selangor that someone been talking to Tan Sri Vincent Tan and going for holiday together.

As far back as early December 2001, this blog had immediately suspected that the Ministry have been pandering to Pejuang Tun Dr Mahathir Mohamed self interest in telecommunication.

The player behind this all is Hua Wei.

They already have commercial link up with Ananda Krishnan's Maxis, whose current Chairman now is Tan Sri Mokhzani Tun Dr Mahathir. For all one knows, his family is the real substantial shareholder of Maxis.

The China giant and it is the same practise of all China companies to pursue deals directly and stay out of open tender.

Hua Wei arrogantly did not participate in the 5G tender by DNB, in which Ericsson won fair and square. They now try to enter the game the semburit way through Vincent Tan and Maxis.

Often than not, they would offer at a price one cannot refuse at half the winning tender price and comes with "mutual benefit" kicker. All for the purpose to get in and not mind of the marginal profit. If they are not interested in profit, what is their motivation?

Another downside is there is no economic mutual benefit. China would provide for everything from technology to service maintainance down to Managers and labour. There is minimal or practically no local input and economic benefit. 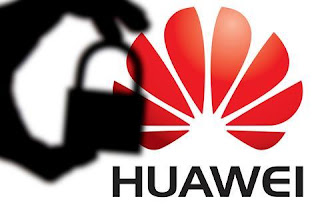 This represent a security risk because Malaysia will be absolutely dependent and at the mercy of China for telecommunication and 5G services.

There is no telling the unlimited compromise to national security with information flowing easily into their hands and vital telecommunication of the country can be shut off or taken over with ease.

Blogger nuclearmanbursa have repeatedly highlighted the security issue and threat involving Hua Wei in his blog for many months.

The security concern of Hua Wei have been widely discussed and acted on in the US and Europe. Acted they have and as far back as early 2019, this blog shared a news piece in this posting, Hua Wei to Hawau.

There is also the US security paranoia to consider. See video below:

Nevertheless, one need to bear this in mind. During the recent threat to our waters in Sabah and Sarawak, former Attorney General Tan Sri Gani Patail shared this message with his friends:

Good morning. I have always upheld the same. The integrity of our waters must be protected. The Fed Govt is duty bound to protect it against any intrusions or even any aggressions.

The duty of the Federal government extends to land, air and electronic space too.

1. I am deeply concerned with the escalating tension in Ukraine.

2. I am firm, unequivocal, and unwavering in my belief that violence will only lead to more suffering for the people. Malaysia has a deep connection to the escalation in Ukraine when six years ago our MH17 was shot down while flying over the eastern Ukraine airspace and the wreckage fell on rebel-held territory of Donetsk. We have experienced the profound effects of the issue between Russia and Ukraine. The MH17 tragedy has caused us great grief and I believe the heightened escalation we are seeing between Russia and Ukraine might only cause more grief to a lot more people.

3. The Malaysian Government should take a firmer stance in urging all parties involved to stop their aggression and commit themselves to peace negotiations. It is not enough to just echo the sentiment of other countries. Malaysia should stand firm on our sentiment on this issue and take action to stop the aggression, because with the current geopolitical issues surrounding our Malaysian waters with trespass after trespass by big super nation to the east, we could very well be in the same shoe as Ukraine.

4. At the same time, given the widespread cyber warfare and misinformation tactics deployed by Russia, I am calling all parties involved in the telecommunications and digital systems in Malaysia to enhance our infrastructure security in facing any possible cyber-attacks or misinformation campaigns. This comes as tensions between Russia and Ukraine continue to escalate, raising fears that this could trigger a wider "digital war".

5. As Malaysia prepares for the 5G network technology, while making sure every Malaysian has equitable access to it, we must also consider its security aspects.

6. The 5G security issue really concerns me as some 5G technology providers have alleged ties to a superpower that constantly encroaches on our waters affecting lives and livelihoods especially for my fellow Sabahans. Bear in mind, the telecommunications industry has evolved rapidly in recent years and with this evolution comes new challenges such as cyber-security risks, which are becoming increasingly sophisticated and interconnected with other sectors including finance, transportation, military, and other critical infrastructure. With the increased presence of terrorism and cyber warfare, it is critical that we have a strong and secure digital infrastructure. The Government must not allow the greed of some quarters to put our digital security at grave risk.

7. On the issue of our “physical” territory, the country's top security priority should be on protecting our Sabah water territory from foreign aggressors.

8. The Malaysian government should not tolerate any threats to the nation’s sovereignty and should take all necessary measures to safeguard our borders.

9. I urge all parties to be vigilant and take extra measures to keep our territorial integrity intact. 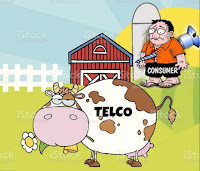 The choice made for Ericsson should be respected and continued in its present form.

Changing it from SWN to DWN will mean Ericsson will have to revise their proposal as the business model have absolutely changed and the cheaper access cost to consumer will not be be sustainable.

It means costing more to consumers and continuing to burden the rakyat. That is not smart politics in this time of rising rakyat consciousness.

As it is, using the Ericsson system which hails from a Scandinavian country, it is relatively neutral choice politically. Being politically neutral in its foreign policy, Malaysia could avoid from making the contentious choice between China's Hua Wei and that of the US or its allies.

Regular policy change or U-turn midstream is pushing Malaysia backward throughout the PH and subsequently PN administration. It should stop under a BN Prime Minister.

Keluarga Malaysia should not open the country wide open to security risk and be seen as a joke to international observers.

Before the country achieved the socio-economic objective for connectivity, policy change midstream to introduce competition by issuing too many telco licenses at one go ended up with all telcos merely focused on urban and highly populated area, devoured ludicrous profit, and over time, severely compromised coverage and quality of connectivity.

If government succumbed to the threat of few major telcos or self-interest politicians to change from the on-going SWN to a DWN, the indecisivenes will embassingly push the country's telco industry further a back to other less developed neighbouring countries.

DWN option will ended up repeating past mistake, in which the recent cancellation of 3G networks proves the 4G laid out by telcos was inadequate to meet needs and an absolute sham.

As it is, Malaysia is far behind to other South East Asian countries, including Laos in certain aspect of telco service.

The repeated procrastination, indecisiveness, and flip flops will cripple the country's telcommunication.  Bad policies will turn Malaysia from a model of telecommunication success to a failure.

By repeating the past mistake of improperly planned introduction of competition, consumers ended up getting screwed and the country's aspiration for connectivity remained a pipedream since Celcom was established in 1988.