Pejuang opposition to DNB for Mahathir's self serving interest 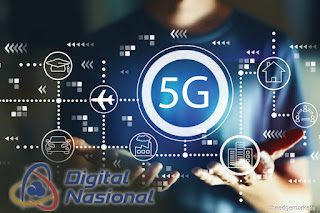 Of all the issues beseiging the country, it is certainly interesting to hear the youth wing of Tun Dr Mahathir's smaller start-up party, Pejuang to take up the issue of Digital Nasional Berhad (DNB).

DNB is a company incorporated under the Ministry of Finance and not under the auspices of more regulatory Ministry of Multimedia and Communication, in which MCMC is under.

Since DNB made known the plan to undertake a Single Whole Network (SWN) approach, telcos have been sulking over it.

Through Groupe Speciale Mobile Association (GSMA), the voices of telco have become louder and more aggressive in applying pressure and lobbying against DNB rolling out of SWN.

The arguments brought forward by Pejuang Youth is the same argument in the paper prepared by the global cartel and lobby group for 800 mobile operators worldwide (read Soyacincau.com here). The GSMA argument is simply the theoretial belief that competition would provide greater coverage and lower price.

It was reported recently that there have been talk of a pushback from the telcos and possibly ganging up against signing up with DNB which would delay the rollout.

Telcos prefer DNB to merely sell the bandwidth, pocket the money, and sit quietly by the side for the telcos to make billions from the 5G. Telekom Malaysia recently gloated over achieving RM8.38 billion revenue over 9 months for 2021 with growth of 7%. 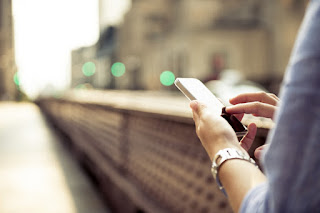 The approach of giving away spectrum cheaply has not achieved the desired connectivity and technology upgrade for Malaysia.

As at September 2020, Tutela report ranks Malaysia at 81 in mobile experience in terms of connection good for most demanding apps. In the region, Malaysia is behind Singapore, Vietnam, Thailand, Indonesia and even Laos.

Only Digi offers download speed comparable to Thailand. Other service providers such as Maxis, U Mobile, Unifi and Celcom ranks at or lower than Indonesia.  Lets not even compare to Singapore that is significantly ahead of all South East Asian countries in this aspect.

On top of the less than comparable speed, quality have been on the steady decline over the years.

The spectrum selling approach has resulted in a massive digital divide with the rural area severely under served by 4G. This negated the original reason to achieve nationwide connectivity that had government privatised and invited entrepreneurs in with Celcom being the first mobile operator.

Competition resulted in operators focused on the profitable urban area and merely made token effort to widen coverage to the rural area. New players such as Maxis were given leeway to ignore social agenda and Celcom was put at a disadvantage.

The industry spent RM26 billion for 4G over 8 years, but quality and coverage is still far from optimal. The MRSM student in Pitas Sabah had to climb up a tree to get coverage. Slow Internet access is a common frustration and even in the urban centres, its getting bad.

Telcos have been slackening and making Malaysia lag in terms of connectivity. The situation warranted government to plow in RM28 billion under the JENDELA program to fix the shortcoming of the existing 4G infrastructure.

Data consumption continued to rise, but telcos have not been upgrading their infrastructure to maintain the quality of service. Download speed by major telcos have been on a decline by 40% to 50% over the last four years.

This is despite the lucrative return for the oligopolist telcos. Since its launch in 2013 till 2020, Maxis and Celcom have been generating revenue of RM72 and 56 billion, respectively. Despite the lack of quality, their profitability is at an average EBIT of 29% and 13% margin over industry average! 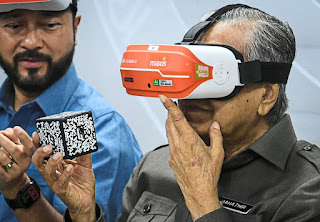 This is the legacy of Pejuang's Chairman. He is customarily allergic to any idea beneficial to the rakyat.

DNB aspires to offer less than 20 sen for every gigabite for telcos. Charges for leasing 5G will be 50% lower than capital spent for 4G network.

At the initial stage, DNB's 5G operation will have its own challenges and need finetuning. Instead of working together for national benefit, the telcos are more interested in selfish reasons than achieving  connectivity and national growth.

Pejuang Youth is obviously being used as a political platform to champion Mahathir and his corporate cronies' self serving business interest in Maxis, YTL, U-Mobile, and Altel.

Maxis had been working with Hua Wei to develop its 5G network. There is the likelihood they are planning to establish another 5G network for these companies under the pretext of competition to DNB. As happen before, they will focus on the urban area or enterprise sector to ignore other area of needs and leave DNB the less profitable sector.

The intention is obvious from the argument along the GSMA line. SWN is viewed as relevant for rural and less profitable area. They highlighted the "success" of rural network involving EE (BT), Three UK, Vodafone, and O2 in Britain.

At the rate the industry is opposing and not cooperating with the plan, conflicting interest would break up DNB into state level network operators. Do not be alarmed should research uncover a plan hatched possibly by someone up in the Ministry to privatise a dedicated DNB for East Coast Peninsular states.

The main argument brought by GSMA centred on profitability of SWN, particularly the lack of profitability in countries highlighted.

If the motivation is money over connectivity, the 5G will not achieve the full aspiration for development and raising the economic productivity nationwide.

As Karamjit Singh described, all the complains and concerns is "Much ado over Malaysia's against the grain approach".

So what few countries failed temporarily in their SWN. Initial stages will normally have teething problems. It is not the first time Malaysia gone through that same path to ignore the norm and went against the odd to prove sceptics wrong.

The social and economic benefit for the country far outweigh any possible short-term setback in profitability than serve corporate greed.

Malaysia is lagging and in dire need for a game changer to take it out of the post-Mahathir economic rut and his constant self serving interference. And, it need to keep up with the rest of the world.

To do so, the rural area must not be left aside and be part of the economic development. They should not be denied connectivity and quality of service.

As a taxpayer, I am more worried that DNB is headed by a crook with two arrest warrants. May be one day joining BossMu behind bars, insya Allah.

Telcos will only go to high populated areas. Most tower operators are at the mercy of Telcos. Telcos pick and choose. Telcos love to do trade off for bandwidth. EXCESS bandwidth trade off for small profit. So you can get congested bandwidth. Hence slow speed. It was never about expanding bandwidth or network speed. Telcos do not cares for consumer.

For 5G there are need for wide tower coverage just like electricity national grid. These Telcos are they willing to do these wide tower network. For DNB they can just initiate masterplan for tower contractor and without hindrances of state and local regulators. Tower operators have to contain with state rule regarding tower infra. Please don't compare with Singapore or Indonesia.