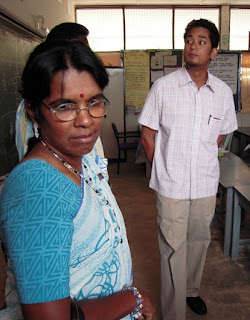 Resistance towards Khairy Jamaluddin’s leadership in UMNO Youth reaches a boiling-point today when some of his exco members voice up asking him to resign from his post.

Reason cited was Khairy's failure to bring unity into the movements a year after helming the top UMNO youth post.

Malaysia-instinct.com has been made to understand that the call for him to resign was headed by Putrajaya UMNO Deputy Youth, Mohd Yahaya Hishammuddin during the youth exco meeting at PWTC today.

A significant number of exco members agreed to the call.

The UMNO Youth Exco meeting was held in a tense mood today with exco member loyal to Khairy exchanged words with those who were against him.

Rejection towards Khairy's leadership is a result from his failure to unite the movement after almost a year assuming UMNO Youth Movement Chief Post.

In addition, KJ's lack of attitude towards to Datuk Seri Najib Tun Razak is also one of the rejections cause.

KJ however dismiss the idea and only promised to work harder to unite the movements.

Some parties in the UMNO Youth described what happened during the meeting today as the beginning of open pressure for Khairy to resign.

And what happened today also indicate that there is virtually no more hope to unite the movements as long as Khairy is the leader.

But in the best of interest of the movements and UMNO, he should leave ASAP.