A Prime Minister and A Primate 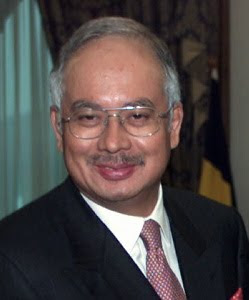 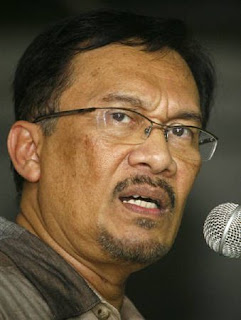 DATUK Seri Anwar Ibrahim has been on the ceramah trail the past couple of weeks. The last time he was this busy was when making his comeback as Permatang Pauh MP more than a year ago.

His sodomy trial starts next Tuesday and all this political activity is a sort of pre-trial campaign to reach out to as wide an audience as he can.

The Opposition Leader’s oratory at these ceramah have assumed a certain pattern.

Apart from providing his take on the forthcoming trial, his chief target has been Prime Minister Datuk Seri Najib Tun Razak, the man who stands in the way of his political ambitions.

The PKR leader has also been at pains to explain his party’s stand on the controversial “Allah” issue and at times, has come across as rather defensive especially when the audience is Malay and rural.

An overwhelming majority of Malay-Muslims are very uncomfortable with the High Court ruling in allowing the use of the word “Allah” in The Herald and Anwar has been grappling with the Malay-Muslim sentiment on the ground.

But his stand would go down well with the Western liberals who want to see Islam in a way convenient to them.

This came across quite clearly in the Wall Street Journal which published two articles yesterday on the issue – one by Najib and the other by Anwar.

Najib’s piece was titled, “Finding Unity in Diversity” while Anwar’s carried the heading, “Muslims have no Monopoly over ‘Allah’.”

The articles were quite a contrast, not only in content but in reflecting the priorities and political styles of the two men.

The Allah issue has become very political and at the same time very personal to the religious beliefs of the various communities.

Najib chose not to take the political argument. He pointed out that citizen action and spirit had prevailed in helping to maintain calm and peace following attacks on places of worship.

There is no denying Najib has been under a great deal of pressure over this issue and he admitted there are passionate views on many sides and that this was a complex issue that the Government was trying to resolve .

He spoke about the reform path that his administration would take and said Malaysia’s society and the economy could only be built on that which unites rather than which divides.

His message was not about blame or justification but about unity, building bridges and looking forward.

As he put it: “I am determined that the vandalism of the places of worship and arson at the Tabernacle (the church that suffered the most damage) and the powerful response from everyday Malaysians can be transformed into a moment from which we can learn.”

Anwar, in his article, offered a concerted argument why Muslim do not own the word Allah.

But the politician in Anwar dominated in his article and he pinned the blame for what had happened squarely on reckless politicians, the mainstream media and NGOs linked to Umno.

He accused these quarters of fermenting fear to divert attention from controversial court decisions and missing jet engines.

It was the written form of what he had been saying at many of his ceramah, a political attack on his chief nemesis Najib and the ruling coalition.

He went beyond the Allah issue and pronounced this country as going down the drain because of corruption, incompetence and religious extremism.

He said the vision of Malaysia as a peaceful and stable location was in peril.

Anwar, some fear, is about to launch a repeat what he had done back in 1998 when he came under siege for charges of corruption and sodomy.

He blamed Tun Dr Mahathir Mohamad for his troubles and in his anger, he not only ran down the former Prime Minister but the system and the country on the international front.

Anwar, they say, should try to draw the line between his personal issues and his politics from that of the country’s interests.

There is no denying that race relations have been affected by what has happened. Malaysians of all races are concerned about the future.

Some are pessimistic, others more hopeful. But what everyone wants now are solutions rather than finger-pointing.

Everyone wants a peaceful and acceptable solution to the “Allah” issue and the politics of blame will not help.

The rebuttal to Anwar's article in the Asian Wall Street Journal question below:

1) Mr. Anwar Ibrahim has stated that there have been conflicting statements from government regarding the church attacks and that Malaysia frequently fails to offer a safe and secure environment that accommodates its minority communities. He goes further to allege that tensions are “largely due to incitement by a few reckless politicians, the mainstream media and a handful of nongovernmental organizations linked by membership and leadership to the United Malays National Organization”.

Rebuttal: This is cynical politics at its worst. By politicising these events, Mr. Ibrahim is fanning the flames of division and attempting to erase the progress we have made over the last year. Malaysian’s interest continues to move beyond divisiveness politics and into strengthening their communities and families. We encourage Mr. Ibrahim to do the same.

THE GOVERNMENT CONDEMNS VIOLENCE OF ANY KIND. The government and the people of Malaysia have spoken with a unified voice in condemning the despicable acts of a few. People have joined as one to assert that violence is never an acceptable way to express views or resolve differences. Muslim and Christian groups are standing shoulder-to-shoulder to ensure all people can worship safely and free of fear as is guaranteed under the Malaysian Constitution.

THE GOVERNMENT IS FULLY COMMITMED TO RELIGIOUS FREEDOM. While buildings have been damaged, the values all Malaysians share - religious freedom, tolerance, peace and fairness - remain the cornerstones of our communities. Malaysia has a history of respecting the expression and practice of all religions. In Malaysia, people are free to celebrate religious holidays including Christmas and Thaipusam; and, religious expression in schools, such as wearing a headscarf, a cross or a bindi, is guaranteed.

GOVERNMENT SUPPORT FOR SAFETY AND REBUILDING. During a visit to one of the most badly damaged churches, the Prime Minister pledged resources to rebuild and emphasised that all Malaysians can attend their places of worship free of fear. While thankfully nobody has been hurt in these attacks, the police are enhancing security and intensifying their investigation to track down the perpetrators and have made several arrests.

INTENSIFYING EFFORTS TO BRING THE CRIMINALS TO JUSTICE. The Prime Minister and Home Minister have called on the police to leave no stone unturned in this investigation so that those responsible can be brought to justice. The Home Ministry is in regular contact with those leading the investigation and will ensure full communication and transparency to the people on this issue.

AS THE PRIME MINISTER STATED IN AN OPINION ARTICLE IN THE JANUARY 26TH EDITION OF THE WALL STREET JOURNAL ASIA: “Many Malaysians have been appalled by the irresponsible and dangerous finger-pointing of a few politicians who put personal political interests before Malaysia's national interest. They try to score political points by hammering on sensitive issues. My government chooses a different path. We will reach out to all parts of Malaysian society in the coming days to foster open dialogue and work to resolve sensitive issues together.”

Rebuttal: This sceptical view of Malaysia and Malaysians is directly contradicted by the reaction of ordinary Malaysians of all religions following the attacks.

THE REACTIONS OF ORDINARY MALAYSIANS HAS SHOWN THEY REJECT VIOLENCE: The reaction of ordinary Malaysians to the Church attacks shows that Malaysians do not accept or tolerate acts of vandalism or intimidation against any religion. This is the true spirit of 1Malaysia.

AS THE PRIME MINISTER STATED IN AN OPINION ARTICLE IN THE JANUARY 26TH EDITION OF THE WALL STREET JOURNAL ASIA: “Many measures have been taken to counter this violence. Muslim groups volunteered to safeguard churches in their towns. Muslim social activists have written petitions to oppose these senseless acts of vandalism. Muslim civic groups are standing shoulder-to-shoulder with Christians, Hindus and Buddhists to ensure that all people can freely worship as they wish. Christian and civic leaders have urged calm and interfaith dialogue; they are fully aware that those who perpetrated these acts do not represent the Muslim majority in Malaysia.”

3) Mr. Anwar Ibrahim says recent incidents raise doubts as to the course of the country under the Prime Minister’s leadership and that the “vision of Malaysia as a peaceful and stable location for investment, tourism and migration is now in peril”.

Rebuttal: Malaysia’s overwhelming embrace of the respect, tolerance and community participation outlined in the 1Malaysia initiative prove Mr. Ibrahim wrong. A few despicable acts of cowardice can not derail our efforts, and the vision of Malaysia, and the social and economic progress it supports, remains sound.

STRENGTHENING THE CONCEPT OF 1MALAYSIA. Over the past year, the government has implemented a number of reforms to increase opportunities for all Malaysians regardless of their ethnicity, including establishing scholarships and other programs to support Malaysia’s ethnic communities. Some have attacked 1Malaysia in the wake of these attacks, but the vast majority of Malaysians will continue to foster unity, tolerance, and understanding because of the shared belief that we are stronger together, and weaker divided. - http://barkingmagpie.blogspot.com/

But pursuing the perceived interests of a political community that happens to be Muslim, is not the same thing with upholding the religious values that God has bestowed on Muslims. The difference between the two is subtle but crucial. It is the difference between serving God, and making God serve us.