Perkasa rushes in where Umno fears to tread 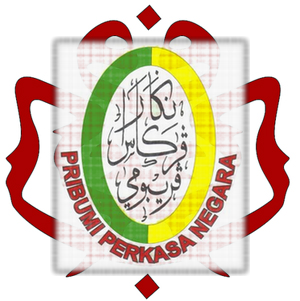 Will Perkasa be more relevant to the Malay and Pribumi than UMNO?
By Adib Zalkapli, The Malaysian Insiders

KUALA LUMPUR, Jan 20 — Perkasa, the Malay nationalist movement which began as a one man band after Election 2008, is shaping up as a national pressure group to Umno, representing those seeking to defend the constitutional position of the Malays and the social contract.

For the past two months, the Perkasa national leadership, led by veteran politician Datuk Ibrahim Ali, has been going on road shows to officiate state level launches and to organise massive recruitment drives.

On Jan 30 former Prime Minister Tun Dr Mahathir Mohamad, who once made Ibrahim a deputy minister, is expected to launch the Selangor Perkasa. His presence will be seen as a coup for the right-wing organisation.

In every state, Ibrahim who is the sole independent Member of Parliament has been able to attract local Umno leaders to attend gatherings and express support for his struggle.

It has also successfully recruited Umno grassroots activists who have failed to climb up the party hierarchy.

Perkasa, which has been at the forefront in fighting for the exclusive use of the term “Allah for Muslims, has also set up its Sarawak chapter, the only state in Malaysia without Umno’s presence.

The group has also been lodging police reports against politicians who stand in their way such as the PAS Shah Alam MP Khalid Samad, who supported the Roman Catholic Church’s right to use the term “Allah”.

“What Perkasa stands for today, was what Umno used to fight for when it was formed,” said a source close to the Perkasa leadership.

Umno began in May 1946 in Johor Bharu as an umbrella group for all Malay groups and parties opposed to the Malayan Union proposed to consolidate the Malay states after World War 2. It fought for Malay rights and later independence with allies MCA and MIC as the Alliance.

But a section of Malays, who form some 60 per cent of Malaysia’s 28 million population together with the natives I’m Sabah and Sarawak, think Umno has strayed from its founding ideals and is ‘pandering’ to the non-Malays.

Among them are ex-servicemen who have defended the nation and expect some rewards are retirement, such as taxi permits and business opportunities, which they see as rightful entitlements.

Prime Minister Datuk Seri Najib Razak’s emphasis on a new economic model and his move to free 27 economic sub-sectors after taking office last April has changed that equation and has pushed more Malays to join Perkasa or form its state chapters.

The Malaysian Insider understands that Perkasa’s first national assembly will be held by the end of first quarter of this year once all state chapters are formed.

“About 1,000 members were present, we expect to get 5,000 in every district, and the response was very encouraging” said Johor Perkasa chairman Datuk Abdul Rahman Bakar on the launch last Sunday.

“We are not trying to replace any party, we are here to complement Umno to remind the Malays,” Abdul Rahman told The Malaysian Insider when asked about the group’s ambitious plan.

“We welcome everyone, Pas or PKR, we are just defending the rights of the Malays and the social contract,” he added.

For political analyst Dr. Muhammad Agus Yusoff, there is nothing surprising about Perkasa’s growing strength.

“It is not shocking, they will most likely end up as a pressure group, on certain issues they will be seen with Umno, and on some issues they may not,” he told The Malaysian Insider.

“As long as they do not pose a threat to national security, they are perfectly fine, as most importantly the space for civil society groups to move freely must be recognised,” he added.

Agus noted that the ongoing debate on Malay issues has provided Perkasa a perfect environment to grow.

“We have become more ethnically divided, with the ‘Allah’ issue, church attacks, so Perkasa is benefitting from these issues.

“And you must understand Ibrahim Ali, he is a phenomenon, he has always been good at mobilising support,” he added.

“They can always fight for Malay supremacy, social contract, and oppose to liberalisation, so they are at the right place and at the right time,” he said, explaining the issues that resonate within the community.

Agus also said that the real question is whether Perkasa’s approach is sustainable.

Are you loosing your touch or simply just super busy?

Thaught of proposing Perkasa to be registered as a political party. Got bunches of supporters already. But NO: REMAIN IT AS AN NGO TO BE A VERY STRONG PRESSURE GROUP. For the Ideals.

I adore you, Ibrahim Ali. I equate you to Martin Luther King Jr. of the Malay World. You are the the loudest voice of the malays' rights at this moment. You have the dream, Ibrahim. We malays too have the dream.

Malays like you, Din Pungkok and Ibrahim Ali, are absolutely stupid. Don't for even a nanosecond dream of comparing Ibrahim to MLK.

I’ll have to agree with the Tun on this issue. UMNO has been rather weak and too confident these past few years. The way I see it, supports for the Malay- based party has been waning due to the party’s reluctance to admit that most of the Malays are no longer with UMNO.

Furthermore, UMNO needs to be more open especially in the way the leaders are portraying the party. For exp, PAS had opened up its membership to non-Malays. I think UMNO should do the same, but not through UMNO, but by using the BN.

The spirit of 1Malaysia, to me is not being represented by BN because it’s membership is dividing the Malays, Indians and Chinese (presented by MCA, MIC, and UMNO).