This blog warned that the TPPA negotiators' talk in Salt Lake City from 19th-23rd will be nasty. [Read here.]

Otherwise, the Americans won't be too sure of TPPA getting signed by December and Carlye becoming more confident with their entry into Malaysia. [Read here.]

MITI briefed everyone, including the media that everyone are equal in TPPA talk.

However, unlike the negotiation at other locations, it was different in Mormon country, USA. As predicted by Auckland University Prof Jane Kesley, the US was bullying using conniving negotiation tactics. By the look of things, there was no horse trading but gunpoint negotation.

Trade has and lawsuits has yet to commence under TPPA terms, but the bullying has began.

Kesley revealed it in her latest press release in the New Zealand independent news portal, Scoop, below:

‘The US has adopted a strategy of exhaustion in its bullying of negotiators on the crucial intellectual property chapter to force countries to trade away health in the Trans-Pacific Partnership Agreement negotiations in Salt Lake City’, according to Professor Jane Kelsey from the University of Auckland, New Zealand, who is monitoring the negotiations.

‘The US has stepped up its aggression as they move towards their “end point” of the TPPA ministerial meeting in Singapore from 7 to 10 December’, said Professor Kelsey.

The group on IP and medicines is being chaired by Assistant US Trade Representative for Intellectual Property and Innovation Stan McCoy.

‘This is a loaded game’, Professor Kelsey said.

‘McCoy sets the agenda and timetable. Negotiators are working from morning until late at night and preparing to work all night, if necessary.’

The US has around twenty people in Salt Lake City for the intellectual property chapter, who can rotate. Some countries have only one delegate for crucial talks on intellectual property on medicines. Their negotiations on medicines have been extended beyond the dates that were scheduled before negotiators came. They have continued despite the fact that some health negotiators, especially from poor countries, could not extend their stay.

This follows a pattern of abuse over recent rounds reported in Inside US Trade and other media, where McCoy has acted as a gatekeeper, deciding what proposals from other countries are allowed into the text and what are not.

‘This is a crucial period for New Zealand and a number of other countries’, Kelsey observed.

The text posted by Wikileaks last week shows they have tabled an alternative to the US proposed text that has been repeatedly rejected.

‘This is an early warning of the extreme bullying that can be expected in when the trade ministers seek to close the deal off in December’, Professor Kelsey warned.

‘New Zealand’s trade minister Tim Groser and his counterparts from the other ten countries must tell the US to stop this behaviour now’, she said. 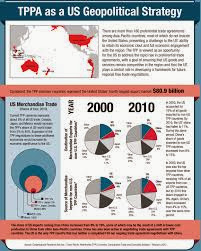 Forget Chile, Singapore, Brunei and New Zealand being the founding countries for TPPA. Salt Lake City confirms TPPA as what is already known. It is an American geo-global political strategy.

ACCCIM did not know what they are talking when they offered to lend a hand to support TPPA and claimed all the negative news on TPPA were merely speculations and rumours. Words like that gives Chinese businessmen a bad name.

There have been a change of mind, at least the Vice President of ACCCIM.


The Government should prioritise national interests over commercial interests where the Trans-Pacific Partnership Agreement (TPPA) is concerned, according to the Associated Chinese Chambers of Commerce and Industry of Malaysia (ACCCIM).

“ACCCIM is of the view that the Government should ensure that the costs to Malaysia will not outweigh the benefits,” vice-president Tan Sri Lim Sing said at a roundtable on the TPPA themed “Why TPPA matters to your business and how it impacts the market and industry” organised by the chamber.

Furthermore, he said the chamber was concerned about the controversy over the TPPA due to the secrecy and lack of transparency as well as the fairness and equitability to all stakeholders.


An extract from The Star report below:

Probably they had just realised that American lied when claiming China is interested to join TPPA. China may had been polite during diplomatic meetings. The US never had any intention to allow China into the negotiation.

For Malaysia, China is our biggest trading partner and if there is any special trade and investment concessions to be given, China is more deserving than the US or Singapore or Chile. 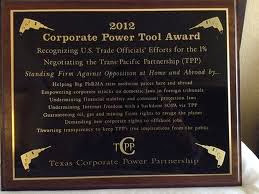 It's got nothing to do with trade but for the world's top 1% interest.

While the American are trying to ramp TPPA down the throats of others countries, things were not as smooth in the US itself


Of the 201 Democrats in the House of Representatives, 166 sent letters to President Barack Obama rejecting his push for a Bill to grant him fast-track authority.

It is embarrassing that the President’s own party members are so opposed to giving him that authority.

Another 28 House Republicans have also, so far, announced their opposition. Since 218 votes (a majority of the 435 representatives) are needed in the House to get fast-track authority, there appears to be little chance that the President will get his wish.

Congress has the power to adopt trade agreements negotiated by the Administration.

Under fast-track authority, Congress must approve or reject an agreement in total, but cannot alter it, thus enhancing the chances of the agreement being approved as a whole.

The failure to obtain fast-track authority has serious implications for the TPP, especially since the United States is by far the most important country.

Firstly, without fast-track authority, the US Congress can make any changes they want to the final TPP text agreed to by all countries.

The above is an extract of Martin Khor's column in The Star. Read on in here.

Rumour is saying that the new government in Chile, one of the four originating countries of TPPA have lost interest in TPPA. The American is making it into another US-Peru FTA bully, which all South American countries are aware.

New Zealand have a vocal voice in Prof Jane Kelsey.

Whilst, Brunei seemed to only following the suit of Singapore, in which they have their currency peg to. Sultan is probably only interested to marry another TV3 newscaster to replaced his divorced second wives.

In the meanwhile, one Dr Ahmad Ibrahim raised an interesting point in The Star here:


The fact of the matter is, the agreement (TPPA) is still under negotiation. As long as negotiation is still on, the outcome is at best uncertain. What is certain is TPPA will provide access to a market of 800 million people and combined gross domestic product (GDP) of US$27.5 trillion (RM88.47 trillion).

If China eventually joins, which many believe it will, the cake would be even bigger. As a country heavily dependent on external trade, are we ready to abandon this massive opportunity?

Based on the performance so far, there is no reason for us to be scared of emerging competition. As recent as a month ago, we were hailed as moving up to No. 6 on the competitiveness ladder.

Rather than sulk, he suggested:


.... we also do need ... to wake us up from the slumber of complacency and embrace innovation with much more vigour. ....

It has become clear over the years that, apart from a few of our industries such as palm oil, rubber, and electronics, the rest have not invested adequately in research and development, and innovation.

.... Studies have confirmed that competition is a powerful agent of innovation. Unless innovation becomes an important part of our business culture, we may one day regret to find that we fail to capture a decent share of world business!

Read on here.
Just be aware he is leaning for TPPA. However, his idea to heightened R&D is a more positive and beneficial reaction to TPPA, than suspicion of SOE sell-off.
at 11/25/2013 09:00:00 AM

But, to be brutally frank, what options are open to Malaysia?

(1) trust that the WTO will wrap up the Doha round by the end of the year?

(3)adopt a principled stand and withdraw from all ongoing FTA negotiations (including the TPP, discussions with the EU, RCEP etc)?

What will happen if Malaysia opts out, and our regional competitors go ahead and sign up for the FTAs?

How do we then ensure that the country will get it's fair share of investments, especially in the high-end areas where good and well-paying jobs are created?

Domestic investments doesn't drive the acquisition and implementation of new technologies. That's a fact, and if FTAs (with their IP protection clauses) aren't in place, there's no compelling reason for MNCs to bring their latest R&D findings and technologies to Malaysia.

If we aspire to be more than a commodities exporter (and from relying on PETRONAS to generate a substantial chunk of government revenues), then we have to have a seat at the table.

Not get decisions taken over our heads and then having to live with the consequences.

That may be ok for now, and it may assuage the more atavistic nationalist impulses out there, but it will doing a signal disservice to future generations of Malaysians who will have no choice, but to climb up the skills ladder, when every other country is trying to do the same.

How the Malaysian Government got involved with the TPPA negotiations is a mystery ? We can only look at those with a vested interest or motive. And the finger points at Singapore not even the United States because Malaysia is too small in her sights. It is Singapore.

Please read http://www.tremeritus.com/2013/11/26/kl-summons-sg-envoy-over-alleged-spying-again.. This is Singapore created World's Best fiasco. The honest Singaporean comments.. Simon. 'Singapore seems to have a habit of selling their friends and neighbours'. Meaning Malaysia and Thailand. And another comment,'Caught red-handed !' Our Great Statesman of Asia and the World Tun Dr Mahathir Mohamad said aptly in 2000 when Renong wanted to sell Time Engineering to Singtel."Sing and tell !"