US expect TPPA signed: Carlye to bolt on Malaysia 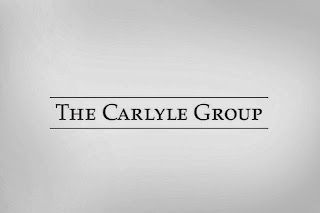 Reuters reported the infamous Washinton-based private equity firm Carlye Group is looking to acquire more businesses via their invested companies in the Middle East after their initial foray to buy a lighting company.

Carlye had businesses operating Malaysia before like their oil and gas subsidiary of Haliburton, Brown and Root Engineering. However, Brown and Root packed up many many years ago.


The news from Reuters, below:

"We are constantly looking for bolt-on acquisitions. I would not be surprised if there is anything next year. We had a very good experience in Malaysia with the acquisition of Davex. The rules here are very clear and transparent," Carlyle Group's MD and co-head of the MENA buyout team Firas Nasir told The Malaysian Reserve in an interview last month.

NOTE: Reuters has not verified this story and does not vouch for its accuracy.
($1 = 3.2025 Malaysian ringgit)

One can find out about GLC, Davex and original shareholder MWE in here, here, here and here but our curiosity is on Carlye's interest in Malaysia.

It's GDP growth have been struggling at 5%. There are looming problems, from within domestically and without internationally. The nation undergoing a challenging transformation and some level of political instability from the new openness. 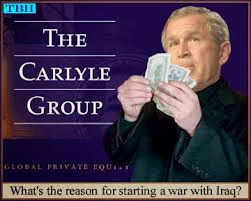 Carlye group have a certain notoriety. An extract from Wikipedia, below:


Carlyle has been profiled in two notable documentaries, Michael Moore's Fahrenheit 911 and William Karel's The World According to Bush.

In Fahrenheit 911, Moore makes nine allegations concerning the Carlyle Group, including: That the Bin Laden and Bush families were both connected to the Group; that following the attacks on September 11, the bin Laden family’s investments in the Carlyle Group became an embarrassment to the Carlyle Group and the family was forced to liquidate their assets with the firm; that the Carlyle group was, in essence, the 11th largest defense contractor in the United States.[70] Moore focused on Carlyle's connections with George H. W. Bush and his Secretary of State James A. Baker III, both of whom had at times served as advisers to the firm.

The movie quotes author Dan Briody claiming that the Carlyle Group "gained" from September 11 because it owned United Defense, a military contractor, although the firm’s $11 billion Crusader artillery rocket system developed for the U.S. Army is one of the few weapons systems canceled by the Bush administration.[19] A Carlyle spokesman noted in 2003 that its 7% interest in defense industries was far less than several other Private equity firms.[71] Carlyle also has provided detail on its links with the Bin Laden family, specifically the relatively minor investments by an estranged half brother.[20]

In his documentary The World According to Bush (May 2004), William Karel interviewed Frank Carlucci to discuss the presence of Shafiq bin Laden, Osama bin Laden's estranged brother, at Carlyle's annual investor conference while the September 11 attacks were occurring.[20][72]

Zeitgeist The Movie makes similar claims that The Carlyle Group may have played a part in 9/11.[citation needed]

The Iron Triangle also talks about links with the Bin Laden family; the documentary makes claims that Carlyle bought political favor to get investment dollars and arms sales to the middle east.[73]


In the wake of 11 September came a fear of anthrax attack. One company that benefited was Pittsburgh- based IT Group, which won a number of contracts to clean up anthrax-infected buildings, including the Hart Senate Office Building. Carlyle owned 25 per cent of the firm, which it subsequently sold on. Likewise its investment in US Investigation Services, a company that specialises in checking the background of employees, saw business improve dramatically.

'I do not exaggerate when I say that Carlyle is taking over the world in government contract work, particularly defence work,' one employee told Briody. Other Carlyle companies also benefited, including EC&G which makes X-ray scanners, Composite Structures, a maker of metal-bond structures in fighter jets and missiles, and Lier Siegler Services Inc, a major military contractor, providing logistics support. 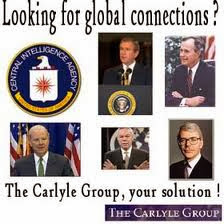 Carlyle - whose high-profile investors include George Soros and Saudi Arabia's Prince Alwaleed bin Talal - refutes suggestions it profits from war. Co-founder William Conway even went on record saying 'no one wants to be a beneficiary of 11 September.'

This may be true, but unfortunately for the Carlyle Group its investments are beneficiaries of this new era of multilateral conflict. Indeed, a case can be made that even those companies Carlyle wouldn't class as defence investments - and which aren't examined by Briody - have benefited.

Last month it bought CSX Lines, an ocean carrier firm that specialises in shipping heavy equipment. One of its biggest customers is the US military. Late last year it bought Firth Rixson, a specialist engineering firm that makes aerospace parts. It also has a 33 per cent stake in Qinetiq, the government's Defence Evaluation and Research Agency.

Whatever Carlyle says, its image as being at the apex of what Eisenhower termed the 'military industrial complex' endures.

As of December 31, 2012, Carlyle had $170 billion in assets under management across 113 funds and 67 fund of fund vehicles, investments in over 200 companies, invested in more than 250 real estate investments, and  over 1,500 limited partners in 75 countries. 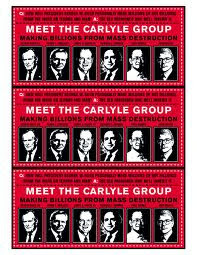 For the first 25 years of its existence, Carlyle operated as a private partnership controlled by its investment partners.

In 2001, the California Public Employees' Retirement System (CalPERS), which had been an investor in Carlyle managed funds since 1996, acquired a 5.5% holding in Carlyle's management company for $175 million. Then in September 2007, Mubadala Development Company, an investment vehicle for the government of Abu Dhabi of the United Arab Emirates, purchased a 7.5% stake for $1.35 billion.

In May 2012, Carlyle completed an initial public offering of the company, listing under the symbol CG on the NASDAQ. Following the IPO, Carlyle's three remaining founding partners, Rubenstein, D'Aniello and Conway retained the position as the company's largest shareholders. 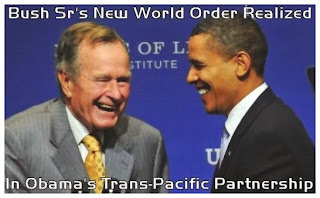 A DAP politician suggested to prepare for a downturn in two years. Forbes is trying to talk Malaysia down by claiming a bubble is about to burst. They are waiting for Malaysia to deny in order to confirm. This, Dato Wahid Omar already did.

The American just said they are confident TPPA will be signed by December in Singapore together with Australia, Japan and Malaysia. With Carlye already looking for investment in Malaysia, do they know something we don't know?
at 11/18/2013 05:02:00 PM

Please read http://www.tremeritus.com/2013/11/18/obama%e2%80%99s-secret-treaty-which-will-meet under the headline .'Obama's secret TPP treaty with 11 other nations.

Another half brother of the seven sisters... Wake up la.Najib

Well, there's nothing stopping Malaysia from competing with the likes of Temasek Holdings, GIC and the Abu Dhabi Investment Authority, is there?

We have Khazanah, PNB, KWAP and LTAT, among others.

There's nothing to stop them from going head-to-head with the big boys in the SWF world and the private equity industry.

So, why single out Carlyle, when you have other PE companies and hedge funds combing the region for good deals?

Why worry about your SOEs and GLCs if they are well managed and treat the world as their oyster?

Surely you are not going to trot out the trite excuse of "national service", are you?

How can it be "national service" when you keep on bleeding losses, and when you have to dip into public funds to keep you on life support?

"...With Mexico’s first excursion into a free trade agreement with the United States, both the Clinton and Bush administrations ignored, despite the evidence, the developing drug trafficking groups just across the border. The priority was always the passage of NAFTA and the economic growth of legitimate markets. Concerns were left off the negotiating table, prompting the Director of the DEA at the time to call it “a hot potato we were not supposed to touch, no question (p. 2).”

We have since witnessed the numerous side-effects of this short-sightedness: the culmination of an unprecedented body count, along with the terror, bombings, beheadings, mutilations, torture, mass graves, and other forms of suffering that have been inflicted upon the Mexican people in recent years. Regarding Mexico’s admittance into the Trans-Pacific Partnership, a call for caution must be issued by policy makers on both sides of the border, lest history repeat itself..."

What's drug trafficking along the US- Mexican border got to do with NAFTA?

The drug cartels were doing their nefarious business even before NAFTA came into existence.

The US DEA has never pointed to NAFTA as a reason for increased drug trafficking affecting the US.

I believe there have been many reports detailing the benefits that Mexico has gained from FTAs and an open economy.