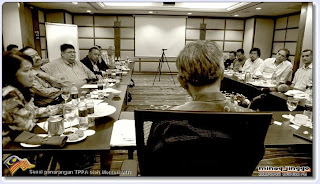 The TPPA has been described in many ways but these You Tube video titles and content - "A Corporate Trojan Horse" and "A Backroom Deal For The 1%." - accurately described the true intention of the TPPA

In late September, MITI Minister, Dato Mustapha Mohamad had an evening session with media and bloggers to repeat assurance the government will not compromise the nation's interest by signing the Trans-Pacific Partnership Agreement (TPPA). Jinggo here described the evening as enlightening.

In the evening session, yours truly had highlighted an article by Professor Jane Kessley, a Law Professor of the University of Auckland claiming the TPPA negotiation will tank and looks likely to fail to reach any form of agreements on the outstanding issues.

Subsequently in the discussion later, it was suggested that the government consider an exit plan. Maybe it is too soon.

The American and their capitalist backers are not ready to resign to fate. They have been manouvring quietly to break up the outstanding issues into different highly technical sessions.

The break-up sessions will be the new format a the special round of talks scheduled at Salt Lake City, US from 19 to 24 November. The US Trade Representative described the special rounds as meeting of ‘chief negotiators and key experts’ from the 12 countries.

However, it is not likely to address unresolved matters. The real negotiation will begin.

There will be horse trading and comprises have to be made or likely force upon to make the TPPA happen. The Americans will no more be nice guys but gun totting cowboys. Expect them to apply political pressure on the weaker nation to comply.

Maybe we could trust the leadership to take care of the nation's interest. Let's recall Najib's position in Bali:

THERE is no denying that Datuk Seri Najib Tun Razak came vigorously to the defence of Malaysia’s stand at the Trans-Pacific Partnership Agreement (TPPA) leaders’ talks in Bali last week.

The prime minister made it abundantly clear that whatever decision it makes on the regional pact, it would have to go back to its people through parliamentary debates and the Cabinet.

Like other negotiating countries, Putrajaya told the TPPA leaders’ meeting prior to the Bali Asia-Pacific Economic Cooperation (Apec) summit that it is keen to meet the targeted deadline by year-end.

Malaysia has always emphasised that the TPPA timeline must be on a best endeavour basis, so there is no need to rush it before that deadline.

During the 19 rounds of negotiations held so far, with the last one in Brunei in August this year, Malaysia made clear its stand: any decision will be based on the wishes of its citizens.

Malaysia will do whatever it is agreeable on as long as the terms of the TPPA are beneficial to its people and do not jeopardise its national and domestic interests.

Now, the key to all this is flexibility, which Najib stressed is a crucial ingredient to a successful outcome.

No doubt there are difficulties, but the bigger danger is arm-twisting by negotiating parties so that others are browbeaten and made to bend to the pact just to meet the deadline, although many outstanding areas are still unresolved.

For instance, Malaysia stood its ground on a paragraph in the TPP Leaders’ statement that says: “We have agreed that negotiators should now proceed to resolve all outstanding issues with the objective of completing this year.”

While it is desirable that the deadline be met by year-end, Najib was emphatic that it is an objective that cannot necessarily be achieved as “it is not cast in stone”.

What Malaysia meant was that it would continue to work for the conclusion of the TPPA but if there are substantial issues that cannot be decided within the stated timeline, then it should be extended until after the deadline.

They collectively make for a combined GDP of US$27.5 trillion (RM87.45 trillion), which is why Malaysia wants to be part of the negotiations, but on an equitable basis.

One can clearly recall the protracted years of negotiations at the World Trade Organisation, which came to nought after talks collapsed in Cancun, Mexico, due to the hardline stance of developed countries. This should not be repeated for the TPPA.

Like the 1994 Apec summit in Bogor, when Malaysia stood alone in insisting that trade liberalisation must not be non-binding, Malaysia too has strong reservations as far as the TPPA is concerned.

Hardline posturing benefits no one while flexibility enables a forward movement in these delicate negotiations.

Therefore, trade pacts entered into by Malaysia must take into account domestic interests, which is why Najib pointed out that the bumiputera agenda cannot be ignored.

Negotiators were told that Malaysia’s bumiputera policy must be seen in the context of having fair and just society because bumiputeras comprise 67% of the population and they include both Muslims and non-Muslim bumiputera.

If the bumiputera are left behind or marginalised, it doesn’t augur well for the long-term well-being and stability of the country. 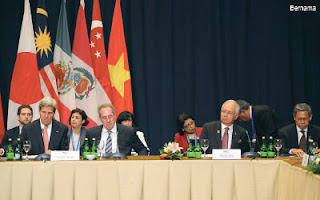 Najib (second from right) and US Secretary of State John Kerry (left) at the TPPA leaders’ talk in Bali last Tuesday. On the right is Minister for International Trade and Industry Datuk Seri Mustapa Mohamed. Najib said while every effort should be made to make the TPPA deadline by the end of the year, the signing should not be rushed if there are outstanding issues.

To this end, Najib expressed deep concern over several areas in the TPP talks as they impinged on sovereign rights pertaining to the formulation of domestic policies.

He minced no words when he said the TPP goes beyond the normal free trade agreement and investment pacts that Malaysia has had with many countries.

“As you go beyond that, into areas of intellectual property, investor-state dispute settlement, government procurement, state-owned enterprises, environment and labour, so you [will] impinge on fundamentally the sovereign right of the country to make regulation and policy,” he said.

One must take cognisance that it will be a challenge for the government in getting the necessary buy-in from the people if their concerns are not accommodated.

Negotiations on intellectual property rights (IPR), state-owned enterprises (SOEs) and the environment are proving to be difficult and hence there is a long way to go before Malaysia gets an acceptable outcome.

On government procurement (GP), Malaysia has taken a significant step forward and for the first time, offered to open its GP market in a binding way. Pushing Malaysia to go beyond what is possible under GP is not going to help its stakeholders to agree on the TPP.

Malaysia also finds it hard to accept the proposal on SOEs as it goes beyond the aim of creating a level playing field as SOEs have performed a useful role in achieving the country’s socio-economic objectives.

As for IPR, Malaysia has amplified more than others that it will not accept any proposal that would increase the cost of drugs and make healthcare more expensive.

As things stand, what is needed now is a realistic deadline on a best endeavour basis. If consensus can’t be found on current proposals, then an approach that TPPA countries can pursue is not to rule out addressing difficult issues as a built-in agenda to be taken in the future, without affecting the overall objective of TPPA.

Malaysia’s stand should not be misconstrued or misunderstood because it accepts that the TPPA is an important undertaking and as an open economy, it believes in free and fair trade. It wants to be part of this agreement, provided that its concerns can be accommodated. — Bernama

The concern will be the ability of our Malaysian negotiators to giveaway the farmhorse in exchange for a thoroughbred.

In the Japan FTA, we were handed the donkey. 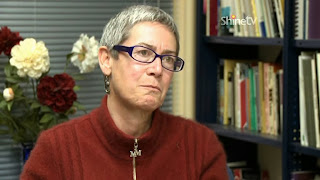 ‘Every ounce of political pressure will come on the negotiators during a special round of talks on the Trans-Pacific Partnership Agreement (TPPA) that are scheduled for Salt Lake City from 19 to 24 November’, according to Professor Jane Kelsey from the University of Auckland.

The meeting comes two weeks before the TPPA trade ministers will reportedly convene in Singapore from 7th to 9th December, immediately following the World Trade Organization ministerial conference in Bali.

The US Trade Representative has billed this as a meeting of ‘chief negotiators and key experts’ from the 12 countries.

That is an euphemism for the entire negotiating teams on three main chapters where there are still major unresolved issues - intellectual property, state-owned enterprises and investment - and possibly others, such as government procurement, rules of origin, and legal issues.

Those groups have already met during the last month and most have made limited progress.

‘This is clearly crunch time’, Professor Kelsey said. ‘The meeting aims to present the ministers with a platform for making political trade-offs, including on agriculture.’

‘The chapters on intellectual property and state-owned enterprises are still stuck. The US continues to make extreme demands. Countries who believe this will impose an unacceptable price on their countries are still holding out.’

‘A breakthrough on any of these areas would either mean the other countries have capitulated or the US has proposed a compromise that the US Congress will accept.’

‘A compromise would still go further than any existing rules, even for countries that already have free trade and investment agreements with the US’.

‘For New Zealand, it would mean far-reaching new disciplines on what governments can do. Even a whiff of dairy market access would be contingent on accepting those.’

‘But President Obama does not have fast track negotiating authority. Until he does Congress could reject any compromise as not going far enough’.

‘Of course, if the government has its way we won’t know what they are until the deal is done’. Professor Kelsey warned.

.. this time around.. hope the Malaysian TPPA story will be different,
on part of the checklist:-
1. PRU 13 - ticks done and accomplished,
2. UMNO election - ditto
3. ketua Umum sidelines - ditto
4. Demonstrations subdued - ditto
5. Malay folding back to their roots - on the way
6. Liberal trojan to be subdued - ditto
7. Arabs' spring spill over to be subdued - ditto

p/s - a reminder to those liberals and kitol's in the cabinet, many things can happen in 4 years.. when they do somethings onto others and fail, they better be ready for others to do onto them. After all in football a goal is enough...

Wikileaks has released the secret full report of the TPPA via http://www.tremeritus.com/2013/11/14/wikileaks-released-secret-negotiated-tpp-draft-text/ The Editor states that any country which signs the TPPA is a slave forever. The Government went through 19 rounds of secret negotiations without informing the Dewan Rakyat. The TPPA only benefits Singapore.