Highlighting positive, but concern and cautious 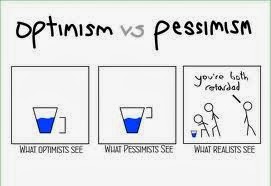 When only bad news pervade the air space and Internet, it is only fair that the positive side of it is made known and propagated. One cannot be too sceptical or critical all the time. It only makes one unrealistically negative.

The problem is there is a rising segment of the population that refuse to listen to both sides of an issue but quick to make conclusion and pass judgement on limited information. The national leadership should be made aware or it will be their last term in government.

In a previous posting "Bought and sold on rating agencies", it was a sceptic tone against rating agencies. Such is the mood set, the positive part may have been overshadowed.


Not quite familiar with AMP Capital, but their Chief Economist gave positive words for Malaysia for it's resilient economy and "determination to succeed".

Though mentioned that the economic growth is dependent on government spending and domestic demand, thus raising concern on household debt, he feels it is a long way to go. He feels government will do the adjust and take corrective measures.

[Read on bankruptcy in Malaysia here and here]

Credit Suisse Economist Santitam Sathirathai see the economy rebounce as long as tax reform and GST stays according to plan. Dato Najib must have the political will to continue to carryout unpopular measures like slashing subsidy, and broadening tax. Concern on capital flight was also raised.

The difficult choice for Najib will be between realising the "I Love PM" campaign and doing the unpopular steps promoted by "the market". In the past, his unpopular measures is balanced with popular measures which negate the measures taken to improve the bottom lime.

Recently, he called tax evaders as traitor. It brought a cynical remarks from Dato A Kadir Jasin. To quote him, below:


THE PM sounded desperate. Untypical. All this while we have been told and assured repeatedly that everything is OK - the government has money, the Treasury is filled, revenue collection is good and billions of ringgit of foreign investments are flowing in.

Read his posting in full here.

In the video, Shane claimed GST is a good tax and broaden the tax base. When compared to income tax and others, it does not give rise to market distortion.

On the other hand, the segment of the public with highest marginal propensity to spend, which is almost 100% of their income for the lower end segment, will face the immediate impact. It will be like taxing the poor and saving the rich.

So it depends on the list of goods and services. Fresh from their annual conference, opposition will go to town on GST. There will be a talk on GST tomorrow (Saturday) 8:30 AM at Kelab Sultan Sulaiman, Kg Baru by Persatuan Pengguna Islam Malaysia. The list of goods should be made known.

In the event of a political fallout from the economic impact of policies to increase property assessment in Kuala Lumur and Pakatan states of Selangor and Perak, rising salary of Menteri Besar, Exco and State Assembly positions, removal of sugar subsidy, hike in fuel prices, sharp rise in property prices, etc., what will both side do? 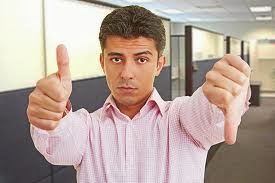 With an economic growth languishing at the 5% and as the video report described the economy's reliance on government spending, domestic demand and credit, the choice of policy makes the Mat Salleh so-called expert happy.

However, it is inflationary and consequently have a dampening effect on growth, income and employment. 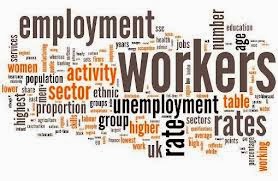 The government mentioned graduate unemployment at 76,000 but that is practically about the same figure spinned by the post currency crisis NEAC. The number can't be the same.

If University students still in school are worried for their future employment prospect upon graduation, it is more serious. It must be about 200,000.

Yet Talentcorp is established and spent large amount of money together with traitor-ous act of tax exemption for their luxury cars.


The employment market is also not creating economic confidence and giving fianncial stability by placing entry level graduates as contract employee and subjected to KPI to keep their jobs but not sufficiently lucrative reward for meeting the KPI.

The voters profile for the next general election will see the 40 and below constitute more than 65%. They are not a happy lot to please with them opening their ears to the generally younger profile opposition leaders.

It shows Dato Idris Jala's high income model, which was recently highlighted to us that it had deviated from NEAC II's original New Economic Model, have not trickled down.

Only the urban top executives are getting 5-6 figure monthly income and multi-million annual salary but industries are reluctant to increase salary and wages for lower level jobs.

Then there is also the issue of minimal income. It is facing a snag. Both the GLC and government Ministries itself does not respect and support the minimal income proposal promoted by MIC's Dato Subramaniam. A case study to follow.

One of the cause of the flat economic growth happening now (and this blog have long advocated for a serious solution) is the absence of an economic sectoral leader.

In the era of Tun Dr Mahathir, there was manufacturing to bring in the growth but Tun Abdullah shelved the Industrial Masterplan (IMP) by turning the 5 year plan into a 15 year plan. Malaysia had not seize the opportunity from emerging new growth sector.

Other than it's reliance with oil and gas, the balance of economy growth came from low growth agriculture and artificially propped by infrastruture spending, credit driven domestic spending, and financial services and financial-related sector including property.

The commentator went on to caution, "Capitalism from certain standpoint breeds GREEDS whilst other smaller economies really does not learn from the fiasco of Wall Street - subprime and the rest?" 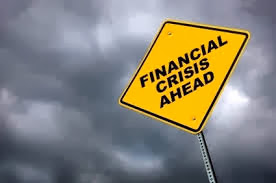 There must be concern and caution.

Not only the domestic economy still need work structurally but there are an impending concern of crisis proportion from abroad. And, it is not exactly the same problem but similar characteristics with Malaysia.

There are a sampling of videos to watch (if you have the time).


Another one on the country also spying on us.


The UK as a indication fo the future of Europe, below:


The video below is seeing crisis in EU and concern on modest growth slowdown adjustment in China. As we already know, China is our biggest "genuine" trading partner. Singapore is big also but is a mere transit for the rest of the world.


Whilst, the video below claim indicative signs of distress and slowing down in China:


Whether we like it or not, the government is justified to take the necessary steps. 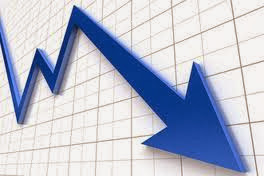 Another problem of concern is that our policies seemed incoherent. On one hand, it is doing this but on the other hand, another policy or the conduct or statement of policymaker is doing something else which contradict the policy.

That is the reason the opposition is poking on the Prime Minister's wife recent middle eastern trip on government's private jet. It is the simplest, easily understandable and emotionally explosive issue to highlight government's in-coherency and inconsistency. It is a home-run out of the ballpark.

It brings us to issue of confidence.

The government's penerangan machinery is out-moded in their approach and cliche in their delivery. It is as good as good as defective. The propaganda team to counter opposition's lies seemed to be sleeping, defensive and in disarray after the general election.

It does not help that our leaders are silent and our Ministers are not able to communicate coherently. Read the on critical mode Outsyed The Box here, here, here, here and many more here. And he is racing up the pro-UMNO ranking chart.

How many bother to response like this SMS forwarded to us from a "third party":


Assalam Bro... Read ...post. We r doing what we think r d right measures for d country. Not easy nor popular. But will do so responsibly. Govt & corporates borrow fm d market. Credit rating determines d cost of borrowings. So when we do d right things, we hope rating agencies will respond positively.

I apologise if I appeared to 'gloat' when I mentioned Fitch as no 3. Just wanted to put across d point that there r 3 rating agencies and Fitch is the 3rd one. When Fitch revised their outlook on Msia to -ve, the other two maintained their outlook at stable. Of course Moody's has revised it to +ve now.

It is our hope Fitch will eventually revise their August 2013 assessment that "prospects for budgetary reform and fiscal consolidation to address weaknesses in the public finances have worsened since...general elections". Tks for support.

Sure we should not be too sceptical and negative, at times listen to the positives but we remaine concern and caution. Its an unpredictable and volatile world out there.

Take care and have a nice weekend cause we are ....


A 1968 bluesy version from Canned Heat.

Its time we face the music. Our premier is stupid. End off. Its like he is setting himself up. The opposition should have a field day but unfortunately, they too are stupid.
There really is no positive. What happened to germany in early part of 1900s will hit the world. Malaysia is no exception. Instead of blowing the dollars on hard assets, we are blowing it on rosmahs fuel, lembu project, overpriced laptop for students. U name it we've done it. No steps are taken to counter the eventual demise of the dollar the correct way. All this growth in malaysia is superficial. Its bullshit.