Arabisation and Malay culture of the future

Tan Sri Johan Jaafar wrote a column in The Star with regard to the recent Congress on Culture.

He is repeating a call once made by Tan Sri Dr Rais Yatim when he was holding the Culture portfolio as Minister.

He wrote here, "... as the Malays become more Muslim, they become less Malay.",

One observation on the nature of Malays is that they are quite flexible. They are able to adapt, or adopt or embrace the best or the worst of other culture and influences.

Being flexible has it's advantage for a race that is still trying to rediscover its past glory and regain back lost time.

However, Johan Jaafar, Rais and many others are concern with Malay adopting other culture and forsaken their own in the name of Islam.

More so, Malays have its own Islamic tradition and intellectual history.

Off course, the definition of culture within the current globalised world of open borders, connected, and free flow of capital, trade and information need a reassessment.

Before discussing this further, the article below:

With Arabisation, whither Malay culture?

You don’t need to be an Arab to be a Muslim, but many seem to be abandoning their customs and traditions.

I HAVE said it many times: as the Malays become more Muslim, they become less Malay. They are discarding almost everything that they perceive as positing “Malayness” and embraced what they believe to be “Islamic.”

In doing so they are losing their real identity by trying to be what they are not. There is a real issue pertaining to identity struggle and contestation among the Malays today. In the name of religion, they are questioning not only how they look but their tradition, even folktales and performing arts.

Islamisation is not about Arabisation. You don’t need to be an Arab to be a Muslim.

But what we are seeing in this country today is the process of Arabisation of the Malays. The Malays have never been as confused in manifesting their true identity as they are now.

Islam is never against the discourse on race. The Quran acknowledges the existence of tribes.

But propagating a notion of one’s race as superior to others is not acceptable. In short, there is nothing with wrong with manifesting one’s race and at the same time professing the religion.

It used to be a lot less complicated back then. The race is Malay, the religion, Islam. Insofar as there is no conflict, race and religion co-exist.

But things have changed significantly over the last few decades. The Islamic movement of the 1970s has pressured the Malays to rethink their culture.

The fault lines were established. It is like telling the world that one needs to “look Muslim” to be one. To “look Muslim” is by imitating the Arabs.

There is a new demand to be “more Muslim”, for example in attire. Gestures, too, matter. 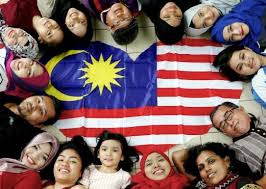 To expect Malays to stay to its tradition and cultures, it need to have a strong sense of identity to be proud of their way of life and value system.

It may sound like an old Mahathir record, but Malay need to be economically, politically and socially capable in order to have the cultural confidence.

For a start, Malays should not belittle their own and be excessively critical of themselves to the point of negatively stereotyping themselves.

There has to be a change for a positive attitude.

Malays have to be united or in a less political-cliche term, exist as a proud and viable community that cooperate and collaborate to bring each other up.

The Malay culture and history has the right values and ethos, including the spiritual aspect of Islam. While political power is still within its grasp, though withering bit by bit, there is the social foundation to work on.

All Malays needed is to transform their economic condition to be more sustainable and self-reliant.

It is one way to stem the bad habit of looking at others positively but look at themselves negatively. 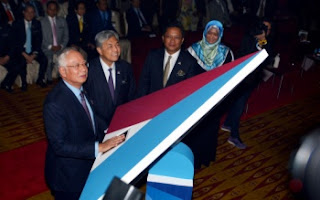 The emphasis this time, as taken from Bigdog's blog here, are the five main thrusts as defined in the strategy below:


1. Economies and scale and passage to grow. Bumiputra corporations would be supported, facilitated and encouraged to grow into the market.

2. Empowering the talents of Bumiputra. Government would make it a national agenda to facilitate and support the building of talents amongst Bumiputra, in any fields be it academic, commercial, science and technology, professional, arts and culture and sports

3. Improve the resilience of Bumiputra entrepreneurs. Special programs such as Skim Jejak Jaya Bumiputra identify highly potential Bumiputra companies and being nurtured with the target to be listed in Bursa Malaysia.

4. Enabling the social mobility amongst Bumiputra. Bumiputra entrepreneurs would be facilitated and supported to explore and strengthen their trade beyond our waters, as part of the social mobility transformation plan with increasing the quality of life to another level.

5. The holistic transformation for the Bumiputra

An economically independent and confident Malays will evolve a viable culture of its own and create a modern civilisation.

They could be pondering on the future and carve out the evolution of a modern Malay culture with its core values intact and relevant with the world and technology of the day.

I have problems with that Johan Jaaffar article. His 'evidence of arabisation' is weak!
Earlier Malay qariah not covering aurat surely did not show earlier Malay culture goes well with Islam the religion? The so call arabisation is the Malay adapts by changing the culture in form of appropriate veil we can see nowadays. Surely some go steps further by wearing niqab etc but in general people know that (niqab) is not Malay culture.
Then the arabisation of greetings: sanah helwah, eid mubarak etc; is no different with 'englishation' happy birthday, merry eid whatsoever.
Malay culture adapts. Islamisation is not arabisation. People dont replace Malay dance with arab dance, Malay folktale with arab folktale.
The problem is not Islamisation. The problem is people not care enough of Malay culture. People dont dance Malay dance anymore anywhere. Not in schools, not in majlis kahwin, not in national tv.

Malay is known for Perangai Hasad Dengki (PHD). Is that the Malay culture Johan and Rais wish to preserve?

The Arab is known for their temperament, argumentative and quarrelsome. Have we followed that behaviour?

Maybe we are beginning to but we learned it not from Arab but a Mamak faking himself as a Malay ultra who eventually work hand in hand with DAP. Mamak is also teaching Malays to be conniving and pretentious, after duping thhem relentlessly.

Malays have been emulating the Mat Salleh but why no complain by Johan and Rais? Blur...

Are the Malays able to "look inside themselves"? Many couldn't and wouldn't. So like any hypocrites many tend to follow what is vogue. Even religion to some is vogue!!!Westernism, Malayism, Arabism are just secondary weakness marked by sheer lack of understanding of what it truly means to be a person, a Malay and a Muslim. So like herds many simplistic thinking Malay simpletons rush to doing what "others" are doing or thinking like what "others" are thinking, !!! That is vogue. Never mind "jati diri"
never mind "own identity", never mind "good thinking ability". For as long as Malays follow the "herd" they are safe!!!????
The Malays were not like this before. At least that's the way I recall I have been brought up. My father, a "pondok product" instil in me the true meaning of being a person,a Malay,and a Muslim.

People change their culture and behaviours because they are not happy with what they have. So what is wrong in becoming more Arab? After all the holy prophet was an Arab.

People don't dance malay dance anywhere anymore not that they don't care. If they do they will be scorned upon. They have the notion that dancing and singing are not islamic.
A majlis kenduri has become more like a majlis agama. No more malay songs on only marhaban and berzanji type of songs and music.
The doa selamat is so long and become meaningless, what a pretence.
In school teachers bother more on the length of tudung not the lack of character of their students or their civic consciousness.
Being religious but so petty. That has become our people.

Here you are talking about Malay being Arabised. Your Mamak friend below think he is Turkish.

My pity biggest pity is his wife is chinese, he can't decide his son is malay or indian, or half malay half indian (mamak) or turkish or chinese.

Tek the alphabet together and create a new acronym mitch

We need to ponder further Johan Jaafar's article! He is not talking about the vsible outer appreance only in term of clothing and purdah. The world view of the malay had changed together with the outer garnents, the thinking systems. Even some of my middle east friends make remark like ' why are malay dressing like the arabs? Our thinking and the way we aporoach religion has changed , we look on outside like clothing in deciding one' piousness. If woman without headscarf will be tormented and abused and will be marked as candidates for hell. As long you wear arabic clothing you are deem to go to heaven. we are more concern about rituals than spiritual journey and inner cleansing .

Anon 9.13 am ... Wow now is everybody faults if malays done anything wrong ! so innocent ya , it takes one mamak to make all malays to be conniving and pretentious? malays are so pure that they have desendent straight from heaven?? It always other races that bad and evil and made them bad , from the Jews, the chinese , indians and now one mamak mahathir so powerful to make the malay so bad. Your brain may be corrupted from eating too much belacan. I hope not all malays will think like you think. Alalh say in the quran that Allah will not change any race unless they change and improve themselves. Stop blame game , change your mindset
When that one mamak ruled last time all the malays flocked behind his tail for contracts and business and positions in power. Now to get dedak from the PM in power you are critising mahathir. Pas also joined with DAP and divided the malay . Why not critise them, Have you seen Pas supporters rolling on the street in protest of last year general election , blockout protest... sudah lupa ah

It need more in depth valuation of what Malay, Arab, Islam, Mat Saleh, Mamak, Cina, India, etcs. Then only you could define in your article the thin line that intercept what being discussed.

Well the arab culture during Prophet s.a.w time and now is different completely. Islam has been used to gather support for pan arab movement. Dont why the malays get involved and thinking this is islamic struggle? See at the middle eastern countries state now. Malay will say ' padang jarak padang tekukur' . Too many different segments and groups are fighthing in every wars in the middle east. I know this is part of divide and rule policy by the western and now they are even clever by letting the arabs to kill each other so USA can cut trillion debts.
My point is we are here confused and get ourselves entangled in the struggle which is higly political and geographical . We are not Khlaifah on earth as we should be, we are at the bottom and low level, muslims are running and seeking refuge in western countries and not in islamic countries. Many muslims are living in deplorable condition. We need to move beyong clothing, serban, rituals and cult.