The Star reported yesterday a Court of Appeal judgement against JAIS, the Selangor Islamic Religious Department.

JAIS lost a lawsuit by landowner and developer, United Allied Empire Sdn Bhd (UAE) in the force acquisition of a 26-acre of land at Bestari Jaya.

A list of state statutory bodies were instructed by the court to pay cost of RM100,000, including Selangor Islamic Religious Council (MAIS).

The temptation to rejoice as it is somewhat of a vindication [read here, here and here].

But one is talking of the Court of Appeal (COA) here. Do read back this past posting here that had a passing remark on COA.

The prejudice against COA is partly formed for overturning judgement against religious authorities in the Seremban cross dressing case.

There is an overwhelming tendency to overturn High Court judgement made in favour of government, particularly religious authorities.

The report came from the newspaper that unfairly slandered Dato Shahabudin Yahya, MP for Tasik Gelugor by misreporting his debate in Parliament on syariah ruling on marriageable age of young women as allowing rape victim to be married off to rapist.

The Star report was suspiciously descriptive in legal terminologies in their report.. 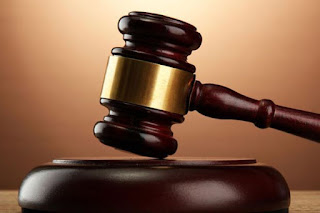 PETALING JAYA: In a landmark decision, the Court of Appeal ruled that the forced acquisition of 26 acres of private land by the Selangor state government and five state authorities including the Selangor Islamic Religious Department (Jais) was unlawful and tainted with bad faith.

The court in its grounds of the judgment made available Friday morning restored and enhanced the protection of landowners' rights in Malaysia against such possible land grab.

It stated that there must be strict adherence to the procedural requirements and steps in law that public bodies must fulfil before forcibly acquiring private land.

The judgment stemmed from the case between the landowner and developer United Allied Empire Sdn Bhd (UAE) that had accused Jais and the other state bodies of abuse of power for the unlawful acquisition of the land in Bestari Jaya in 2013.

The case clearly was one of procedural impropriety, the court held in its 36-page judgment.

The appellate court also granted all 24 reliefs that UAE had sought, including a court order compelling the Selangor bodies to declare their actual intention for acquiring the massive plot of land in Selangor's Bestari Jaya.

The Court of Appeal granted a total of RM100,000 in costs to UAE for proceedings here and in the High Court, with half of it to be paid by four respondents - the Selangor Land and Mines Department director, the Kuala Selangor land administrator, Jais and the Selangor government.

The other half is to be paid by two others which UAE had sued, namely the Selangor Islamic Religious Council (Mais) and Selangor Zakat Board.

The High Court had on Dec 3, 2015, dismissed UAE's application for a judicial review to quash the acquisition decision.

The court was told that there was an existing mosque occupying 0.2 acres of the 26 acres of land. In its development plans for the entire plot of land, UAE had, on its own accord, set aside 0.8 acres for the existing mosque's expansion.

The defendants claimed that the acquisition was bona fide as the planned "mosque" on the 26 acres of land would include a religious school and a burial site, for public purposes.

The bona fide basis of the land acquisition was kept to the minimal. If there is bona fide basis to acquire for public purpose, why the judgement by COA came out this way?

There could be legal reasons or interpretations.

UAE is defended by lawyer Rosli Dahlan. Could it be a coincident that cases involving Rosli always get psyched up or twisted by the media - mainstream or pro-opposition or social?

Can anything 'Islamic' ever stand a chance in an opposition State that is anti Islam?
Just look to the oppression of the Malays and Islam in Singapore (aka SINGAPURA as it's known in it's 'national language', Malay).

Some judges could abuse their power to charge bloggers without influence on court decision for contempt of court.

However they could ignore lawyers like rosli dahlan to use media to influence court decision through the media.

This could be an attempt to scare off the state from appealing to federal court.

Why is Azmin keeping quiet and media not posing question to the selangor political leadership?