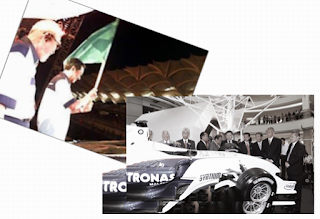 Tun Dr Mahathir just made a remark that the way to bring down the number of civil servants is through privatisation. It is a political statement intended to send the message his past initiative was justifiable and he has solution for every problem.

An early rumour claimed Mahathir will leave PPBM to head Pakatan Harapan. He will chair PH and be the proposed Prime Minister. If  succeed, he will persuade Kelantan Agong to forgive Anwar and pass the post to him.

There is something illogical but this is what was heard.

Nevertheless, CUEPAC President was not happy with Mahathir's comment. Pushing the civil servants to the private sector means loss of job security. However, the real problems are it was marred with cronyism, power abuse and corruption, false efficiency, rising cost of living, and easy money from stock market play.

It is reasons like these that Mahathir's past legacies, except the physial pyramids he built, could not last. The policy initiatives of Dato Najib's father, late Tun Abdul Razak lasted till today. Only few failed but it was Mahathir's undoing.

F1, Proton and public transportation are another set of Mahathir's shiny example of planning failure and implementation that went astray due to political expediency.

Currently, the pentaksub or protoon are vigorously defending Mahathir's F1 by recycling arguments and claiming the cancellation is another politically motivated move to destroy another of his legacies.

Typical in most arguments by Mahathir and his pentaksub, it is simplifying a complex issue for the kampong folks, selling dreamy visions, and ignoring fundamental issue particularly financial consideration. Beginning to realise the truth in a claim by an old Mahathir operator that he does not understand finance.

This posting rehash two commentaries from The Mole - "Was the long-term benefit to host F1 realised?" and "The price for neglecting public transportation". The indented are quote from the two articles. 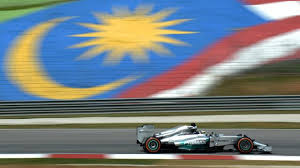 To be fair to the pentaksub, their points are valid arguments to promote F1 at the initial stage. After 19 years, were the claimed benefits realised?


SINCE 1999, Malaysia has been host to the premium Formula One motor race (F1) sports event. Then, it was the only race in South East Asia and the second in Asia after Japan. The Sepang International Circuit (SIC) had a unique circuit and its two fast straights were a favourite with drivers.

The novelty has faded. There are now six F1 venues in Asia, including another one in South East Asia. The government has decided to call it quits. This 2017 season will be the last.


One of the benefits then was international recognition and promotion of the country. F1 promote the country on the global stage via its worldwide TV coverage. The event is broadcast to 130 countries and the one-and-half hour race is viewed by an estimated 390 million TV viewers worldwide in 2016.

In turn, there is brand awareness for Malaysia. It then should help the economy.

However, it is difficult to quantify. Of late, viewership has been on the decline due to losing interest from the dominance of the Mercedes AMG Petronas team. In 2014, the estimated viewer worldwide was significantly higher at 550 million.

To be fair to Mahathir, F1 could have catapulted Malaysia to the international stage.

At the initial stage, it did but not anymore:


Before critics argue to offer alternative item for budget cut, Singapore was reported to consider quitting earlier than Malaysia.

It could be a ploy by Singapore to renegotiate a new contract. Nevertheless, the 100,000 three-day attendance in the first year has declined to a daily average of 73,000 in the last season. Critics need be aware too that Shanghai and other venues are on the verge of quitting too.

But, the competition may have contributed to Malaysia’s declining attendance.

Back in 1999, the forecasted sale from just the grandstand seats was about RM50 million. There are one-day, two-day and also three-day passes sold to foreigners at RM500 and RM250.

For the past four years, ticket sales have been on the decline. It is a daunting task for SIC to fill up the 30,000 paddock seats and 100,000 hill-side seats.

F1 tickets are expensive and beyond the affordability of average Malaysians. Only motor sports fanatic and foreigners could afford paddock seats. After the initial few years, Malaysian corporate lost interest in buying the corporate seats and in advertising.

Although the sport is expensive, the argument was that the potential revenue is huge. The New Straits Times then used the Australian Grand Prix in Melbourne as an example of success.

Has the Sepang race been so, ever?


Local race promoters have to also pay race fee to the F1 owner. The actual figure is not known. Contract agreement prohibits disclosure to third party but is known be continuously on the rise.

According to a March 2017 article on Forbes magazine website, the annual racing fee range from US$49 to US$58 million. It is usually a flat fee and is continuously rising due to a built-in annual fee escalator to take into account rising prices.

Because of their pulling power to the rich and famous, only Monaco do not pay racing fee.

It is for similar reasons that F1 wants Singapore badly thus the hard bargain.


According to Datuk Nazri Abdul Aziz, since 2008, the government had spent RM300 million a year to host the event. As Tourism Minister, he would have been aware of the declining number from F1-related tourism.

Furthermore, the revenue generated from track-side advertisement has to be shared with the F1 owner. TV broadcasting rights is with the FIA owner that Malaysian TV stations have to pay to broadcast the Sepang race.

According to ESPN website here, "... the sport's rights holder, the F1 Group, receives all the revenues from trackside advertising, TV rights and corporate hospitality at the races".


The cost could not be recouped. This has yet to take into account the capex for construction of SIC, and its maintenance. More so, F1 is not the only user of the SIC race track.

After 19 years, it is looking more to be an ego trip than economics. Basically, the host is merely a facility manager and assisting the race promoter.

When organising team personnel arrives in Sepang, they take over the show. Equipment, including helicopter for emergency use, food for racing crew, and catering equipment at the pit building are brought in together.

Local participation in organising and retail business is limited. 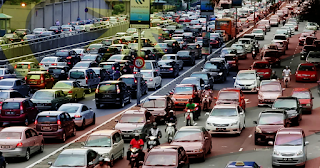 Engine development was inextricably linked to the national car project, Proton and the private transportation mode of the past. In the long-term, the car ownership policy is unsustainable and public transportation is urgently needed.

Car manufacturing is difficult to sustain for a country with small domestic market. 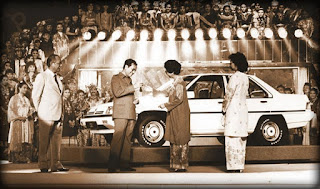 Though the Proton car project was meant to spearhead Malaysia’s drive into industrialisation that started in the 1980s, the car ownership policy failed and emulated similar transportation problem experienced by the US.


In the US, the car ownership policy has eaten up much of the  government subsidy and came with long-term economic cost!

Valuable economic time wasted for the hours stuck in traffic jam daily. There is the high occurrence of stress, and stress-related illnesses. The number of cars on the road  has resulted in air pollution and high CO2 emission. 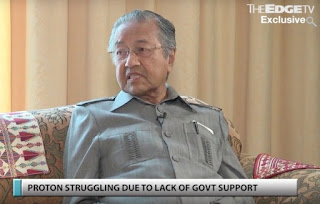 The car ownership policy tailored to artificially meet an indicator of wealth came with large amount of subsidy channeled for cheap oil, highway construction, and Proton.

There were economic benefits and acquisition of technology and management skill derived, but in the long term, and it is happening now, it became an inconvenience and discomfort for the public and city dwellers.

The excuse to not plan for mass transit then was that it was expensive. Resources were needed for other economic priorities.

If a cost benefit analysis is to be undertaken today, the economic surplus will likely be limited and artificial. If the rising cost of living and billions lost to bailout and keep Proton afloat is considered, it is not a surprise that it turns out negative. 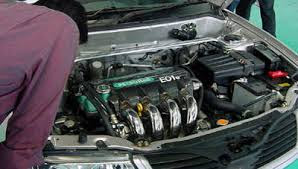 In 1999, the then Prime Minister said, Malaysian could learn from the technology related to engine design and production.

The Petronas engineers in the Sauber F1 team acquired the knowledge and experience to develop the E01 gasoline motor engine in 1997. Proton acquired the engine rights in 2012 for more than RM45 million, some reports mentioned RM63 million.

The engine was renamed as Proton E01 engine. However, more R&D is needed before Proton could replace the current CamPro engines. The amount runs in the hundreds of millions that at one time, Proton wanted to sell the engine to a tractor manufacturer in China!

There was technology intent but the only technology venture yet to generate any return. 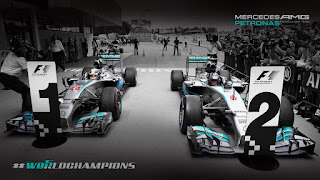 All is not lost and it was Najib's administration decision that supported Petronas to work with Mercedes.


Petronas and Malaysia benefited more from the visibility of the four-year champion Mercedes AMG Petronas team than the one and half hour TV coverage of the Sepang race once a year. And, Petronas does not need to waste money to sponsor the event. 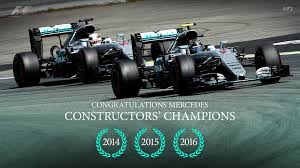 There was economic benefit derived from the use of Petronas lubricant for Mercedes road cars sold and research collaboration on lubricant development.


One concern then was the capability of Malaysia and Malaysians to benefit from too fast technology advances. The benefit from F1 could be limited. After 19 years, it is partly proven as true.

It is time for a reality check. F1 is considered a luxury past-time for the rich and famous but without the returns for the promoter. In view of the current austerity drive, it is an endeavour the government should no longer waste money on. 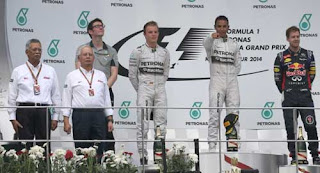 Current administration has better foresight to seriously look into public transportation to build new train line, and put the linkages together. As Malaysia becomes part of China’s One Belt, One Road Master Plan and site for the recently launched Digital Free Trade Zone initiative with Jack Ma, logistics will be the future economic growth sector.

Lets not make repeat the same mistake as the past:


If the main shareholder of Malaysian Airline System (MAS) had the foresight to strategically pursue cargo air transport over people transport, and stayed the course on the investment in Hann Airport near Frankfurt, Germany, there would not have been a Malaysia Airline Berhad (MAB).


Shame on you, ABITW. You will never appreciate Mahathir, or at least give him credit when it's due, but condemn him no matter what.

He is Malaysia's necessary devil.

Nothing to be shamed off. It is a fact and the reality.

The point is not about giving credit where is due. By doing so, the point that all good idea has its expiry date will be lost.

It is something Mahathir cannot accept. No man is an island. He has past his time. Retire in peace.

Everyone is suppose to listen and follow him. So he goes all out to bring Najib down.

Till today he has no solid proof of Najib wrongdoing. Only ask law enforcememt -local and foreign, to investigate. When none found, he sue them and make wild accusations.

He thinks pkr, dap and pan will listen to him. Tunggu bila mereka dapat power, they will dump him like an old rag.

Mr Brick,
You should continue to write about all losses incurred by GLCs to substantiate your mettle
In marketing there is a strategy called LOSS LEAD/LOSS LEADER
An item is selected to sell below market price in order to draw the crowd that they buy other items in the store at market price
Overall the vendor attracts more sales
F1(USD 4 billion industry) is a cog in the tourism industry where hotels tends to benefit
There is also such a thing called REBRANDING the product
Why is F1 a success in other countries?